In demonstrations and at the Riga Book Fair, Latvian publishers and writers protest the ‘unjustifiable evil’ of Putin’s war on Ukraine. 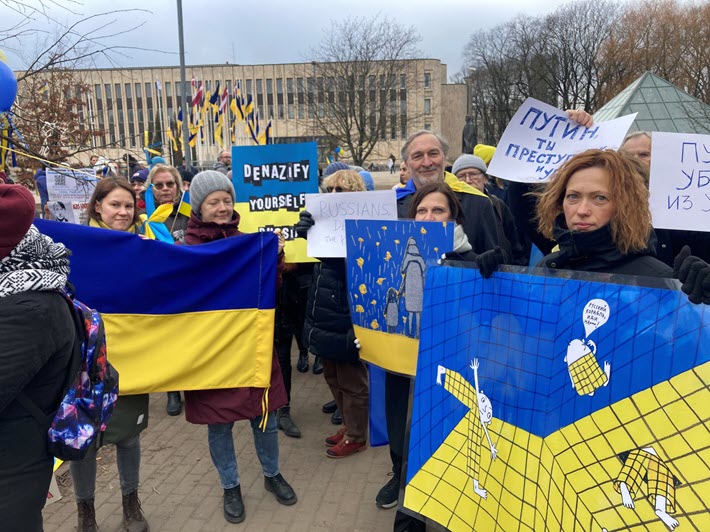 ‘Russian-Speaking Authors in Our Community’

Held from Friday to Sunday (March 11 to 12) at the International Exhibition Center on Kipsalis Street, one of the topics tackled in a discussion sequence onstage was the concern now gaining traction in many world markets about translators’ need for credit on book covers–something we’ve just touched on in the Booker Foundation’s support for the #TranslatorsOnTheCover campaign opened last September by the United Kingdom’s Society of Authors with translator Jennifer Croft and author Mark Haddon.

Friday’s “Translators’ Names on the Covers” session in Riga was supported by the Aldus Up program and Creative Europe, and organized by the publishers’ association.

The Debate About Russians and Putin’s Aggression 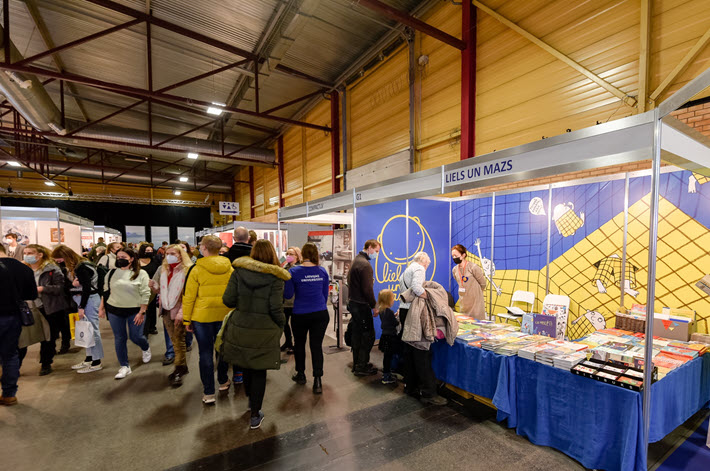 At the Riga Book Fair 2022. Image: BT1, provided by the Latvian Publishers Association

Punka points out that one issue many have found difficult is the question of how Russian and Russian-language members of the publishing community may perceive the situation. Many of our interviewees and those providing statements to the news media reveal the conflicted feelings some have in terms of blocking Russian state institutions’ participation in international fairs and other events. 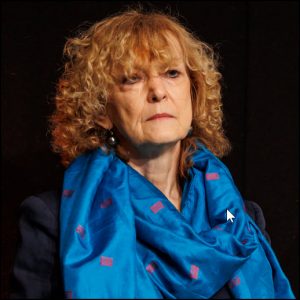 We have a story on independent Russian publishing people whose names quickly disappeared from a protest petition when the Duma on March 4 in Moscow established a potential prison sentence of up to 15 years for public protest of Putin’s military, including the targeting of civilian targets.

As this story is written, the United States’ secretary of state Antony Blinken has pointed out in Washington how hard it is to believe that these incidents could be accidents–and that deliberate targeting of civilians is universally understood as a war crime in the broadest sense.

On Wednesday (March 16), Sophia Ankel reported at Insider that Russians who have fled are finding that they’re “heckled and charged more for rent in their new countries.”

Some see this as a time to ban participation of all Russian publishers, even those who are independent and not aligned with the Putin regime’s aggression. Others see most non-aligned Russian publishers as welcome at international events and as publishing players sometimes being unfairly distanced.

“There are Russian-speaking authors in our literary community,” Punka says, “and there are various reactions to the conflict in the society at large.

“We, as word people, have to speak about it and find the right way to consolidate the attitudes–peace should be restored as soon as possible, but not at any cost.”

Artur Punte: ‘Fighting on Behalf of All of Us’

A recent poetry reading from the ensemble named Orbīta, Punka tells us, highlighted this debate, dealing with the dilemma of finding “cultural diversity and mutual understanding in Latvian society.” At issue, of course, is the distance that can form between people amid the tensions of Putin’s assault; the Kremlin’s effective news blackout that can keep many Russians in the dark; and growing frustration that it’s hard for the international community to understand clearly whether Russians at large fully know and/or condone or condemn the war. 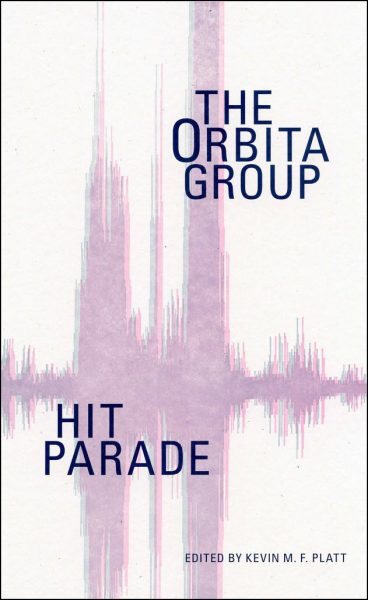 One  of the founders of Orbīta, Punka tells us, is Artur Punte, a poet some of whose work has been translated by Ugly Duckling Press and others. Cultural diversity and mutual understanding, Punka tells Publishing Perspectives, have been focal topics for Orbīta’s writers since the group’s formation in 1999. Punte, Punka clarifies, is Russian by nationality and formerly wrote in Russian.

And Punka has kindly obtained Punte’s permission for us to quote briefly from a speech he has given. On February 26, Punte was among poets who marked the third day of Putin’s assault by reading from their works on the subject of peace. A representative group of publishers and authors, Punka says, gathered in front of the Russian embassy in Riga “with slogans and thoughts of solidarity.”

Punte mentioned in his remarks that he has no poems of war. “War is blunt, tasteless and trivial,” he said. “So, let’s talk about it in a direct, vulgar language. Do not decorate it with unnecessary imagery. Let’s talk about war without poetry! Let’s do not [romanticize] this bloody crime and catastrophe! Honestly, I do not believe that poetry, music and other beaux arts–all that I admire, that makes my life worth living–can help in this terrible moment.”

Here are several excerpts from Artur Punte’s commentary from February 26, courtesy of the author, and with our thanks to Punka for securing Punte’s permission for Publishing Perspectives to use them.

As you’ll see, he has a clear experience of what it is to be Russian in this era of Putin’s regime. His reference to 2014, of course, is to Putin’s annexation of Crimea.

“We all clearly understand that not so far away–just several hundred kilometers from here–Ukrainians are fighting on behalf of us. This statement has become a banality already. In this very moment, Ukrainians pay with their lives for the time we gain. Let’s use this invaluable and precious time responsibly. We have to help Ukraine sustain and we have to prepare ourselves.

“This war has not come to Latvia yet, but it has already deprived us of so much. It has changed our plans, forced us to renege on many intentions, taken over the place in our minds reserved for new ideas and dreams … 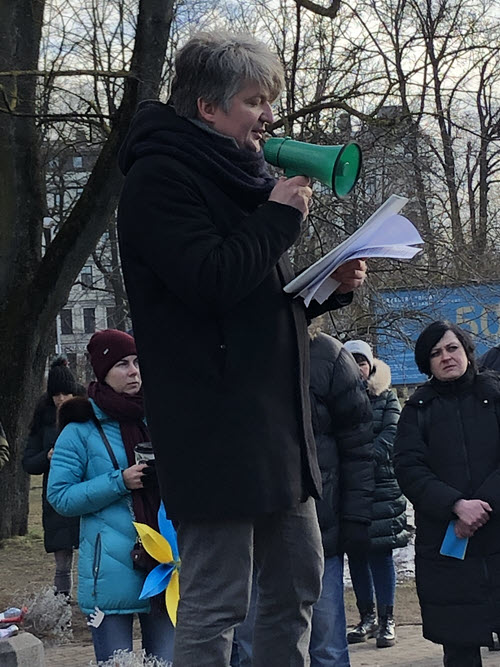 “Putin is a man of the past, and he draws us back into his bloody history. He lowers the benchmark of discussion, pulls us back …

“In 2014, Putin has deprived me of a nationality and language to which I considered myself to belong–I discontinued being Russian and stopped writing poems in Russian, because I could not any longer think in a language whose loudest voice is Putin’s–not the voices of Russian poets, scientists, and intellectuals.

“These people are being ignored, banished, excluded, and persecuted. They have no influence on society at large while one single voice is heard all over the planet–the voice of a despicable, poorly educated person from KGB circles, a voice talking in a primitive tongue with a limited vocabulary. This is a modern Russian language, that talks to the world today.

“That’s why I am keeping just some expletives from all the riches of Russian language to say: ‘Putin, go to hell! F— off with your “Russian world”!’ …

“We should not be ashamed of our anger because the target of our hate is absolute and unjustifiable evil which has a name–it’s Putin’s Russia.

“Let’s be pragmatic! Let’s think what we can do! It’s not enough to express our feelings, we need to make an impact on the events. We already proved during these first days of war that we can act and be useful:

“As a person working in a field of language I can only suggest some principles of public communication:

“Putin is at war with Ukrainians because they are free. He cannot accept the idea that the Russian people he has enslaved will become free one day. Putin could not reign one single day if Russia were free.

“Putin is a man of the past, a risen Soviet zombie who has returned to his grave. History goes our way, and Ukrainians will succeed.

Our thanks again to the Latvian Publishers Association’s Renate Punka and to poet and media artist Artur Punte in Riga.