The ninth iteration of the China Shanghai International Children’s Book is moving its 2022 dates to the latter part of July, under COVID-19 restrictions. 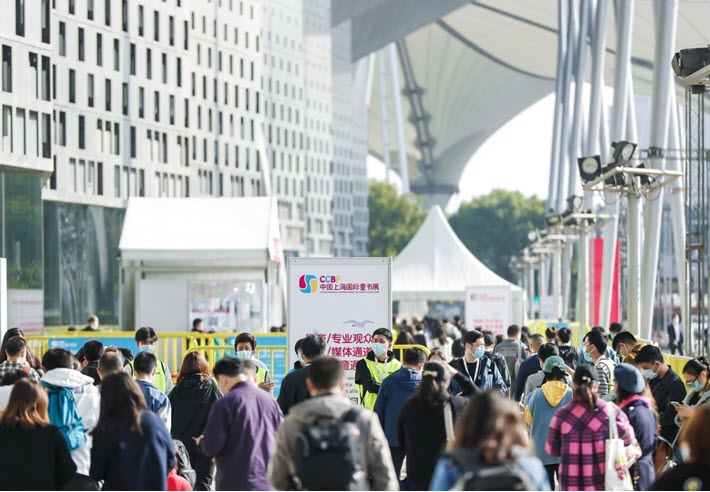 In an announcement placed on its site today (March 3), the China Shanghai International Children’s Book Fair has announced a postponement of its trade show to July 22 to 24.

The book fair was originally scheduled for March 20 to 22, but has been moved in response to a governmental spread-mitigation order in the still-ongoing coronavirus COVID-19 pandemic.

The order, called Decree [2021] 251 in the announcement, coincides with what is charted by the Johns Hopkins Center for Health Security monitoring system as the highest number of new cases since spring 2021. For contact tracing and notification, daily reports in the Shanghai news media announced the demographic details (“female, 56, retiree”) and street addresses of those who are reported to have been diagnosed with new cases.

As reported by Sha Hua and Keith Zhai for the Wall Street Journal, it’s reported that China may continue with its so-called “zero COVID” approach, but will be experimenting with opening measures by summertime, some of which might presumably affect the staging of the Shanghai fair.

“We are sorry for the inconvenience this new development may bring you,” reads the announcement today. “The organizing team is now handling all the proceedings derived from this new situation in the best interest of our exhibitors and visitors.”

Messaging indicates that the Shanghai event looks to return to its normal schedule in November 2023, which will be the program’s 10th anniversary as the self-styled “only fair fully dedicated to books and specific contents for children aged from 0 to 16 in Asia Pacific.”

The program  notes that trade visitors to the Bologna Children’s Book Fair (March 21 to 24) will find Shanghai’s stand at Hall 26, B84. It also speaks of continuing with planned “real-time events to connect the Shanghai and Bologna networks.”

In its 2019 edition, Shanghai reported 418 exhibitors, 186 of them from outside China, 32 countries, all told, represented. The show’s professional program ran 345 events, and that number includes reading promotional activities. All told, the headcount for attendance is reported at 40,987 visitors, 16,145 of them professional (trade) attendees. 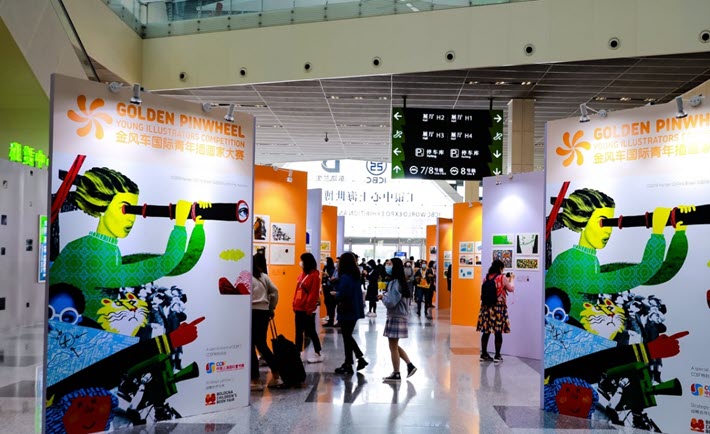 At the exhibition of artwork from the Golden Pinwheel illustration competition at the Shanghai fair, 2019. Image: CCBF