Even amid the excitement and pleasure in an in-person staging of Bologna Children’s Book Fair, the Ukraine nightmare was never forgotten. 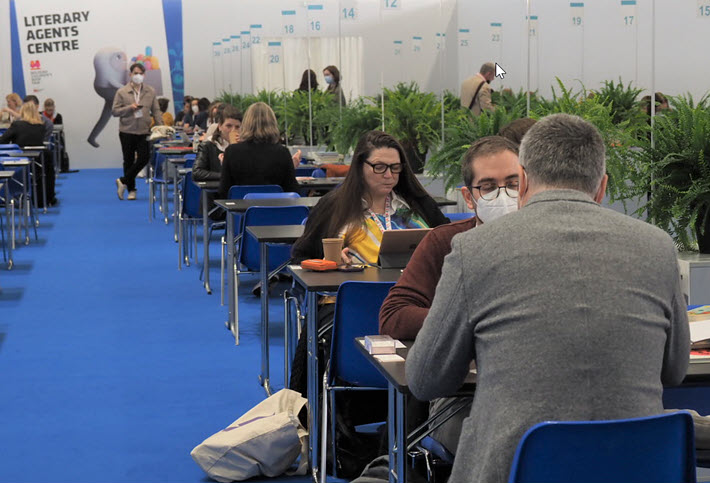 Robust Meetings and Concern for Ukraine

It can take some time before rights reporting catches up with deals that still are settling out after a trade show like Bologna Children’s Book Fair. But everywhere at the big show this week in Italy, one-on-one meetings were busily going forward, both in the agents’ and licensing centers and on publishers’ stands. 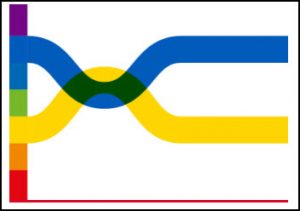 And throughout the show, pride of place and honor was given to work from Ukraine, as well as to initiatives developed and announced to help Ukrainian publishers. In our Rights Edition’s roundup today, we want to follow suit and start with a work from Ukraine.

You may have become aware of Andrej Kurkow’s work first on March 11, when Susanne Bauknecht at Diogenes in Zurich included his illlustration work in our Rights Roundup for Tania Goryushina’s Why Nobody Strokes Headgehogs.

Today, Bauknecht is presenting Kurkow’s Grey Bees, which involves the Ukraine separatist region of the Donbas. The original publisher of Grey Bees is in Kharkiv, which holds much of Ukraine’s printing operations.

And unfortunately, today (March 25), the news from the already beleaguered second city is not good. A video report from The Guardian sees civilians who were queuing for aid hit by Russian shelling. As many as six Ukrainians are thought to have been killed, 15 injured, and these numbers may change, of course, as more is learned about the incident.

Images in The New York Times’ live updates on the Ukraine situation show a large fireball in Kharkiv as part of the attack, occurring even as the American president, Joe Biden, has wrapped up his stop in Poland.

In our final entry today, from Matthes & Seitz Berlin, we have work of Yevgenia Belorusets, short stories by an author who divides her time between Kyiv and Berlin. 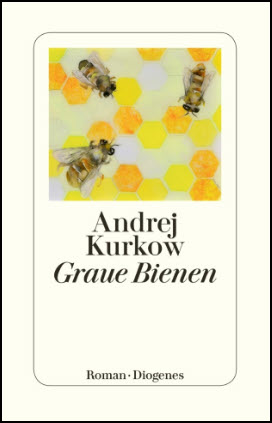 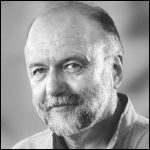 “Beekeeper Sergey lives in the Donbas, where Ukrainian fighters and pro-Russian separatists exchange gunfire on a daily basis.

“He survives by following the motto: Hear nothing, see nothing—stay out of it.

“His only concern is the well-being of his bees. Because the bees’ world continues to be ruled by intelligent order and wonderful productivity, even as mankind wreaks havoc.

“One spring, he sets off: He wants to bring the bees to a region where they can collect nectar in peace.”

Andrej Kurkov was a Fulbright Scholar working in San Diego in 2021, and holds an appointment to France’s Légion d’Honneur (2014). He was a jury member for the International Booker Prizes in 2009, and has been named Ukraine’s Artist of the year (2001) and winner of Rome’s Gogol Award (2012). His screenplay of A Friend of the Deceased, based on his own short story, had a showing screening at Cannes in 1994. 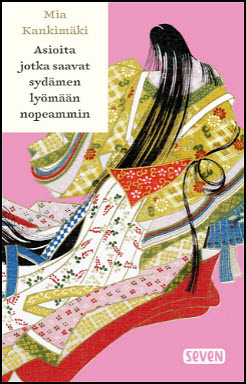 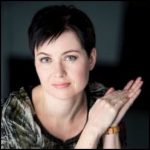 Mia Kankimäki is the author of the bestselling Women I Think About at Night which has sold into 20 territories.

She travels to Kyoto to research Sei Shonagon, a Japanese writer and lady-in-waiting who wrote about her life in the court of Heian-era Japan. 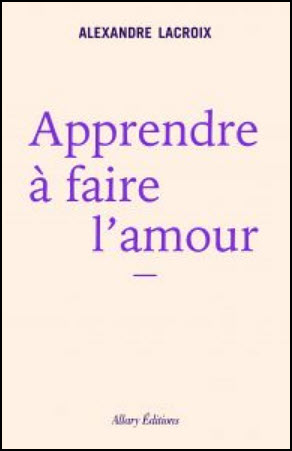 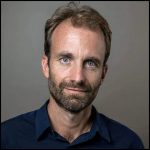 “In other words, in the 21st century, what would a truly satisfying and accomplished sexual relationship look like?

“In order to find out, Alexandre Lacroix presents short chapters, each of which offers a lesson about one facet or aspect of making love. Neither straitlaced nor moralizing, he doesn’t try to elude anything, addressing issues like preliminaries, rhythm, force of habit, changing positions, making noise, and orgasm, but always from a philosophical point of view. Drawing both on his own experience and on the writings of the great thinkers about sexuality and love, he writes on a new type of method. The art of eroticism for our time.” 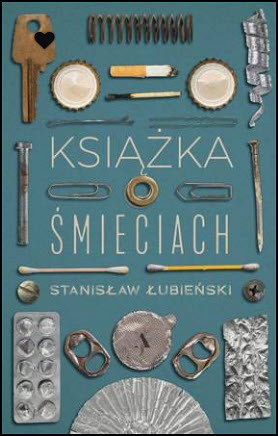 What We Leave Behind: A Book About Trash 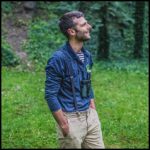 “Both have their favorite habitats; forest habitats are often different from riverside, beach, or meadow habitats.

“What We Leave Behind is a beautiful book about the rubbish we create in our everyday lives, what happens to it, where it goes, and whether it will outlive us.” 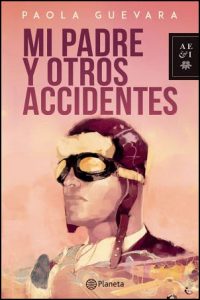 My Father and Other Accidents 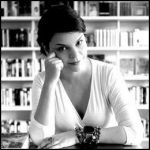 This is “the story of the author’s decision to meet the man who claims to be her father and to have coffee with him once a week, every week, for a year.

“During these meetings, Paola and Fernando share their lives and develop a close friendship. “They plan to get a DNA test, but as their friendship grows, they fear: what if they’re not father and daughter, after all?

“Recounted in raw and honest prose, this is a deeply touching Colombian novel about second opportunities and what it means to be a family.” 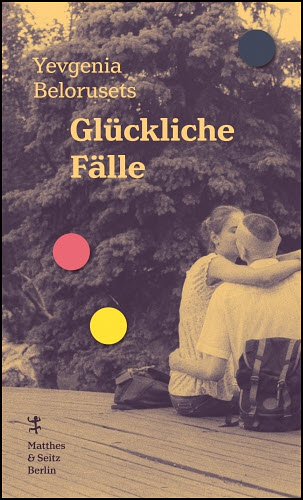 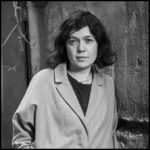 “Out of the Ukrainian region of the Donbas, the women of Belorusets’ collection of stories emerge from the ruins of a war, still being waged on and off, ever since the 2014 Revolution of Dignity.

“Through a series of unexpected encounters, we’re pulled into the ordinary lives of these anonymous women: a florist, readers of horoscopes, a witch who catches newborns with a mitt.

“Belorusets threads these tales of ebullient survival with a mix of humor, verisimilitude, and a profound Gogolian irony.” 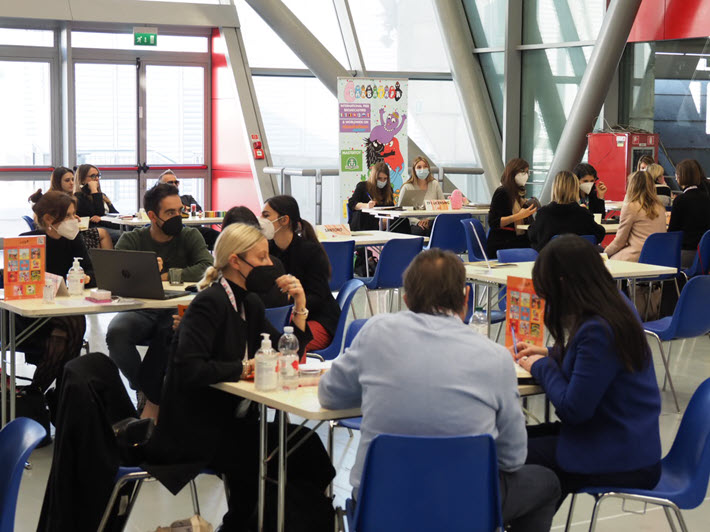 In the Bologna Children’s Book Fair Licensing Business Lounge this week during the return to a physical staging for the tade show. Image: BCBF

More of Publishing Perspectives‘ Rights Roundups are here, and more from us on international rights trading is here.