The road to Bologna is paved with awards programs, of course, and a French book-and-film project has just been named a winner. 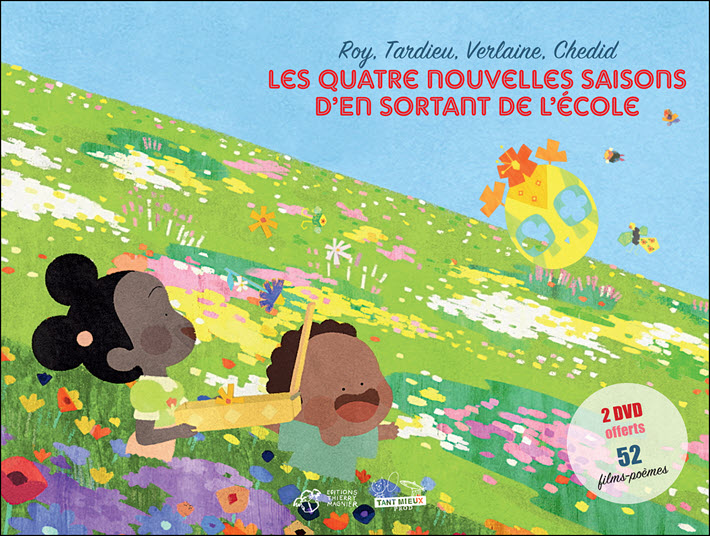 ‘Les quatre nouvelles saisons d’en sortant de l’école’ from the producer Tant Mieux Prod, is an animated film based on the book from publisher Thierry Magnier. The film is the winner of the 2022 Bologna Children’s Book Fair Cross-Media Award

As we prepare our pre-Bologna Children’s Book Fair (March 21 to 24) Rights Roundup—a collection of works for younger readers provided to us by our rights professionals—the trade show has just announced today (March 11) the winner of the second edition of its Cross-Media Award, created to honor “editorial projects that have best known how to expand their narrative universe toward other media.”

Known simply as Sortant de l’école, or Leaving School, the piece was created by Éditions Thierry Magnier in association with the production house Tant Mieux Prod, and you can get a feel for it in the trailer we’ll embed just below. (Give it a spin for the music alone, a jaunty brightener for your office.) And there’s more news: the film has been selected for the Young Audience competition of the 44th Clermont-Ferrand Short Film Festival. 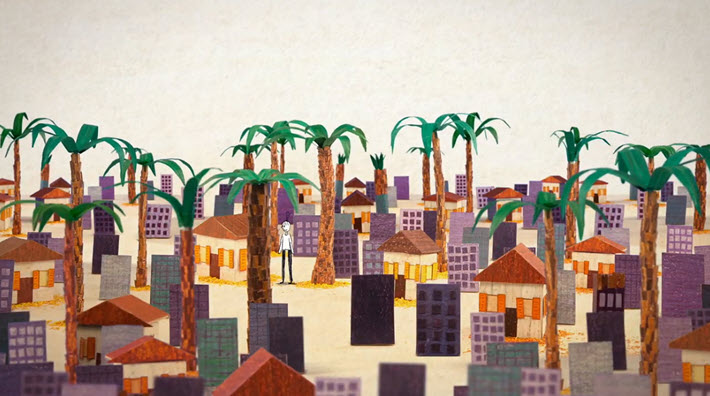 In its rationale, the Bologna jury writes, “Les quatre nouvelles saisons d’en sortant de l’école is a fascinating project that brilliantly manages to bring the poetry of four great authors closer to the younger audience.

“The starting point is the power of the poetic texts, which have been skillfully transposed into an illustrated book, itself inspired by a collection of animated shorts. The particularly interesting aspect of the project is the fact that the execution of the shorts has been entrusted to young graduates of French animation schools.

“Poetry and animation intertwine in an inspired work, masterfully executed, made with bold illustration techniques and adapted in each episode to the individual poem. The attention to the images, together with the details of the soundtrack is impeccable.

“The risk was that the work might reduce the sensitivity and spirit of the 52 shorts inspired by the words of de Roy, Tardieu, Verlaine and Chedid to a simple portfolio. Instead, the variety of emotions and illustrative techniques also emerges from the printed pages, making them a precious insight that reaches the heart of the project. In fact, the book manages to capture the nuances, the essence and the sensitivity with which every young filmmaker has responded in an imaginative and exciting way to the poem.”

The choice of this grand prize and four special mentions comes from more than 80 projects presented to the jury. They’d first cut things down to a 10-title shortlist.

You can review the winner and those special mentions on the award’s page here.

And we start our roundup today with a book that seems to catch, maybe a bit painfully, the terrors of the moment, Arne Svingen’s When Rabbits are Scared, which is about being a child in wartime. We’d like to commend to you the statement from the International Board on Books for Young People (IBBY) on the Russian assault on Ukraine. We have that for you today as part of our ongoing Ukraine coverage here. 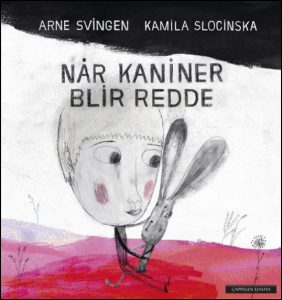 When Rabbits Are Scared 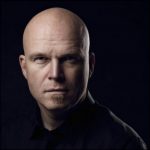 “A stark and beautiful picture book about being a child in a world at war.

“What’s it like to be little when even your own mother cannot guarantee everything will be alright?

“But one day their apartment block is hit by a bomb, and both Mom and Wild Rabbit are gone.”

Arne Svingen is a Batchelder honored author (2017) who writes for adults as well as children. He has also written several radio plays for NRK and graphic novels. A number of Arne Svingens’s books have been sold abroad, and he reportedly has been translated into 14 languages, most heavily for his book The Ballad of a Broken Nose (2012). 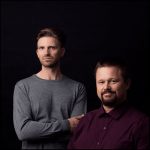 “A middle grade sci-fi adventure packed with action, with likeable characters. It’s a colorful universe teeming with intelligent species, all with distinctive characteristics, culture, biology, and technology, a galaxy with both miracles and shadowy mysteries in fast-paced adventures into the unknown. The chapters are short and easy to read with a lot of dialogue, and the book is filled with four-color images including a foldable illustration.”

In the series, “12-year-old Alice and 10-year-old Elias live with their parents in the suburbs. One evening their mom disappears, and their dad is arrested by the police, suspected of being involved. Alice and Elias decide to save their parents and head for the forest to search for Mom. But they find something completely different. In the same forest, Brock, captain of spaceship The Eye, searches for a long-lost crewman. Brock and the siblings will soon realize that they have a common enemy.”

Källner and Johnsson, in a joint quote provided to us by Jenni Brunn at the Grand Agency, say, “We grew up with video games, comics, science-fiction books and anime films.

“We’re passionate about this project. ‘Heirs to Empire’ are the books we’d have absolutely loved as kids. Now as parents, with a considerable number of works behind us, we still cherish that sense of wonder. We want to share that feeling, and this abundant universe we’ve created, with readers everywhere.”

Here’s a short trailer for the new series. 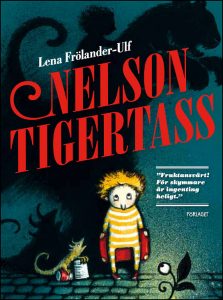 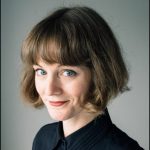 “Nelson Mareng stands alone in the train station in Deludenstad, a city in which most are in too much of a hurry to help a stranger.

“But not everyone. Suddenly, Nelson is involved in a world full of dangerous secrets, fake news, and grand adventures.

“The reader embarks on a trip beyond Deludenstad’s tidy facades in Lena Frölander-Ulf’s tender and humorous book about friendship and daring to stand up for what feels right.”

Frölander-Ulf is a Helsinki-based author and illustrator who writes in both Swedish and Finnish. She has been nominated for numerous awards, including the prestigious Finlandia Junior twice. 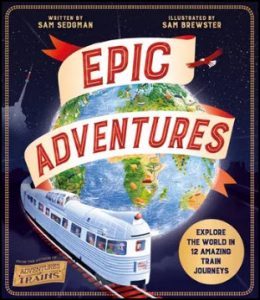 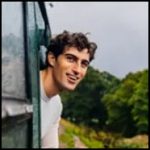 “Climb onboard and travel across six continents, 34 countries, and through numerous cities via 12 of the world’s most amazing train journeys.

“Sam Sedgman’ text about train journeys includes the Orient Express, the first Transcontinental Railroad, and the Rejuvenation Express. Each locomotive adventure reveals some of the rich history, culture, landscape and wildlife of the countries traveled.”

Regular readers of our Rights Roundups will recall that we last heard about Sedgman’s book last July, at which point the title had three sales (into Czech, Chinese, and Russian). It’s interesting to see that Macmillan has almost tripled those sales at this point. 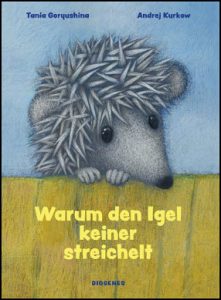 Why Nobody Strokes Hedgehogs 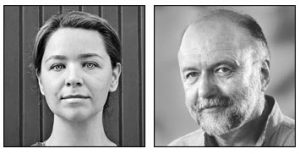 “The little hedgehog is sad. The other animals are constantly being petted: the dogs, the cats, the hares, and the horses. He’s the only one that no one strokes.

“But one day he meets a clever field mouse who shows him that we’re all lovable just as we are. And that sometimes it’s a wonderful thing to be wild and free.

“A story about true friendship and the joy of accepting yourself as you are.” 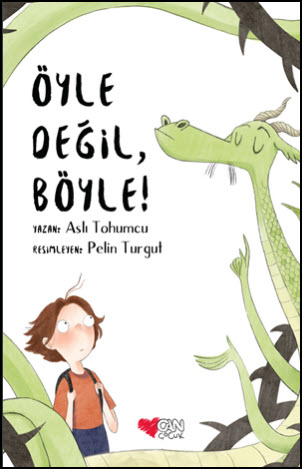 “All fairy-tale characters have gathered to protest against the storyteller.

“Snow White does not want to be awakened by the kiss of a prince. 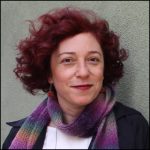 “The damsels in distress don’t want to be saved, but instead want to defend their rights.

“So they’re all in search of a new storyteller who will rewrite the classic fairytales.

“This story was written for a project named Awake Not Sleeping: Reimagining Fairy Tales for a New Generation organized by UN Women, a project of the United Nations “dedicated to gender equality and the empowerment of women.

“A global champion for women and girls, UN Women was established to accelerate progress on meeting their needs worldwide.” 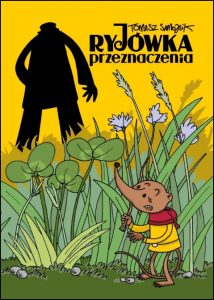 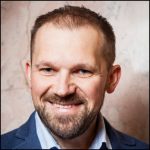 The “Shrew Saga” is described as “a fantasy series about the world of shrews and other forest animals.

“Being a shrew is not easy. Dangers lurk everywhere. Once the ancient prophecy of doom has begun to come true, the minks have invaded the peaceful Shrew Valley. And fire threatens the forest.

“To make matters worse, Dobrzyk, the worst candidate for a hero, turns out to be the ‘chosen one’ to save everyone. Intricate ecological processes, predictions of dubious efficiency, a lot of chases and daring escapes.”

This is Publishing Perspectives’ 47th awards report published in the 50 days since our 2022 operations began on January 3.