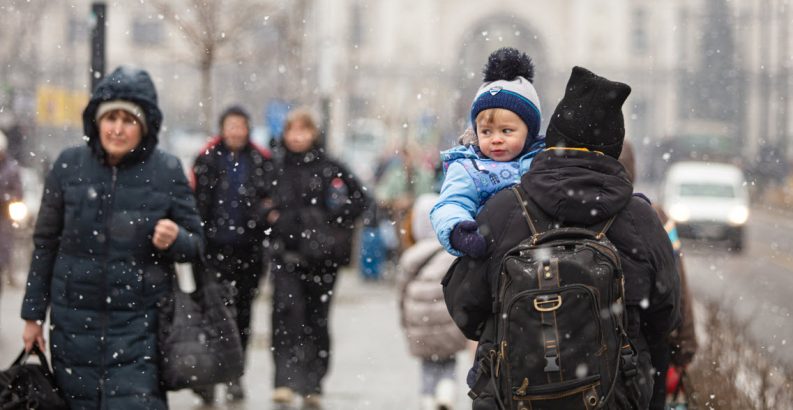 As world publishing heads for Bologna, two leading researchers in kids’ reading talk about ‘a golden age of children’s literature.’

‘Learn To Listen to the Voices of Children’

Earlier this month, Scholastic released the second edition of Every Child a Super Reader: Seven Strengths for a Lifetime of Independence, Purpose, and Joy. Its first edition was a December 2015 release.

The researcher-authors behind the book are Pam Allyn, the longtime literacy activist formerly with Scholastic, and Ernest Morrell, who holds the Coyle chair in literacy education as the associate dean of humanities and equity at Notre Dame.

For Publishing Perspectives readers, Allyn’s name may be ringing a bell because she’s not only a prolific writer and researcher but also the founder of LitWorld, an international nonprofit reading-enabling organization working in 15 countries.

It annually partners with Scholastic to produce World Read Aloud Day—which had its 13th iteration on February 2.

Indeed, as many in world publishing mobilize to provide Ukrainian-language books to refugee children in Poland, Romania, and other countries grappling with the growing exodus from Ukraine, Allyn sent a message to us for this article today (March 11), following our initial interview.

In her observations, you hear the compassion that’s a hallmark of her and Morrell’s work. You can catch in her remarks almost the same cadences that you pick up in the International Board on Books for Young People‘ (IBBY), statement, which you can find today here in our ongoing coverage of the Ukraine crisis.

Pam Allyn on Children and Warfare

“As always, in conflict, the voices that are the quietest, the most silenced, the voices we never hear at all, are the voices of the children. Home matters so much to children. It’s how they feel belonging, it’s how they learn to grow, and become themselves.

“To be torn from their homes, to see their mothers in anguish, to leave their fathers behind, to leave everything they knew of just moments before, to hear the sounds of war all around them: these are all traumatizing, unjust experiences. In one instant, a child at home now becomes a refugee.

“When children are torn from what they know as home, what tears apart is the very fabric of a civilized society. We must learn to listen to the voices of children. They would beg us with every fiber of their being not to start conflict. They would tell us: ‘Let us be here, at home, playing on the floor, listening to the stories of our mothers, fathers, grandmothers, singing, rocking us to sleep.’

“They would say: ‘Let us be at home and let there be peace.'” 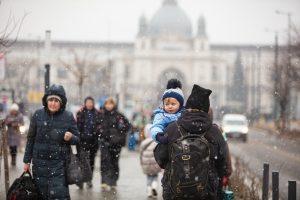 Many soon to be en route to Italy for Bologna Children’s Book Fair—a return to a physical staging of the world’s largest trade show in literature for young people–of course are following developments in Putin’s war on Ukraine, and will read Allyn’s commentary with the shared understanding of fellow practitioners. 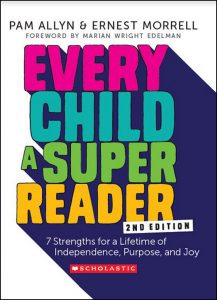 For that matter, many of them will be familiar with Allyn and Morrell’s work, and will know that the second edition of Every Child a Super Reader has been released.

Almost immediately when asked about his own background in his research and writings on reading and its development, Ernest Morrell is talking about what’s “humane” about working to make reading a part of every child’s life, and a part of the life of the adult that a child will be. “I’m at Notre Dame now,” he says, “but I’ve been in education for 30 years,” beginning his teaching career in Oakland, California, the son of parents both of whom were teaching, themselves.

“It’s been a family pursuit,” he says, “of connecting learning and literacy to a matter of changing people’s lives at a very humane level: the quality of their lives, not just of their professions. The more we can excite kids and make connections to their lives, get them into a joyful and learning modality, the better it is for them to achieve.

“I was able to have some success in that work in the classroom. That’s how I got on the pathway today.”

‘A Sense of the Urgency of Being Together’

Allyn, in looking at the effects of the still-ongoing coronavirus COVID-19 pandemic particularly on the experiences of homebound families reading aloud (a highlight of her research in Scholastic’s 2019 Kids & Family Reading Report) says that the World Read Aloud program “just gets bigger every year. But Ernest and I have agreed that with separation” during long periods of public health authorities’ spread-mitigation efforts, “came a sense of the urgency of being together—to see literacy as an accompaniment on that journey that helps us feel less alone.”

There are immediate connections between Every Child a Super Reader and how LitWorld approaches its development of literacy-in-community and partnerships. Those “Seven Strengths” that the book’s subtitle refers to are leveraged at LitWorld, too. Notice–in reference to Allyn’s beautiful thoughts on children-made-refugees–that the very first “stength” here is belonging:

To find the success they want in reading, Morrell and Allyn write, “One has to envision a world in which strengths come first.” By emphasizing this in such programs as the summertime LitCamp events, the results began to surpass even what the researchers had thought they could achieve.

Creating the second edition of ‘Every Child a Reader’ was “like we were in a conversation with ourselves–past, present, and future–and feeling incredibly gratified that people had joined us on this journey.”Pam Allyn

“The years since we published the first edition of this book,” they write in the new second edition, “have only shown us even more the importance and value of a super reading life.

“When students were lonely, or isolated, or separated from one another, as happened during the pandemic, the ability to read and write connected them, brought them together, and gave them a sense of joy. A principal’s read-aloud, a text message from a teacher, a whole-class read–all of these things kept our students connected and whole at a time when the world felt fragmented and despairing.”

The co-authors laugh now that in a way it seems that the second edition of the book has shown that they were right in 2015 “after all”—seriously much righter than they could tell at the time. This Super Reader concept of coupling reading with the context of a selfhood led by strengths instead of weaknesses, in just seven years, has produced narratives they hadn’t seen initially.

“We were relying on a lot of other research,” Morrell concedes, data that was important in a responsible formulation of their construct.

“Maybe 100,000 educators and a million kids have gone on some version of this journey” now, he says, since the advent of the first addition. And so now these colleagues are operating on the basis of their own research, “home-baked,” as Morrell puts it.

“But we’re in a golden age of children’s literature,” he says. “Literature for children is in a very different place in 2022 than it was in 2015. There’s this insatiable thirst for books, and I feel like there are more ways to push that out now.”

Allyn says that as she and Morrell worked through the second edition, “It was like we were in a conversation with ourselves—past, present, and future—and feeling incredibly gratified that people had joined us on this journey.”

They talk of their gratitude for Scholastic’s support and the embrace of their concept not only by teachers but by the children and young adults who engaged in programs that utilized their work.

‘Biases Always Get in the Way’

While the complexity and the sheer gravity of this body of work is more than can be captured in this article, one of the most cogent comments Allyn makes is easily instantly illuminating about their Super Reader approach, built on strengths and understood in a framework of community.

“Thinking about the reader as a person with her or his own interests is not a political move. It’s an ethical act of love.”Ernest Morrell

One of her best-selling books is the Scholastic 2011 release Best Books for Boys: How To Engage Boys in Reading in Ways That Will Change Their Lives.

Based in work that related to the creation of LitWorld at Children’s Village (then an all-boy institution), she says, Best Books for Boys was in part informed by how “boys would say to me, ‘People always come at us from a deficit model. They tell us what we can’t do, what we don’t do, what we weren’t doing right.’

“It’s one of the things that, when Ernest and I started working together, united us from the beginning.”

What she and Morrell would decide, Pam Allyn says, is that in working with reading as something integral to the skills of a good life, “We cannot see people like that. People are full of gifts and miracles. And I think that was in that book,” Best Books for Boys, in 2011.

“Right from that time. Opening up the conversation. Creating a space for everybody to be a reader” at a time when “the boys would tell me, ‘Our teachers don’t see us as readers’ and that ‘Reading is not a boy thing to do'”–thus barricading the guys from the conversation by asserting these expectations of failure.

Today, the Every Child a Super Reader approach is building readers by capitalizing on the resilience and discovery of their own strengths, not deficits.

Ernest Morrell puts this down to the centricity of that first strength: belonging. “It’s always hard for people to look at their blind spots in terms of identity,” he says. The question he hears now is, “‘How can we be inclusive, understanding that biases always get in the way? Belonging is the way to do that,” he says.

“Thinking about the reader as a person with her or his own interests is not a political move. It’s an ethical act of love.”

Not for nothing is the emphasis on every in that title Every Child a Super Reader.”

Follow our coverage of Putin’s war on Ukraine and its impact on the country’s publishing industry and players.