A ‘Davos of free speech,’ the opening WEXFO, May 30 and 31, features world specialists including the 2021 Nobel Peace Prize winners. 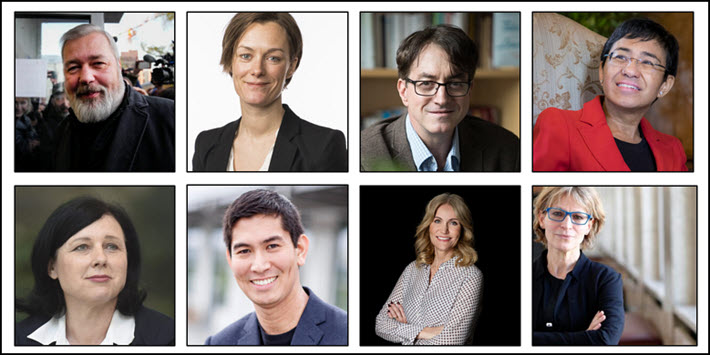 Even as thousands of Russians are arrested for speaking out against Vladimir Putin’s war on Ukraine, the new forum–dubbed a “Davos of free speech”–is opening its annual event series on May 30 and 31 with an internationally recognized roster of leadership in issues of the freedom of expression.

That aspirational reference to Klaus Schwab’s World Economic Forum sets the bar very high, but WEXFO’s plans take on present-day autocratic assaults on the most valuable currency on Earth: the right to free expression.

In response, the new Lillehammer program is laying out an intensive two-day gathering in which such a timely intervention as the Russian Nobel-winning journalist Dmitry Muratov’s keynote “Lessons Learned and the Way Forward” will draw avid interest against the current backdrop of unspeakable war and displacement in an unprovoked attack on the democratic sovereign state of Ukraine.

We’d like to signal to those who may be interested in attending this inaugural WEXFO that registration is now open, but that hurrying is important relative to accommodations: WEXFO has guaranteed rooms at the conference hotel, the Scandic Lillehammer, but only through Tuesday (March 15). After that it may not be possible to find rooms at the venue’s hotel. The conference pass doesn’t include the cost of accommodations but provides a link to book the hotel through Tuesday.

The program has been developed in hybrid format so that attendees can choose in-person attendance in Lillehammer or digital access. The basic early bird in-person rate is 3,950 Norwegian kroner (US$441.72). The digital-access pass is 990 kroner (US$110.78). Those ticketing options are here. Early-bird information on the program and the concomitant Norwegian Festival of Literature and an excursion to Utøya is here. Again, quick action is recommended if you’d like to attend in person.

It’s clear from the structure and development of the programming for May’s forum that the programming is designed to be relevant to action. “The World Expression Forum will provide participants, present and online, with tools and ideas on how to promote freedom of expression,” a plan that includes speeches, panel discussions, “spotlight” sessions, and workshops.

An example of the “spotlight session” format is a talk by Astrid Hoem, leader of the Labour Youth Party, on the topic of “When Hate Speech Turns Into Killings.”

He tells Publishing Perspectives, “We highly appreciate the fact that all these important speakers have accepted our invitation to be part of the first World Expression Forum.”

These speakers are to participate in discussions built around four central themes:

On the second day, Einarsson says, “We’ll discuss the way forward. There are workshops in the morning and summaries at the end of the day.”

In the last week, Einarsson says, more than 100 participants have registered for the program.

“We’re also grateful for the more than 60 shareholders that contribute greatly, as well as the more than 40 persons heavily involved on the board and in the work of the committees. In these troublesome times, we need this kind of cooperation.”

Again reflective of current events–particularly as Putin closes off information channels the Russian population needs to be aware of the country’s war on Ukraine—programming planned includes a session with Felicia Anthonio of Access Now on “Shutting Down the Internet: A Growing Threat Against Freedom of Expression.”

Victor Pickard offers a keynote on “How Can We Regulate the Tech Giants, Protecting Journalist and Defending Freedom of Expression?”

During dinner on the first day, May 30, Prix Voltaire 2021 laureate Rasha Al Ameer of Beirut will speak, and more on the Middle East will be addressed in on the second day, May 31, in a discussion titled “Can You Promote Change From the Inside? Middle Eastern Experiences.” In that case, journalist Yama Wolasmal moderates, with Al Ameer joined by IPA’s Al Qasimi.

There are two sets of workshops planned for the second day, each set offering an attendee four choices on which to focus.

The first set of workshops presents these four choices:

The second set of workshops offers these four choices:

More on the program and its agenda is here. Once more a reminder that hotel rooms in the WEXFO venue’s hotel can be guaranteed only through March 15. 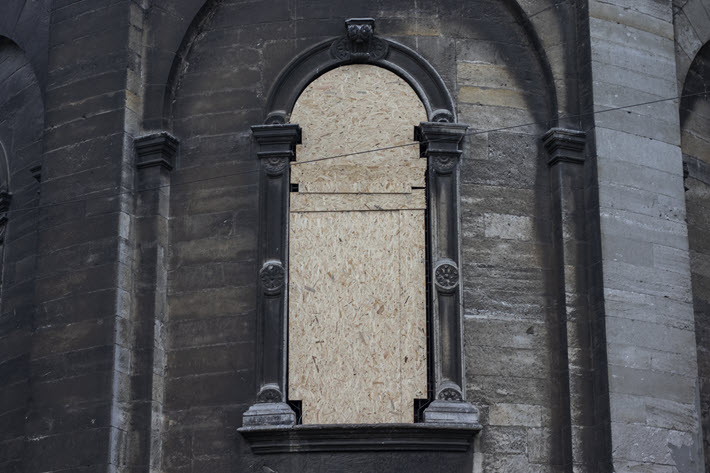 Stained glass windows at the Church of the Assumption of the Blessed Virgin Mary are boarded up in Lviv on March 8, as Vladimir Putin presses his unprovoked war on Ukraine. Image –
Getty iStockphoto: Serhii Ivashchuk