The United Kingdom’s book award duo, Carnegie and Greenaway, have 16 shortlisted titles between them. 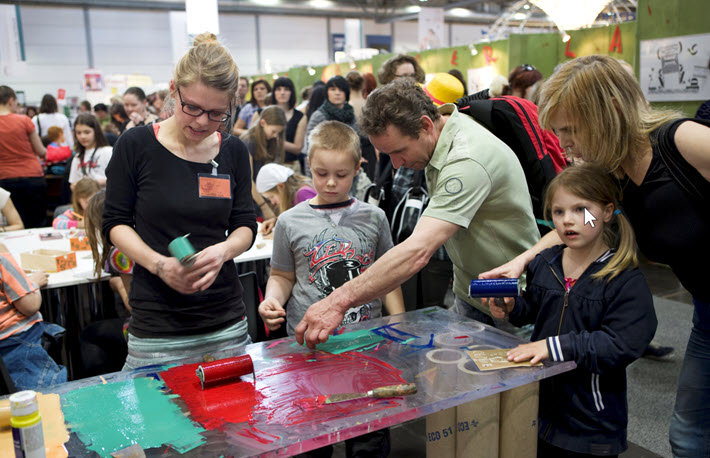 Kids at the 2012 Leipzig Book Fair, a show that had to cancel this year amid COVID-19 concerns. Image – Getty iStockphoto: Philartphace

‘A Path Through Challenging Times’

Just when you thought that Bologna Children’s Book Fair—opening today (March 21)—surely has the lock on children’s books awards and prizes, the Carnegie Greenaway Awards in February announced their 2022 shortlists, as what these United Kingdom-based prize regimes say are that market’s longest-running book awards for children and young people.

The plethora of awards and prizes this year is so deep that we’ve held these shortlists until today, knowing that many of our readers interested in children’s books will want the news of these awards for younger readers’ content.

The program calls the Carnegie and Greenaway the UK’s “best-loved book awards for children and young people,” but that, of course, seems less a matter of actual data or fact than an example of the inter-contest hyperbole battles for press coverage we’ve been pointing out here at Publishing Perspectives in a context of so many book and publishing awards.

The Greenaway and Carnegies now have “Yoto” attached to their names, in the tradition of sponsors branding their corporate-responsibility sponsorships, not unlike the way corporations emblazon—and sometimes de-emblazon—various sports venues with their monikers. Not for nothing has Los Angeles’ former Staples (office suppy) Center become the Crypto.com Arena.

These awards are juried by children’s librarians. We published the program’s longlists on February 18 in case you’d like to review them. They were chosen from 148 nominations by a 14-librarian panel from the CILIP Youth Libraries Group. There were 33 books in those longlists, 18 for the Carnegie and 15 for the Greenaway.

The shortlists have eight nominees each. 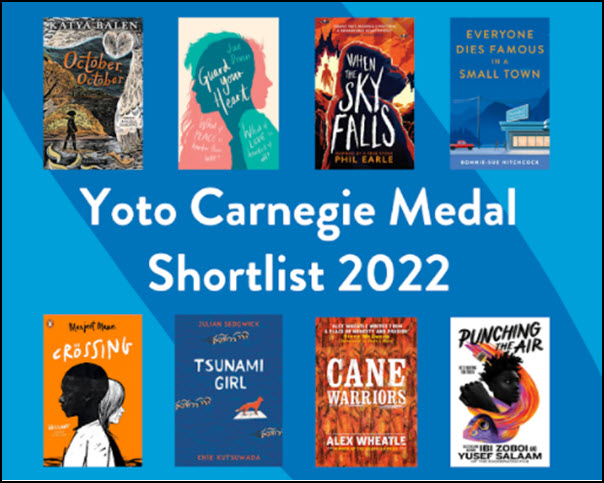 The Carnegie Medal, which is awarded annually, was established in 1936, in memory of the Scottish-born philanthropist Andrew Carnegie (1835−1919). In response to the importance of libraries in his childhood, Carnegie set up more than 2,800 libraries across the English-language world. By the time of his death, more than half the library-operation agencies in Great Britain are said to have had Carnegie libraries. In 2021, the Carnegie Medal was won by Jason Reynolds for Look Both Ways. 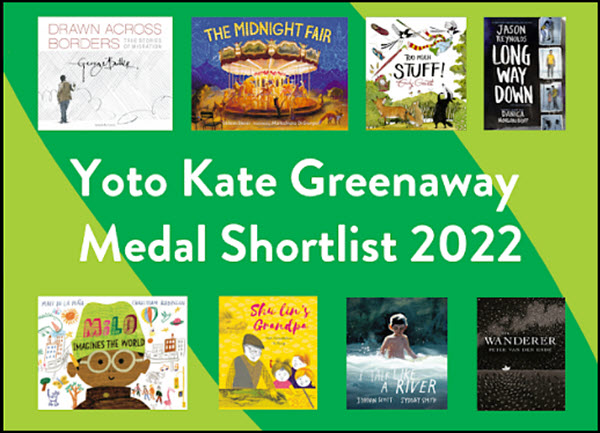 In a prepared statement, Jennifer Horan, chair of the awards’ jurors, is quoted in speaking about “our 16-strong shortlist of books for the Yoto Carnegie Greenaway Awards, which we hope will excite, move, and empower the young readers who pick them up, including the thousands shadowing this year’s awards. 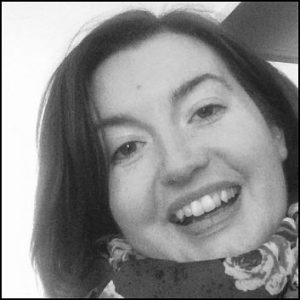 “On a personal level, having a research interest in the link between children’s literature and empathy, I’m thrilled that our Yoto Carnegie shortlist showcases how friendship can help young people find the strength to navigate a path through challenging times.

“We’re also delighted to celebrate the power of pictures, not only on the Yoto Kate Greenaway list but in a couple of Carnegie titles too.

“Many of our shortlisted books remind us that art can help us to communicate and connect with young people when words sometimes fail us.

“The shadowing groups and our young readers now share the judges’ difficult task of picking two winners from this rich pool of talent.”

This is Publishing Perspectives’ 55th awards report published in the 56 days since our 2022 operations began on January 3.

More from Publishing Perspectives on children’s books is here, more from us on publishing and book awards programs is here, and more on the UK market is here.