The 31 Zev Birger Editorial Fellowship participants at the Jerusalem International Book Forum will begin their week on May 13. 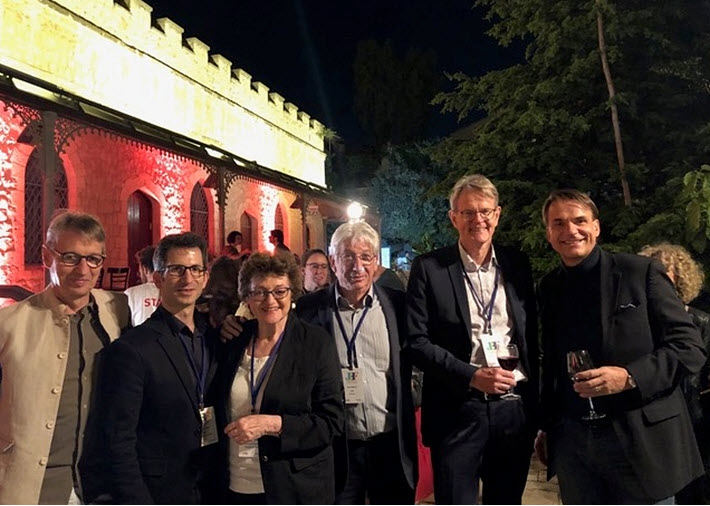 A total 31 literary agents, scouts, and acquiring editors have been selected to participate in the 2022 edition of the Zev Birger Editorial Fellowship, a program of the biennial Jerusalem International Book Forum (May 15 to 18).

This year’s recipients of the Birger fellowships represent 19 nations, and their week of programming will begin before the forum opens, on May 13.

The Holtzbrinck Publishing Group returns as sponsor of the Birger program, a role it has played since the inception of the fellowships in 1985. And Penguin Random House again is providing stipends to alumni fellows from past years’ participation who will return to the forum this year.

Since 1985, more than 600 industry professionals from 40 countries have been recipients of these fellowships, and this year’s group will be the Birger’s 22nd class.

As Publishing Perspectives readers know, the 2021 edition of the industry-facing Jerusalem International Book Forum—and the Zev Birger fellowships—had to be postponed because of public health restrictions relative to the still-ongoing coronavirus COVID-19 pandemic. 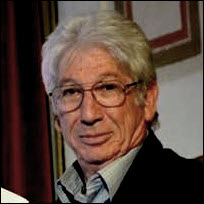 The upcoming in-person program in May will be mounted, as the forum’s director Yoel Makov is quoted saying, “with the safety of all participants and attendees as our primary concern, and also with the hope to greet once more new attendees, as well as our friends and partners who will be coming back to enjoy the beautiful Jerusalem venues and the atmosphere they all remember.

The forum “would not be complete without the presence of the new and alumni fellows.” Makov says. “We are so excited to see them in Jerusalem every time, as if it was the first.”

Background on the Fellowship Program

The fellowship was created as the JIBF Editor and Agent Fellowship, then renamed for its founder, Zev Birger, in 2013 following his death in 2011. The idea for the program originated in 1983 with Esther Margolis (Newmarket Press, Bantam Books) as an aid to mid-level acquiring editors who could benefit from gatherings to build international connections, share ideas, make deals, and grow their businesses and careers. 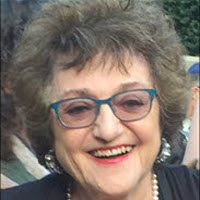 Margolis continues to serve as chair of the forum’s American advisory committee, on which she has been seated since the 1970s.

Her idea for the fellowship was adopted by Birger—at that time the forum’s director—and by Jerusalem’s then-mayor, Teddy Kollek. They were able to secure Germany’s Holtzbrinck Publishing Group as the main fellowship co-sponsor with the city of Jerusalem.

The initial fellowships were granted in 1985.

The forum itself, as Publishing Perspectives readers know, made a major pivot in 2019 from its original construct as the Jerusalem International Book Fair. Having been founded as such—a public-facing book fair—the program announced in 2018 that it would be reconstituted, in its 29th iteration, as the Jerusalem International Book Forum with its current emphasis on being “centered around the experience and practice of publishing professionals.”

In May 2019, the forum’s debut in its new construct had a very successful first outing, attended by many of the most prominent leaders in world publishing and functioning as something between a temporary think tank and a retreat for its specialized attendees. The 2022 program details are expected to be announced soon with Sharon Katz again serving as production coordinator and Makov going forward as director.

As Makov has described the evolved concept for the show, “The new forum is not a ‘book fair’ as usually constituted with publishers’ stands, but as a ‘forum’ centered around the experience and practice of publishing professionals. The new JIBF serves as both a workshop and a meeting ground for discussing challenges, exchanging ideas, and sharing insights and experience, and as a social gathering, recognizing that the bonds and connections between people are among our most valuable resources.” 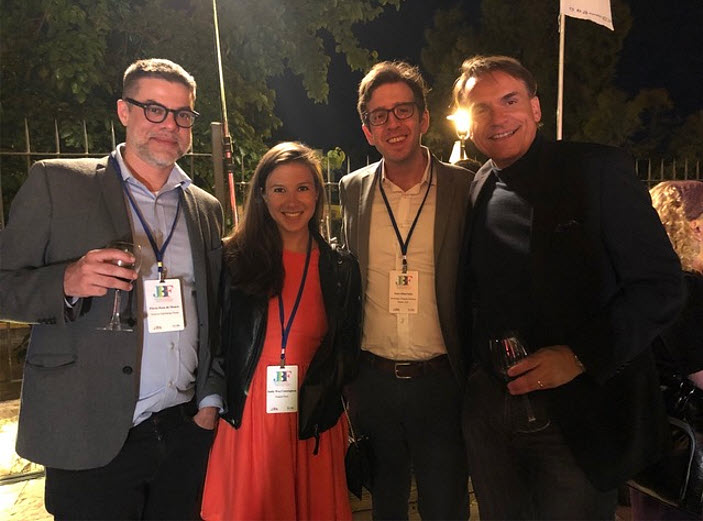 Fellows in the Zev Birger Editorial Fellowship at the Jerusalem International Book Forum in 2018 are, from left, Flavio Rosa de Moura of Todavia Publishing House; Emily Cunningham of Penguin Press in the United States; Yaniv Soha of Doubleday in the States; with Markus Dohle, worldwide CEO of Penguin Random House. Image: JIBF

Regular readers will note that Intelekti Publishing’s Gvantsa Jobava of Tbilisi is among this year’s fellows. She’s the deputy chair of the Georgian Publishers and Booksellers Association and an executive committee member with the International Publishers Association.

The Coronavirus in Israel

Despite a fifth-wave omicron scare in January—when case rates spiked to something approaching 100,000 daily—Israel, of course, has served as a world leader in COVID-19 response and treatment protocols.

The authoritative Johns Hopkins data-tracking system reflects the rapidly falling levels that have dominated trend lines since January, this week’s tallies below even the figures of last August—a quick reversion to the nation’s previous relatively low numbers. Rates of infection, hospitalization, and death all continue to drop, averaging fewer than 7,000 cases daily.

Michael Hauser Tov at Haaretz was among the first to report today (March 9) that the former prime minister, Benjamin Netanyahu, 72, has tested positive for the coronavirus, as announced by the Likud party.

Netanyahu reportedly has had four inoculations, Israel having led the way internationally in providing second booster shots to citizens 60 and older.