In 2021, a new report indicates, Italians carried out an average 322,000 acts of book piracy per day, a major challenge for publishing. 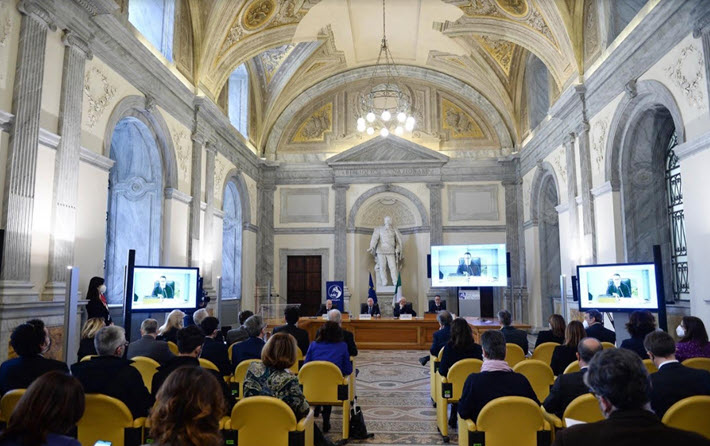 During the course of the still-ongoing coronavirus COVID-19 pandemic, book piracy has cost the Italian book publishing industry €771 million (US$856.7 million) as well as an estimated 5,400 jobs.

That’s the top-line finding of a second round of research conducted by IPSOs and just released today (March 29) by Gli Editori, a research partnership formed by the Association of Italian Publishers (Associazione Italiana Editori, AIE) and the Italian Federation of Newspaper Publishers (Federazione Italiana Editori Giornali, FIEG). This is the follow-up to the 2019 study, on which we reported when it was released in January 2020.

To get a sense for how big a chunk of the potential revenue is evaporating because of piracy, consider that the figures put together for this report represent a third of the overall market, 31 percent, excluding the educational and export sectors.

Ricardo Franco Levi—AIE president, Federation of European Publishers vice-president, and Rome’s special commissioner for the 2024 Frankfurt Guest of Honor Italy program—is quoted in today’s report, saying, “People need to be aware of this, and aware that they can be called to account for the illegal acts they commit. Institutions need to commit to this.

“Piracy affects all the Italian creative industries—book and magazine publishing, television, cinema, and music—and where effective counter campaigns have been launched, such as pay-TV subscriptions, the results are starting to show.”

The newspaper publishers’ federation president, Andrea Riffeser Monti, says that support for the enforcement actions of the Autorità per le Garanzie nelle Comunicazion, or AGCOM, “both from a sanctioning and procedural point of view, must be seen as an indispensable completion of the relevant regulations and is of fundamental importance for the newspaper publishing industry, especially in view of the huge losses suffered by publishing companies due to the proliferation of channels, chats, and sites dedicated to the unauthorized dissemination of newspapers, losses estimated, according to a very conservative analysis carried out by the FIEG offices in April 2020, at around €250 million per year (US$276 million).

“The various bills currently under discussion also testify to the now widespread awareness of the need to intervene,” he said, “in order to prevent and, where necessary, repress the unlawful dissemination of copyright-protected content through electronic communication networks, as well as to ensure fair remuneration.”

IPSOS chair Nando Pagnoncelli was on-hand in this morning’s session to lay out the data.

The sheer amount of piracy being surfaced by the new research shows that education is important for those who don’t know what constitutes an illegal way of acquiring content–as well, the program today said, as enforcement of penalties levied on those running illegal sites. 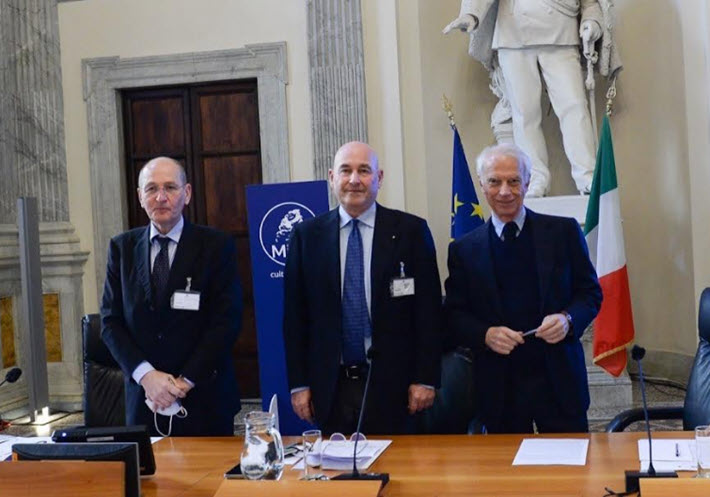 As many in the world publishing industry know, piracy is not always conducted by knowing criminals. Once a site is set up to offer intellectual property without payment to creators and copyright holders, much of the actual work of piracy is done by consumers who don’t realize they’re depriving authors, publishers, and others of their rightful income or those who feel that their one small infraction—”I’ll just download this one thing I’ve wanted”—isn’t part of as big an overall scam-pattern as it is.

This is what produces some of the  most eye-opening figures of the new report from IPSOS: “Daily in 2021, Italians carried out an average 322,000 acts of piracy of trade, university, and professional books, up 5 percent over 2019.”

Today’s data is dated October 2021 and it covers the prior 12 months. In a bright spot, AIE and the newspaper publishers tell members of the news media, “Compared to the 2019 survey, the tools for detecting the problem have been refined and for this reason not all data are comparable” between the first and second study.

“This is, however,” they stress, “a growing phenomenon. The estimated impact of acts of piracy in 2021—fewer copies of books sold, fewer downloads of ebooks and audio books—are in fact 117.6 million, up by 5 percent over 112 million in 2019.” And that’s the basis for the daily average piracy level of 322,000 incidents daily.

“In 2021,” the report’s data tells us, “35 percent (36 percent two years ago) of the population has committed at least one act of piracy involving trade fiction and nonfiction books alone. The demographics among those 15 and older:

Among the most concerning elements of the new study’s inputs is that 82 percent of those surveyed by IPSOS said that they are indeed aware that pirating books is unlawful and illegal, but 64 percent said they felt they’d be neither caught nor punished. (That figure was actually higher two years ago, at 84 percent.) And 39 percent said they simply consider it not to be a “serious or very serious” infraction at all.

The actual loss of turnover to all this piratical activity, the study estimates, may run as high as €423 million (US$468 million) annually, the report’s authors have concluded, seeing as many as 36 million copies, or units) lost to piracy annually in Italy.

In the universities, some 6 million copies, both print and digital, are lost to piracy annually, with professional books seeing 2.8 million copies pirated.

Of that 35 percent of the Italian population aged 15 and older:

The study’s authors talk about “satellite” businesses and effects. One is seen in the finding that physical bookshops lost €243 million euros in one year. Another: Online retailers lost 455 million in revenue to piracy, both print and digital, and 73 million units were lost to piracy, the study says, from subscription programs for audiobook or ebook services.

And in comments at today’s presentation, the author (The Lions of Sicily) and educator Stefania Auci spoke to the assembly, saying, “Very often, the idea of ​​those who pirate, especially when it concerns the publishing of various fiction and essays, is that of not causing damage to the writer or publisher of the book, who in any case will perceive the profit from the publication. But it’s not true.”

The workforce behind the publication of a book, she said, includes “editors, proofreaders, distributors, booksellers. Piracy afflicts each of these professionals. The pirated book is all these people. A simple click takes away resources and dignity from those who are working.” 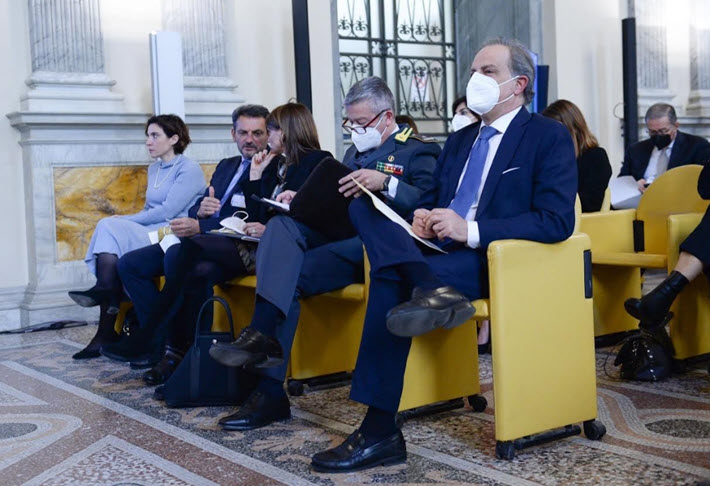 Stefania Auci, left, and others at the Gli Editori session on piracy, March 30. Image: AIE

The IPSOS research invovled a sample of 4,000 interviews made in October 2021.

More of Publishing Perspectives’ coverage of the Italian market is here. And more from us on international issues in piracy is here while more on copyright is here.