Interview: ‘The Female Publisher’s’ Anne Friebel says that she and co-founder Josefine Podei have created the network they saw was needed. 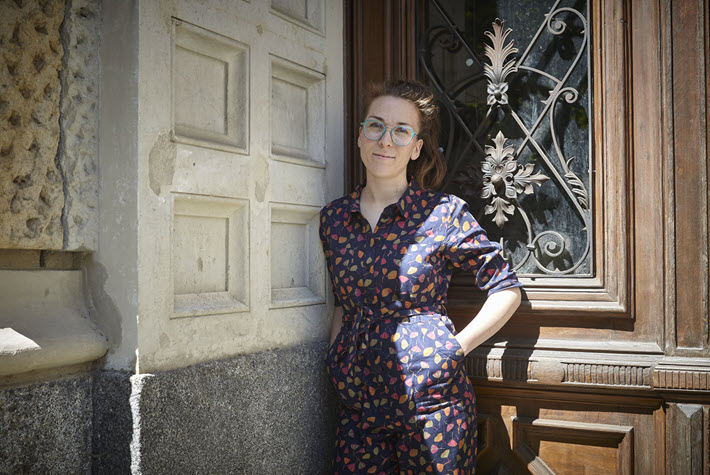 Our Publishing Perspectives readership is very familiar, of course, with the PublisHer professional network, which is committed to working for gender equality in world publishing.

Today (March 8), we have news of a new network, The Female Publisher, led by Anne Friebel and Josefine Podei of Leipzig’s independent press Palomaa Publishing.

It turns out that one inspiration for this new development was the experiences that Podei and Friebel had in personal exchanges with other publishers at Frankfurter Buchmesse (2021) in October. And that has led to the development of a program that now has some 30 members as members.

In our exchange with Friebel, she says, “As in most other industries, women in publishing markets are facing gender imbalance and are still disadvantaged in terms of visibility, promotion, and networking compared to male colleagues.

“Even though a large number of women are working in publishing,” she says, “they’re less visible as leading figures or as strategists behind important decisions. So they’re not as present, for example, in media coverage or in internal communications. This is my personal perception as well as the impression of many women in publishing, at least here in Germany.'”

The Frankfurt experience in October, a return to a physical format for the trade show after the 2020 all-digital evocation of the fair required by the coronavirus COVID-19 pandemic, prompted Friebel and Podei to look for a way to address the issues with sister publishing professionals.

“When we visited Frankfurt Book Fair in autumn last year as an exhibitor,” Friebel says, “we had the great pleasure to connect with a lot of female publishers there. We were positively surprised by the open exchange of knowledge, the invitations, the networking, and the general atmosphere of collaboration instead of competition.

“We wanted to be part of this collaboration, and we eventually created the Instagram campaign #verlegerinnenmonat,” publishers’ month, in January this year.

“For a whole month, we presented female-led publishing companies through our Instagram account @palomaa_publishing, which was a huge success.

“After this,” she says, “we felt the need for a new space to channel this collaboration, and The Female Publisher network was born. In Germany, we didn’t have a network that’s free of charge and specifically designed for female publishing leaders and female program managers, so we created it.”

The new program has its basis in German-language publishing professionals, and its membership currently represents Germany, Denmark, Switzerland, and Austria. That’s not meant to be exclusionary

“We’re always happy to include interested women speaking English,” she says, “but they have to be comfortable with German in some way. And we’ll see: I’d love the network to be expanded to new countries and languages in the future. For now, we’ll start with a German network and see how it grows.”

Friebel and Podei are looking at three key areas in book publishing that need special attention in issues of gender equity. One of the most cogent observations you hear repeated in Friebel’s perspective is “collaboration, not competition”—something that publishing professionals of both genders can readily recognize. 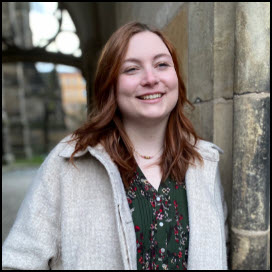 A first dinner for members of The Female Publisher network is set for Leipzig on March 19.

“Even though the Leipziger Buchmesse has been canceled,” Friebel says, “there are still numerous exciting events, exhibitions, and readings throughout the whole city during March.

“So we decided to go ahead with our dinner on March 19 and are already having lots of reservations because female publishers are in town anyway and they’re excited to join. So we’re very much looking forward to this special event for us. And of course, we’re already looking very much forward to our network dinner at Frankfurter Buchmesse in October this year. International guests, including English-speaking ones, will be warmly welcomed.”

Friebel’s enthusiasm for the newly developing Female Publisher network is clear in her comments to us, and the core value she stresses in the effort is interaction—one of the things challenged, of course, most severely during the years of the still-ongoing pandemic. She says she’d be “very happy to exchange knowledge and experiences with female publishers around the world. It may be about networks, industry, or exchange in general. In my opinion we can all benefit from each other.

“I’d like to point out once again,” she says, “that networking is such a great tool to exchange knowledge, to get to know and understand each other, to find cooperation and personal growth. And it’s a chance to unite and communicate mutual demands—for example to industry leaders or to the media. In these times of digital communication, it’s easy to connect. So we say don’t be afraid to reach out and write an email or a message to someone you admire or that you’re just very interested in.”

“In most cases people will get back to you,” Anne Friebel says, “and this could start a beautiful conversation.”

You can be in touch with Friebel and Podei at info@thefemalepublisher.com