Ukrainian publishing colleagues will be able to participate digitally in this regional exchange of issues and views, April 11 and 12.

As Tbilisi nears the conclusion of its year as UNESCO’s 2021 World Book Capital, the Georgian Publishers and Booksellers Association has opened registration through Friday (April 1) for an April 11 and 12 staging of the Caucasus and Black Sea Basin Countries’ Regional Publishing Conference.

Some 30 publishers and other representatives are participating as speakers, representing countries including Georgia, Turkey, Armenia, Azerbaijan, Bulgaria, Romania, and Ukraine, along with representatives of the International Publishers Association (IPA) and PEN America.

A hybrid format with digital availabilities has been set up for Ukrainian participants who may not be able to travel to Tbilisi because of the crisis created by Vladimir Putin’s unprovoked Russian war on Ukraine. One of those participants, Yulia Kozlovets, of the Book Arsenal Festival in Kyiv is familiar to our readership for her interview from earlier this month.

Conference organizers say they have not invited Russian publishing professionals to participate because of the ongoing violence.

Topics are expected to include:

In a prepared statement, Ninia Macharashvili, the director of the Tbilisi World Book Capital program, is quoted, saying, “One of the main objectives of our World Book Capital plan is promoting the Georgian publishing sector and strengthening international contacts.

“Throughout the year, we’ve implemented a number of projects in this direction, independently, as well as in partnership. We’re glad that this time, our international publishing conference will be held in Tbilisi. 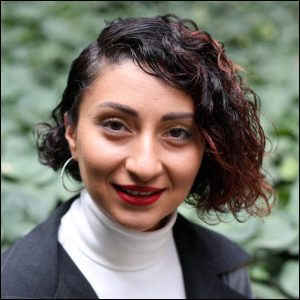 “The purpose is clear: Events of this kind enable publishing professionals from our region to deepen or build new relationships with each other. Despite the territorial proximity, we believe that there are far greater cooperative prospects among the book sectors of our countries than have developed so far.

“Of course, when scheduling this conference, we had no idea that implementation would take place in light of the most horrific war in our region in recent times.

“Moreover, the two countries involved in the war, Ukraine and Russia, belong to the countries of the Black Sea basin. It’s difficult for us to get used to the idea that our Ukrainian colleagues will not be able to attend the conference with us because of this ruthless war. However, using experience gained during the pandemic, we’ve offered Ukrainian publishing houses chances to participate in the conference through online platforms. It is impossible to hold a conference in this region without Ukrainian voices being heard; we cannot tolerate that.

“As for Russia, we had to make a difficult but fair decision. Despite the fact that we were planning to invite independent Russian publishing houses to the conference, because of the war, we decided that it’s time for a boycott. We’re confident that Russian publishing houses, which are critical of their government and in anguish over this unjust war, are not yet ready to step onto the stage, and will understand the significance and purpose of this mass boycott.

“Currently our full attention and care is channeled toward Ukraine, where innocent people and children die every day.

“With Georgia being a country that has lost its territories twice in the last 30 years to similar unjust wars waged by Russia—as a result of which 20 percent of the country is currently occupied by Russia—we understand the current situation in Ukraine better than anyone and appreciate the price of unconditional solidarity from rest of the world toward Ukraine.”