On International Women’s Day, the Women’s Prize for Fiction names 16 novels to its £30,000 longlist. 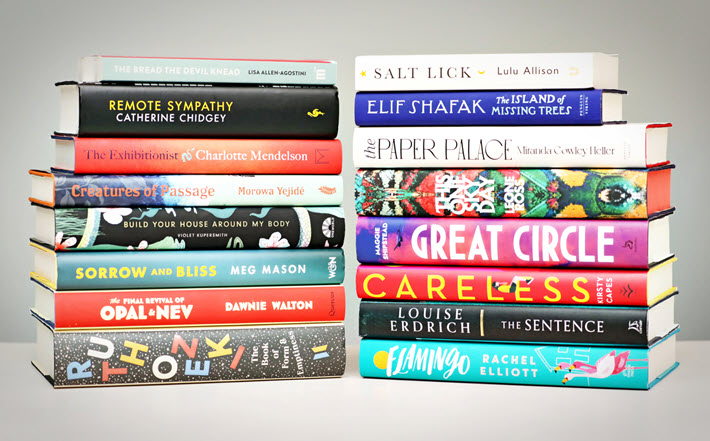 Sponsors This Year: Baileys and Audible

Carrying a £30,000 purse (US$39,365), the 27-year-old award has two sponsors this year. One is the faithful Diageo product Baileys, which has sponsored the program since 2014 and once had its name on the prize. The other is Audible, which is, an Amazon company.

The winner of the award also receives a limited edition bronze statuette known as the ‘Bessie’, created and donated by the artist Grizel Niven.

The 16-title longlist includes quite a bit of work from North America, with six Americans and one American-Canadian, along with five British authors, two New Zealanders, one Turkish-British writer, and one Trinidadian. Louise Erdrich is longlisted for The Sentence, having won the 2021 Aspen Words Literary Prize and the Pulitzer for her The Night Watchman.

Five of the writers on the list have been longlisted for the award before: Leone Ross (All the Blood Is Red, 1997); Catherine Chidgey (In a Fishbone Church, 1999); Elif Shafak (The Bastard of Istanbul, 2008, and Honor, 2013); Charlotte Mendelson (Almost English, 2014); and Rachel Elliott (Whispers Through a Megaphone, 2016). Mendelson was shortlisted in 2008 for When We Were Bad.

Five titles on the list are the debut publications of their authors: Careless, The Paper Palace, Build Your House Around My Body, The Bread the Devil Knead, and The Final Revival of Opal and Nev.

Fiction written in English by women anywhere in the world but published in the United Kingdom is eligible for this year’s award, as long as a given title is published between April 1 of last year and the 31st of this month.

A shortlist of six titles is anticipated for an announcement on April 27. The winner is to be named on June 15.

In a prepared statement for today’s announcement, Mary Ann Sieghart, the jury chair this year, is quoted, saying, “Choosing just 16 novels from 175 submissions was a marathon task.

“After a lively and passionate discussion, my fellow judges were delighted to find that our 16 favorite novels were incredibly diverse … covering different genres, and from publishers large and small.

“We are confident that this wonderful, eclectic and inspiring longlist will offer something to entrance every reader, both male and female.”

Also on the jury: 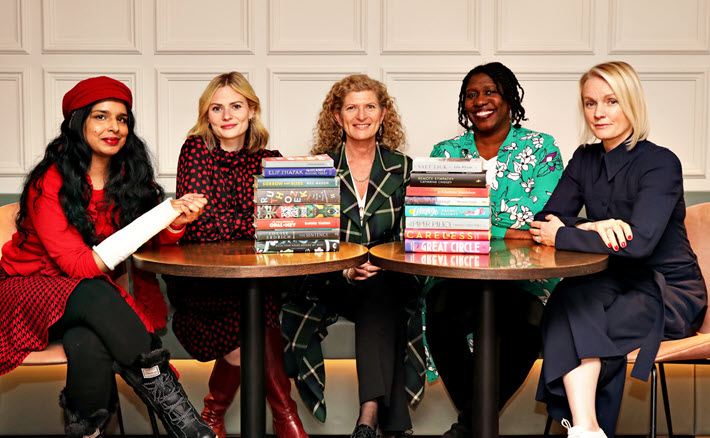 This is Publishing Perspectives’ 44th awards report published in the 46 days since our 2022 operations began on January 3.