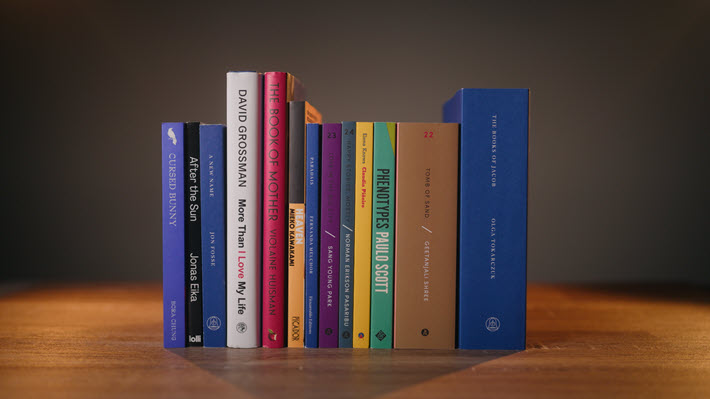 ‘The Power of Language and Literature’

A record year in submissions and a two-and-a-half-time increase in the purse for each shortlisted title are elements of the story this year as the International Booker Prize this morning (March 10) announces its 2022 longlist of 13 titles.

Translated from 11 languages and 12 nations on four continents, the program features a work in Hindi for the first time.

The winning translator and author will split £50,000 (US$65,835). An announcement of those winners is anticipated for May 25 at London’s One Marylebone suite of event venues, a renovation of John Soane’s Holy Trinity Church originally completed in 1828.

One of the biggest services that the Booker Foundation provides to the publishing industry is a sense for what kind of impact its awards are having on sales. In a book business awash in awards, surprisingly few programs offer this information. While boosts in sales are often cited as the rationale for there being so many prize programs in the book business, the actual bookselling efficacy of most awards is rarely backed up with publicly announced statistics.

We continue to hope that more of the myriad awards in the industry will follow the Booker program’s lead and issue such information. Indeed, longer-term and more detailed information would be welcome from the Booker team, as well.

Former United States president Barack Obama, known to follow both Booker prizes, listed At Night All Blood Is Black at the top of his summer  reading list.

Hewing closely to a part of Publishing Perspectives’ internationalist mission, this prize is intended “to encourage more publishing and reading of quality works of imagination from all over the world, and to  give greater recognition to the role of translators.” Both novels and short-story collections are eligible. And the award has the distinction of being among the first to divide its recognition equally between translators and authors, something now reflected in the National Book Awards’s translation category in the United States.

Croft is the translator who, with author Mark Haddon and the Society of Authors on International Translation Day 2021, launched the important #TranslatorsOnTheCover campaign to urge publishers to offer equal credit to translators and authors (as the International Booker does), by publishing both authors’ and translators’ names on the covers of translated works. Not every publisher longlisted by the Booker today does this.

Fitzcarraldo Editions, a very familiar translation house, also has three titles on the longlist. Of the major publishers, Penguin Random House, Hachette, and Pan Macmillan appear this year, each with one title from one of their imprints and divisions.

Translator Anton Hur has the honor of being longlisted for two works this year.

This year’s International Booker Prize jury started with that record opening pool of submissions, numbering 135 entries, to produce its longlist.

Frank Wynne: ‘From the Intimate to the Epic’

Wynne is joined by: 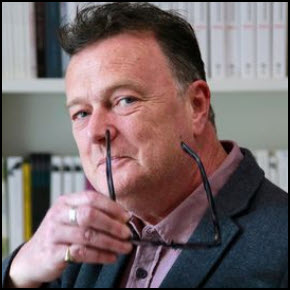 In a prepared statement for this morning’s announcement, Wynne is quoted, saying, “[Jorge Luis] Borges famously believed that paradise would be ‘a kind of library,’ and spending the  past year in the company of some of the world’s great writers and their equally gifted  translators has been a kind of heaven.

“From the intimate to the epic, the numinous to the  profane, the books make up a passionately-debated longlist that trace a ring around the world.

“These 13 titles from 12 countries and 11 languages explore the breadth and depth of human experience, and are a testament to the power of language and literature.”

This is Publishing Perspectives’ 45th awards report published in the 49 days since our 2022 operations began on January 3.