The Sheikh Zayed Book Award names its shortlisted contenders in Literary and Art Criticism, Translation, Publishing and Technology and more. 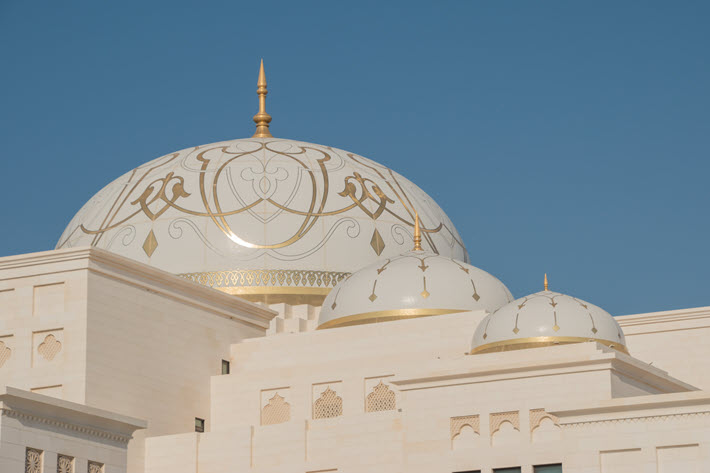 The Sheikh Zayed Book Award—organized and administered by the Abu Dhabi Arabic Language Centre under the direction of Dr. Ali Bin Tamim—has today (March 31) announced shortlists in four of its categories in the 2021-2022 iteration of the Zayed program.

Today’s announcement covers the catetories of Translation; Literary and Art Criticism; Publishing and Technology; and Arab Culture in Other Languages. You can review previously announced 2022 shortlists here—in the Literature, Young Author, and Children’s Literature categories.

This is the award’s 16th edition, and with a purse of 750,000 UAE dirhams (US$204,215) in each of the eight book categories, the Sheikh Zayed Book Award is among the wealthiest portfolios of publishing-related honors in the world, worth a total of 7 million dirhams (US$1.9 million).

Readers who avidly follow our awards coverage will want to note this week’s interview with Michael Kelleher, the founding director of the Yale-based Windham-Campbell Prizes. That program, stands in that rarified club of rich awards programs, in their case distributing US$1.3 million annually.

And see also today’s announcement of the new jury chair at the Cundill History Prize, which carries the largest purse for an award of its kind, at US$75,000.

As you’ll remember, the Sheikh Zayed Book Award honors the outstanding achievements of innovators and thinkers in literature, the arts, and humanities in Arabic and other languages. It aims to advance Arabic literature and culture, providing new opportunities for Arabic-language writers. Authors writing about Arab culture and civilization in English, French, German, Italian, Spanish, and Russian also are recognized by the award program. 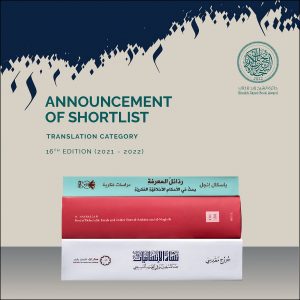 Chosen from a total pool of 148 submissions, the 10 longlisted nominations in the Translation category included books from publishers in six Arab countries: Saudi Arabia, Egypt, Syria, Iraq, Morocco, and Tunisia. Most of them (six) were written in English and translated into Arabic.

The three titles now chosen for the shortlist: 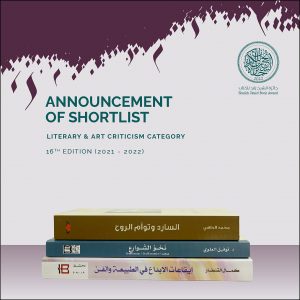 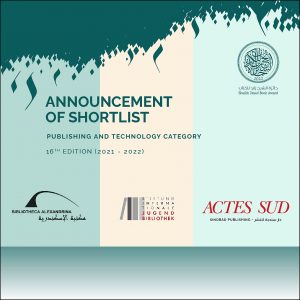 In the category of Publishing and Technology, there are three shortlisted titles:

This category, in case you’re unfamiliar with it, can include publishers, distributors, research institutions and cultural institutions “that promote culture through various forms of digital, visual, and audio processes.” 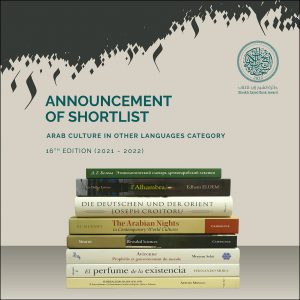 Arab Culture in Other Languages Shortlist

The category of Arab Culture in Other Languages, on which we did not have a longlist, now is out with an eight-title shortlist:

This is Publishing Perspectives’ 64th awards report published in the 64 days since our 2022 operations began on January 3.