After Putin’s attack on Kharkiv, Ukraine’s printing hub, the Federation of European Publishers issues a  worldwide appeal for funds. 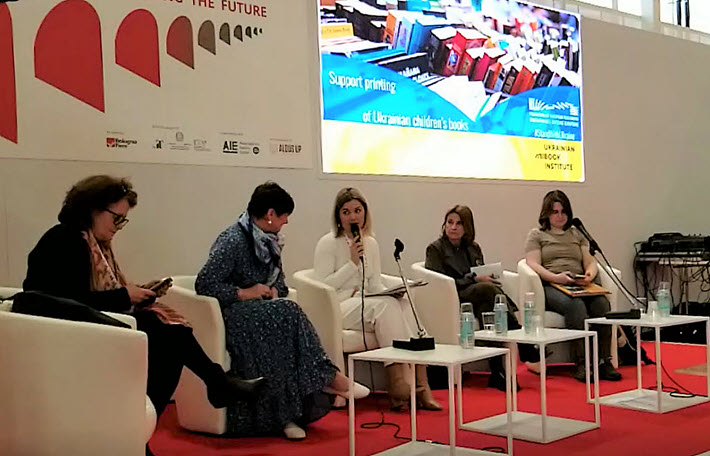 Kraus vom Cleff and Levi: ‘It Is Our Duty To Help’

On Tuesday morning (March 22), the second day of the 59th Bologna Children’s Book Fair, the sprawling trade show at BolognaFiere effectively has been briefly stopped at 9:45 a.m. CET for a quick, important announcement of a new crowdfunding campaign designed to see hundreds of thousands of Ukrainian children’s books printed in Europe.

The emergency initiative—quickly organized by the Ukrainian Book Institute (UBI) with the support of the Federation of European Publishers (FEP)—is being opened at Bologna, the world’s largest and most influential trade show in the young readers’ sector—not only to indicate the Bologna Children’s Book Fair’s own backing of the initiative but to signal to is sister book fairs and trade shows in the industry that the effort is now active and hopeful of their participation, as well.

See our story on the statement of 14 international book fairs in 13 countries: ‘We Cannot Remain Silent.’

In a statement coordinated by the Brussels headquarters of the European publishers’ federation, the astonishing displacement of more than 3 million people so far from Ukraine is at the heart of the appeal being made to the world’s publishers for contributions.

In launching this new appeal, this media message has it, the Ukrainian Book Institute “hopes to raise enough funds to have hundreds of thousands of children’s books printed in Europe—because the Ukrainian city of Kharkiv where the main printing works are located has been heavily bombed in Ukraine by Russia

“These Ukrainian books will allow children to be entertained while keeping the link with their homeland,” in the forced diaspora they now are experiencing.

International news reports of the refugee crisis grow more dire by the day.

‘Important for the Book World to Show Solidarity’ 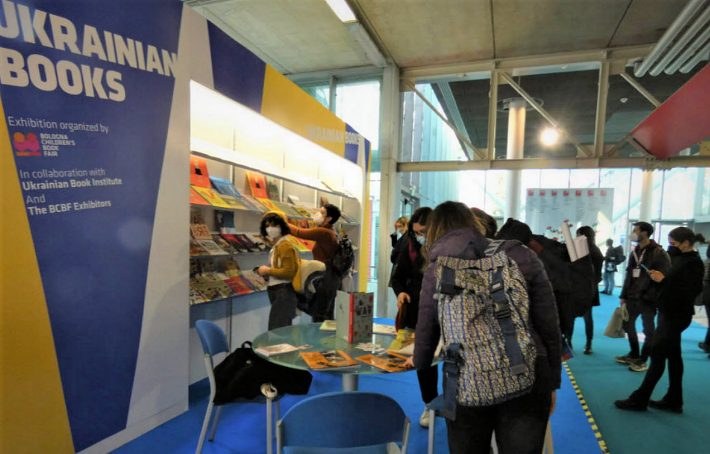 A special Ukrainian books stand has been set up at Bologna Children’s Book Fair. These are Ukrainian children’s books that publishers exhibiting at the show have brought with them in solidarity with Ukraine under Vladimir Putin’s assault. Bologna director Elena Pasoli tells Publishing Perspectives, “We have boxes and boxes of more books to add here” as publishers arrive with their titles. Image, Opening Day, March 21: Publishing Perspectives, Porter Anderson 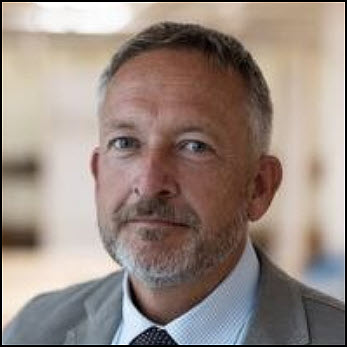 “In this terrible time of the Russian invasion of Ukraine,” their statement reads, “our friends and colleagues from the Ukrainian Book Institute asked us to lend support to collect money to continue printing Ukrainian books and distribute them to children.

“It is clear that it is our duty to help our fellow publishers in Ukraine and to make it possible for Ukrainian children to have access to books. 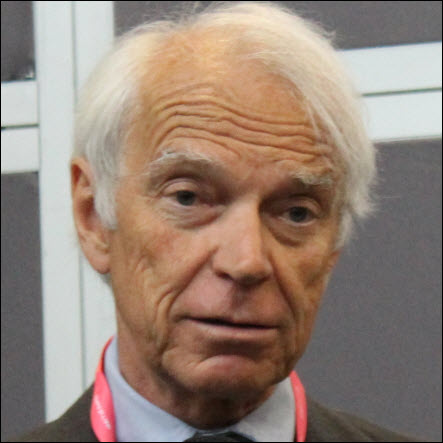 “It is important for the book world to show solidarity.

“If you can, please donate. All money will be spent to print books and will be managed by the Ukrainian Book Institute.”

And Levi is president of the Association of Italian Publishers (Associazione Italiana Editori, AIE).

Earlier this month, Levi was also designated by Rome an “Extraordinary Commissioner” to the Italian government, in anticipation of the 2024 Guest of Honor Italy program at Frankfurter Buchmesse.

His leadership of the effort has been commended by the Italian Council of Ministers and his appointment approved by the president, Mario Draghi, with the support of Dario Franceschini, minister of culture.

The guarantor of the operation is the Federation of European. All the money collected will be managed remotely by the Ukrainian Book Institute, responsible for choosing the titles and coordinating with local relays for the printing and distribution of the books to the children.

We’ll have more information on this new effort as it develops. 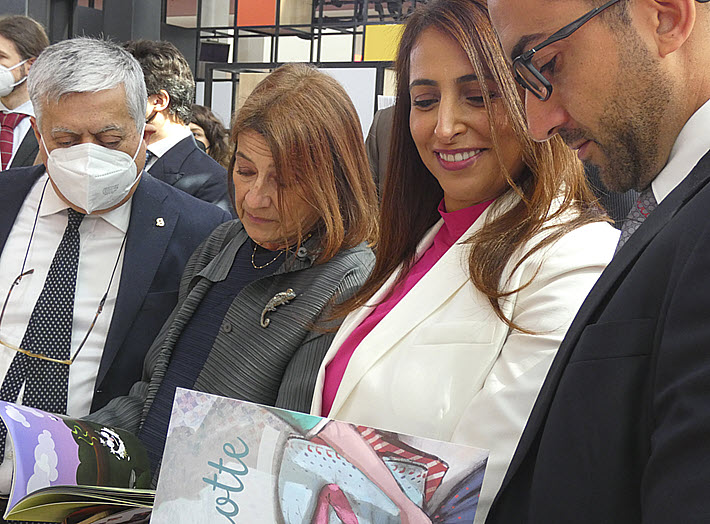 Our thanks to Jacks Thomas (Bologna Book Plus) and Anne Bergman (FEP) for their special assistance in this coverage.