NORLA is leading Norway’s guest-of-honor program at the Warsaw Book Fair in May, and plans include both physical and digital events. 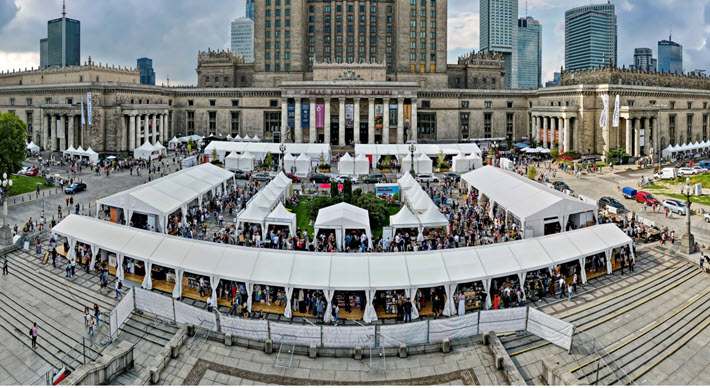 The Warsaw Book Fair at the Palace of Culture and Science. Image: NORLA

Polish is the Fifth Most-Translated Language Into Norwegian

As momentum gathers for industry trade events and public-facing book fairs, there’s news today (February 18) from Oslo that Norway is to be guest of honor at the Warsaw Book Fair. You may also hear it referred to as the Book Fair in Warsaw. The 2021 edition of the fair took place outdoors in September because of pandemic considerations.

This show, planned in physical format for May 26 to 29, has the distinction of being laid out in tents on the terrace at the towering 1955 Palace of Culture and Science, designed by the Soviet architect Lev Rudnev in what’s known as “Seven Sisters” style after the group of seven skyscrapers in Moscow.

A show with free admission to the public, the fair’s guest-of-honor turn for Norway is being arranged by NORLA in association with the royal Norwegian embassy in Warsaw.

As Publishing Perspectives readers know, NORLA–the Center for Norwegian Literature Abroad, a private foundation with funding from the country’s ministry of culture–is among the most accomplished of the world industry’s nationally-dedicated international translation funding agencies. To date, the operation has contributed to the translation of more than 7,000 Norwegian books into at least 70 languages.

NORLA organized and executed the program for Guest of Honor Norway in 2019 at Frankfurter Buchmesse.

The Warsaw Book Fair in May, the organization says in its media messaging, will be an opportunity to present a wide range of Norwegian literature to the Polish market and for several Norwegian authors to engage with their Polish audiences. There will be several events organized in digital distribution, as well as the in-person program, and for both consumers and industry professionals.

Huitfeldt: ‘All That We Have in Common’

In a prepared statement, Anniken Huitfeldt, Norway’s minister of foreign affairs, is quoted, saying, “Great literature can move us, provoke us, and make us see all that we have in common, something we need more than ever as we try to leave the pandemic behind. 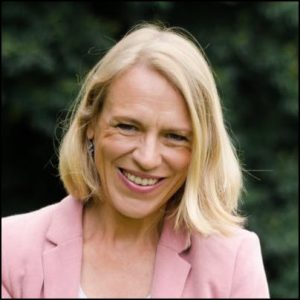 “Norway’s presence at the fair will make Norwegian literature even more accessible to a Polish audience, for the benefit of both authors and readers.”

Poland, according to the team at NORLA, has become an important market for Norwegian literature and there’s a large readership interest recognized there, ranging from crime and Nordic noir to children’s books and cartoons.

Polish literature also is reportedly well received in Norway, with Polish now being the fifth most-translated language. Being the guest of honor is a testament to this common interest in our cultures and languages.

Margit Walsø, the director of NORLA, says, “This is a big opportunity to once again present authors and books from Norway to an international market, this time to Polish readers.

“During the last five years, Polish has been among the Top 10 languages of NORLA’s translation grants.

“Many authors from Norway are already available in Polish translation, so the literary program will show all aspects of contemporary Norwegian literature.”

And one additional note for those who may be interested in the Norwegian Literature Festival, running May 31 to June 2 this year: International publishers, editors, sub-agents, and scouts are invited to apply for a fellowship to that festival, set in Lillehammer, where it’s expected that the rights center at Scandic Victoria Hotel will be open physically.

You’re right on top of the deadline today (February 18), so jump to the site and get the information you need to make a quick application, if interested, here.