The passage of a new state order in Saxony permits the Leipzig Book Fair to be staged physically in March. 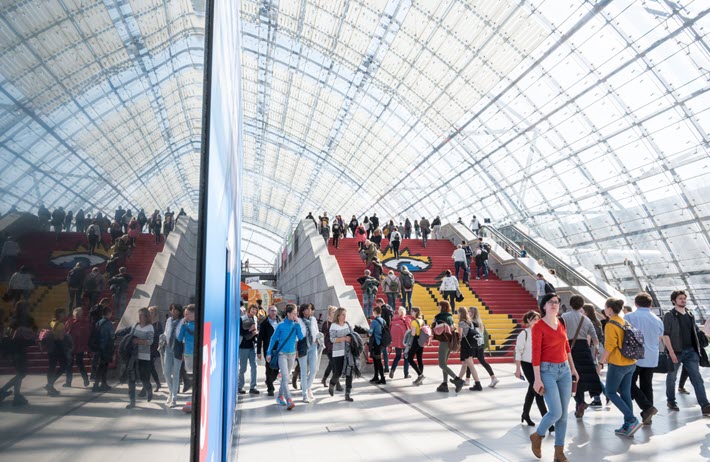 As covered in news reports from Germany, one question of the coming seasons of international public-facing book fairs has been answered: Leipziger Buchmesse, the Leipzig Book Fair, will go forward, March 17 to 20, as an in-person event, which includes trade-show events as well as its key stance as a fair for the population. 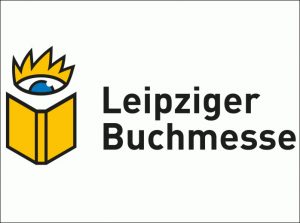 A “Coronavirus Protection Ordinance” was passed by the state of Saxony on Wednesday (February 1), laying out plans to relax coronavirus COVID-19 spread-mitigation measures, and this allows fair organizers some six weeks’ preparation time for the fair, with public-health models forecasting a peak in the current wave of the pathogen’s presence at the end of February.

Visitors will be required to adhere to “2G” rules, which means that participants must show proof of complete vaccination or proof of recover, in addition to “a daily updated rapid antigen test,” that latter factor meaning a test result no older than 24 hours at the time of admission to the fair. Testing will be provided on-site, and visitors who are fully vaccinated and boosted will be exempt from the daily testing requirement.

Visitors will have to adhere to a mask mandate, and information for the public includes the note, “By the way, you can also convey a smile with your eyes.” More on those visitors’ requirements is here.

Exhibitors will be required to adhere to “3-G” regulations, which will be in place during set-up and tear-down of stands, include proof of full vaccination or recovery and daily rapid antigen tests or PCR tests no older than 48 hours. (Testing will not be available on the fairgrounds during set-up and disassembly.)

On the stands, distancing and headcount limits will be in place. Masks can be removed for meetings on a stand as long as correct distance is established. Events will not be allowed at stands (book-signings, etc.). Separate areas for signings will be set up in the halls at Leipzig.

There are more details of regulations for exhibitors, which can be found here. In 2019, this show had some 2,500 exhibitors from 40 countries.

As reported by Torsten Casimir at Börsenblatt, the show’s director, Oliver Zille, is calling the ordinance cleared by Saxony’s leadership “a clear commitment from politicians” that they want the fair to take place in March. Confirmations are being obtained from exhibitors of their intent to participate so that exhibition-hall layouts can be finalized, Casimir reports, and Zille is stressing that the trade needs to show its support for the fair by maintaining their stand commitments.

There is, it seems, some hesitance detected in “the specialist departments of larger publishers,” meaning that exhibitors are debating how many staffers to commit to the show under the circumstances. Per Casimir’s article, then, the fair is working carefully and quickly to encourage a strong presence from the trade.

The show’s guest of honor this year is Portugal, and Leipzig’s most robust draw may be a “Manga-Comic-Con” being created as a new part of the show’s offering, in Hall 1. In Hall 3, another specialized offering, an antiquarian book fair, is expected to go forward as planned. 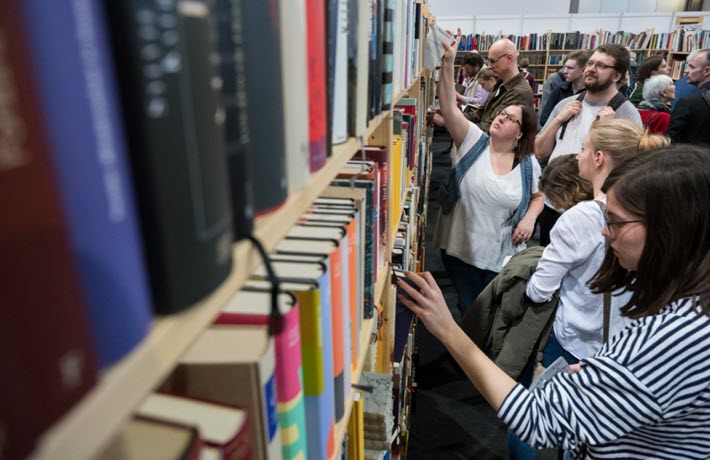 On Wednesday, DeutscheWelle reported another record high in new coronavirus infections, 208,498 in 24 hours. Also on Wednesday, the country passed the 10-million-case mark, reaching a total 10,186,644 infections, based on figures from the Robert Koch Institute. Even the seven-day rolling average hit a new high at 1,227 cases per 100,000 people. “Last month,” the report adds, “the incidence was just 222” per 100,000 residents.

Louis Westendarp, writing for Politico Germany, confirms that an advisory board to the country’s public-health authorities has recommended a fourth vaccine dose for people older than 70 as well as nursing home residents, people with immunodeficiencies, and health-care workers.

Nadine Schmidt, writing from Berlin for CNN, reports that “STIKO,” Germany’s vaccine advisory committee, has recommended the use of the Novovax vaccine “for all people over 18, as the country recorded its highest daily single-surge in infections.”

More from Publishing Perspectives about international book fairs and similar events is here. More on Leipzig Book Fair is here, and more on the German market is here.