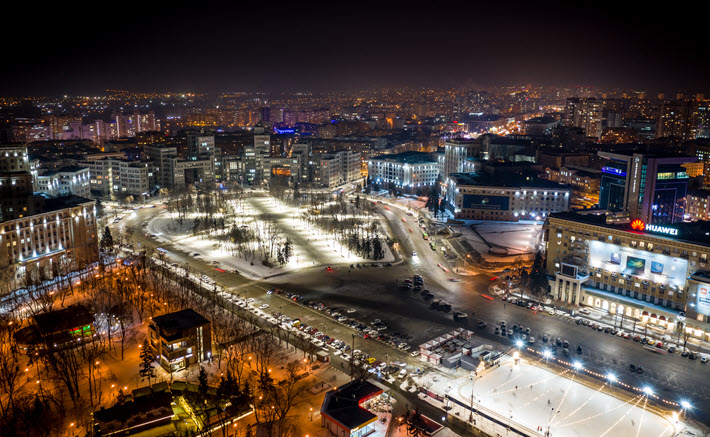 In Kharkiv, a view of Svobody (Freedom) Square and Karazin Kharkiv National University, the Derzhprom building. A residential area of the city is said by Ukrainian forces’ command to have come under a particularly severe Russian attack today. Image – Getty iStockphoto: 3SBworld

On Thursday (February 24), as it became obvious that Vladimir Putin had indeed ordered Russia’s unprovoked invasion of Ukraine, Oleksander Afonin, president of the Ukranian Publishers and Booksellers Association, wrote to the International Publishers Association (IPA) in Geneva.

The Ukrainian association is a full member-organization of the IPA, the membership of which currently spans 71 nations. The Russian Book Union is listed as a provisional member of the IPA.

Afonin’s appeal to his colleagues in the world body on Thursday asked that IPA’s members “find ways and tools to condemn Russia’s aggression against Ukraine and support Ukrainian people in this difficult time in the fight against the world aggressor.” His letter lists a series of legal and financial sanctions, many of which have been imposed—or are being discussed—by the NATO alliance, the European Union, and other countries.

“We are calling on the global community to fight against the war,” Afonin writes, asking for solidarity and for pressure on local governments for sanctions. He warns against Russian disinformation, and indeed Facebook on Sunday reported disrupting “a Russian disinformation operation targeting Ukraine,” per Elizabeth Dwoskin’s report for the Washington Post today.

Today, the IPA secretary-general José Borghino has responded to Afonin and the Ukrainian association’s members, and we’ve been provided with a copy of that letter, so that we can have it here in its entirety for you:

“Thank you for your open letter of February 24. I am deeply saddened by what has happened in Ukraine and I pray that you, your family, your friends, and all our publishing colleagues from the Ukrainian Publishers and Booksellers Association have been able to find relative safety. I have been in touch with your son, Andrew, who tells me that you and your wife are safe for the moment but that food is becoming scarce and that you sleep in air-raid shelters most nights.

“In responding to you, I am relaying your call for support to all of IPA’s members, and I know that there are many already looking to find ways to support you.

“We condemn this criminal Russian invasion in the strongest possible terms. The IPA was founded with the intention of supporting peace. Our first President, Georges Masson, stated at our inaugural Congress in 1896 that ‘the first International Publishers Congress … is one of many gatherings whose purpose is to multiply peaceful relations between nations, in encouraging the visible tendency of peoples to join more and more through a community of interests.’ Nothing in the intervening 125 years has changed that stance.

“Our current president, Bodour Al Qasimi, also asked me to share the following statement on behalf of the IPA: ‘The IPA stands in solidarity with publishers in peril all around the world and, especially at this moment, with our member in Ukraine, the Ukrainian Publishers and Booksellers Association. We are following developments and discussing how IPA can be of most assistance to our member. In times of peace, books have a powerful uniting force. In times of conflict, books are even more important in fostering hope, supporting reconciliation, and cementing peace.’

“All our Ukrainian colleagues are in our thoughts, and I hope that peace will be restored very soon. I look forward to spending time with you all in Kyiv, at the Book Arsenal Festival or visiting Mikhail Bulgakov’s house. We send you our hope, solidarity, and love.”

As This Article Is Prepared 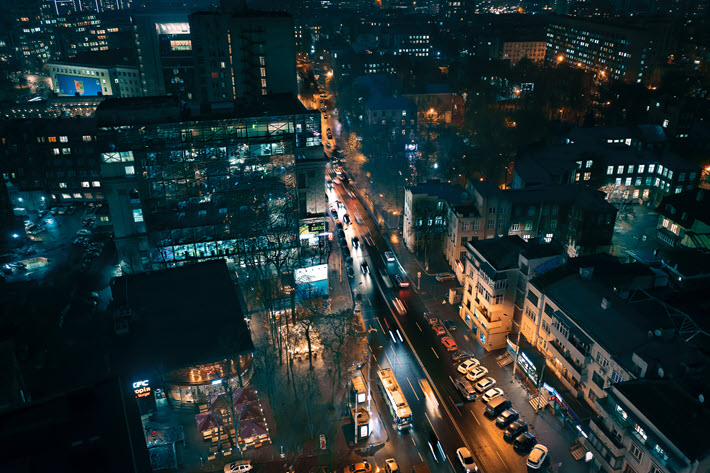 Even as increasingly powerful, coordinated international sanctions appear to be impacting Russia—in Moscow, The New York Times’ Anton Troianovski confirms that Russia’s stock market today has had to close as the value of the ruble has “cratered”—Zachary Basu at Axios is echoing the Ukrainian armed forces command’s messages that Kharkiv, the second city, is being shelled by Russia.

American and British military analysts say that it appears the Russians are using cluster bombs, designed for widespread lethality.

Sky News’ Sunita Patel-Carstairs writes that the news from Kharkiv does not look good, the Ukrainian interior ministry adviser Anton Herashchenko in social media talking of “dozens of dead and hundreds of wounded,” happening even as talks have been underway near the Belarusian border. Volodymyr Zelensky of Ukraine has made clear that he holds out little hope for these talks, and is demanding immediate cease-fire and a complete withdrawal by Russia from Ukraine. The Associated Press has reports of at least 44 people wounded, and cautions that at this point it’s unknown how many casualties—injuries or deaths—are civilian.

Also of note: Switzerland—home to the IPA’s offices—has stepped around its usual neutrality, as Alexandra Ma at Business Insider as reported, announcing today that it will freeze Russian financial assets in the country. 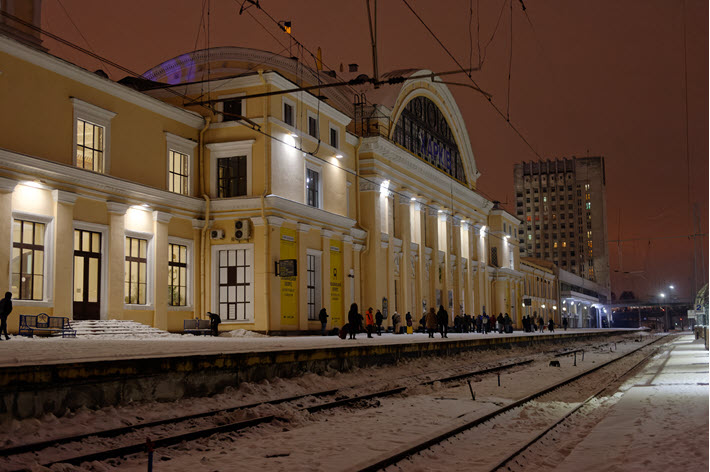 Catch up with all our coverage of Vladimir Putin’s war on Ukraine and its impact on the country’s publishing players and international industry reactions. More from Publishing Perspectives on the freedom to publish and the freedom of expression is here.