Rebuilt by the UN Development Fund with support from Germany’s KFW Bank, a new central library has opened at the University of Mosul in Iraq, its inventory in part provided by Book Aid International. 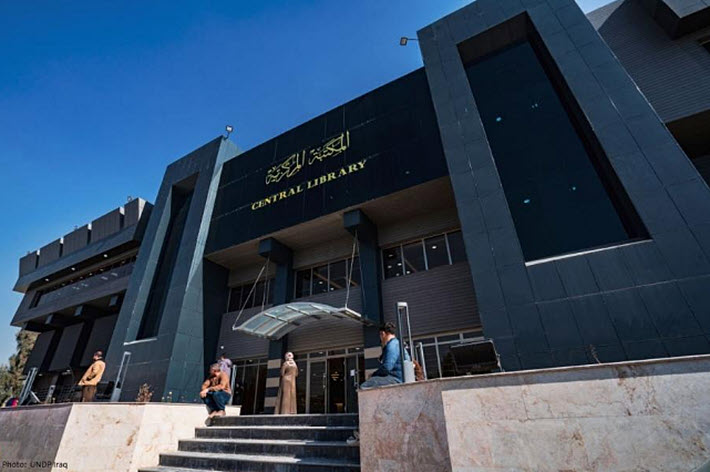 The new facility at Iraq’s University of Mosul, replacing the campus’ central library which was destroyed by ISIL. Image: UNDP Iraq

As Publishing Perspectives readers will recall, the University of Mosul’s library was highlighted at London Book Fair in 2019 for its destruction following the Islamic State in Iraq and the Levant’s (ISIL) occupation on June 2014. As Robin Wright wrote in her 2017 article in The New Yorker, the library’s collection had included a ninth-century copy of the Qur’an, as many as 600,000 books in Arabic, and more than a million “books, historic maps, and old manuscripts.”

Between Wright’s article’s publication and this year’s upcoming London Book Fair April 5 to 7 run, Book Aid International, which is based in the United Kingdom under the direction of Allison Tweed, has been at work, moving donations of more than 20,000 books to Iraq for the regeneration of the lost library.

Today (February 23) Book Aid is cheering the news that the University of Mosul library formally reopened on Saturday (February 19), with that tranche of 20,099 books as a significant part of its new collection.

The original, now lost, library, according to the UN’s information, had been founded in 1921 and was considered second only to Baghdad’s central library in the depth and wealth of its holdings.

As many as 10,000 books and manuscripts, the UN reports, were lost in missile bombardments from ISIL’s forces in Mosul.

Al Ashqar: ‘A Symbol of a New Beginning’ 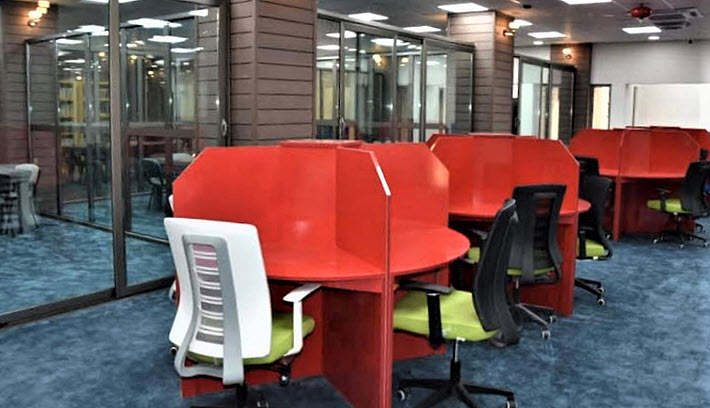 Study carrels at the new central library in Mosul. Image: University of Mosul

The new library, as described by the UN’s report, stands next to a major student center and a reopened theater facility. The library is expected to seat as many as 1,000 students, and will be able to house more than 100,000 books going forward. The building “comes with dedicated spaces for studying, meetings, computers, and exhibitions,” per the UN’s report published Saturday.

“We are incredibly proud to have played a small role in restoring the book collection that was destroyed at the University of Mosul library.”Alison Tweed, Book Aid International

On the occasion of the opening, Book Aid relates, Sayf Al Ashqar, secretary-general of libraries at the university, was quoted, saying, “This is an extraordinary moment in the history of our city.

“The library’s re-opening is not just important to the students but to all of us who lived through that terrible time. It’s a symbol of new beginning and we would like to thank everyone who made it possible.”

One intermediary rebuilding effort, you’ll remember, was called the Mosul Book Bridge campaign, led by Alaa Hamdon. Its site’s updates section last registered a notice in 2018, so it may no longer be in use.

Regarding the opening, Hamdon now is quoted by Book Aid, saying, “I have always believed that libraries are lighthouses of knowledge, providing a beacon for those who value learning. ISIS extinguished that light for a time, but now our lighthouse is once again burning bright.

“Libraries can only thrive when they are full of inspiring, wonderful books, I join in the University community in thanking Book Aid International for their support.” 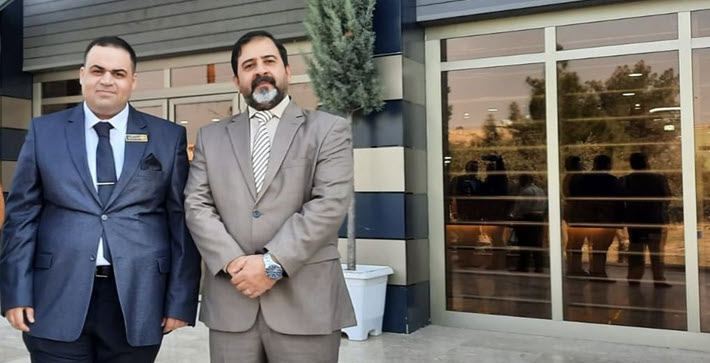 At the time Tweed spoke at London Book Fair in 2019, she said that Book Aid had signed a five-year partnership. “We want to send 50,000 books to Mosul over several years,” she said. 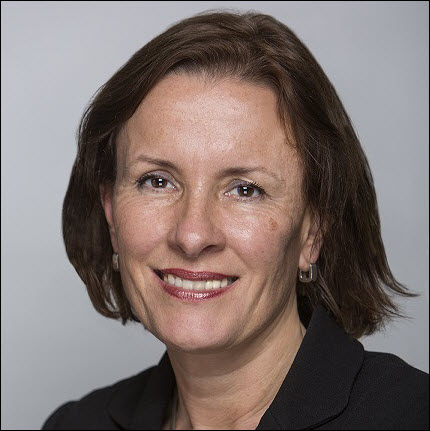 She spoke, understandably, however, of serious difficulties in getting donations to the new library site in Iraq, hampered at times by unrest in Kurdistan and the challenges of overland delivery. Tweed said then, in 2019, that shipping books to Mosul was a process that was “volatile and ever-changing.”

Nevertheless, she says in today’s media messaging that the Book Aid effort continues toward its goal. The charity’s press materials say the company “remains committed to providing thousands of additional brand new, carefully selected books to support the library on an ongoing basis.”

Tweed is quoted, saying, “There are few places in the world which have suffered a more direct attack on learning than Mosul, and we are incredibly proud to have played a small role in restoring the book collection that was destroyed at the University of Mosul library.

“We’d like to thank the UK publishers who generously donated these books to us as well as all of our financial supporters who make it possible for us to create access to books where it’s needed most.”

We reported the success of the 20,000-book donation in November, as Tweed was preparing to speak at Sharjah International Book Fair‘s professional program—the three-day Sharjah Publishers’ Conference from the Sharjah Book Authority led by Ahmed Al Ameri.

As it happens, Sharjah, in fact, is this year’s Market Focus at the London show, the term used by Reed Exhibitions for its shows’ guest-of-honor turns. Here is our coverage of what had been planned by Sharjah for the 2020 show. 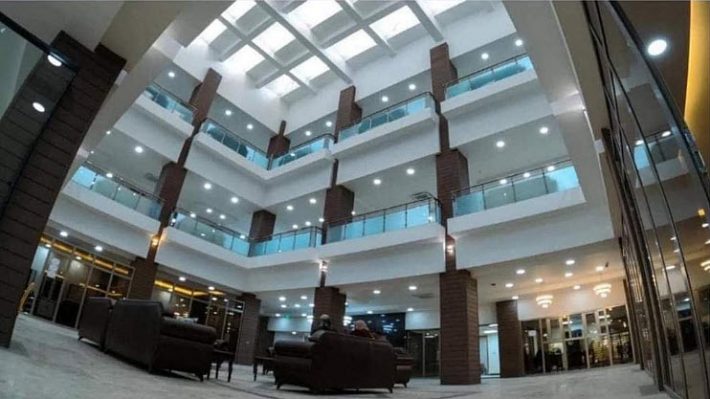