Some £19,000 in awards money has been shared among the 2022 winners of the translation honors administered by the Society of Authors. 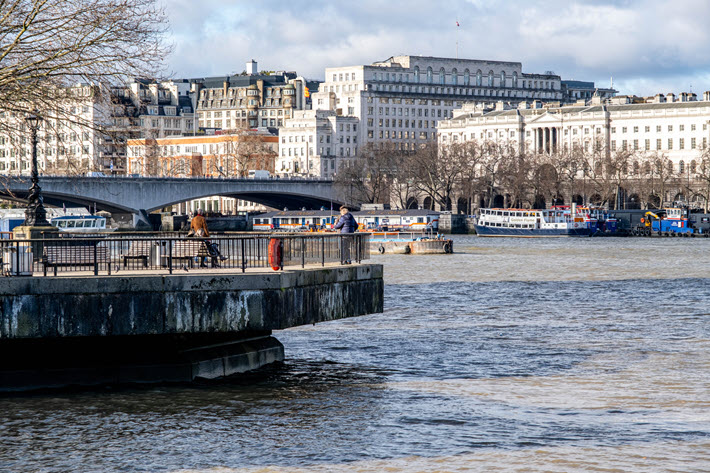 A view of the north bank of the Thames in London from Southwark’s Bankside, January 29. Image – Getty iStockphoto: Martin Lee

Today’s awards story from England looks at the recent announcement of winners in the 2022 £19,000 (US$25,735) Society of Authors Translation Prizes.

Some of these contests are held annually, while others operate on a biennial basis, each according to its sponsorship.

Publishing Perspectives has reported on the Saif Ghobash Banipal Prize for Arabic Literary Translation, which annually likes to announcing its winner ahead of the society’s group awards news. As you’ll remember, translator Sarah Enany is the winner of the 2021 prize for her translation to English of The Girl With the Braided Hair by Rasha Adly (Hoopoe Fiction), as we reported on January 12.

As the Banipal Prize must know, getting ahead of the pack can have its advantages. We’ve mentioned before that the competition for visibility between the United Kingdom’s many publishing and book accolades often appears to be more robust than between authors or publishers. It might be interesting to see The Awards Award for the Most Prized Prize established to determine which of that market’s programs had won the largest amount of publicity each year.

The Society of Authors administers more than these translation awards, their combined prize purses coming to more than £85,000 (US$115,132).

In the translation group we’re reporting on today (February 16), each of these honors has its own character and criteria. These prizes this year went to translations from Swedish, Spanish, German, French, and Dutch, as well as one, the TA First Translation Prize, “for a debut literary translation from any language.”

The GBS Prize (£2,000 / US$2,709) is for translations into English of full-length Swedish language works. Until now it has been a triennial award but it will become biennial from 2022, with the next prize to be awarded in 2024.

The Shaw Prize held the leading news from the translation awards this year, the announcement online having been sponsored by England’s Authors’ Licensing and Collecting Society (ALCS).

This time, Death was even a runner-up to herself, for a translation of Chitambo by Hagar Olsson (Norvik Press). Jurors were Charlotte Berry and Annika Lindskog. The award is sponsored by the Swedish embassy in London.

This is the honor (£2,000 / US$2,709) for a debut literary translation into English and published in the United Kingdom. It’s always of special interest for Publishing Perspectives readers because it’s one of the programs started with seed money from the highly regarded author and translator Daniel Hahn. Sponsored by Hahn and the British Council, this is the one that has the special grace to recognize both translator and editor, a rarity amid all these publishing contests.

This year’s jurors were Hahn, Vineet Lal, and Annie McDermott. McDermott has contributed a glowing statement of rationale, writing, “This is an astonishing achievement. Every intricate, seamlessly unfurling sentence of Jackie Smith’s translation feels like a work of art–particularly impressive given the shape-shifting nature of this book, which moves through different genres, voices, and historical periods as it takes in subjects as varied as Caspian tigers, East Germany’s Palace of the Republic, and a collection of maps of the moon.”

This is annual prize of (£2,000 / US$2,709) for translations into English of full-length Spanish language works. This year’s jurors were Margaret Jull Costa and Sarah Maitland.

This is an annual award of £3,000 (US$4,063) for translations into English of full-length German works. This year’s jurors were Jen Calleja and Alexander Starritt. The award is sponsored by the German embassy in London.

Sponsored by the Institut français du Royaume-Uni, this is an annual award of £1,000 (US$1,354) for translations into English of full-length French works of literary merit and general interest. This year’s jurors were Gini Alhadeff and Ian Patterson.

Conferred on a biennial basis, the Vondel pays a handsome €5,000 (US$5,670) for translation into English from Dutch or Flemish. This year’s jurors were Susan Massotty, Jane Draycott and Michele Hutchison.

The winner also attends the Leipzig Book Fair (which on February 9 had to be cancelled), as well as the International Translators’ meeting organized by the Literary Colloquium Berlin.

This is Publishing Perspectives’ 33rd awards report in the 33 publication days since our 2022 operations began on January 3.

More from Publishing Perspectives on translation is here. More from us on publishing and book awards programs is here, more on the Society of Authors is here, and more on the UK market is here.