Aina Martí-Balcells at Héloïse Press in Canterbury says she expects to release a first translation in May and to produce four titles this year. 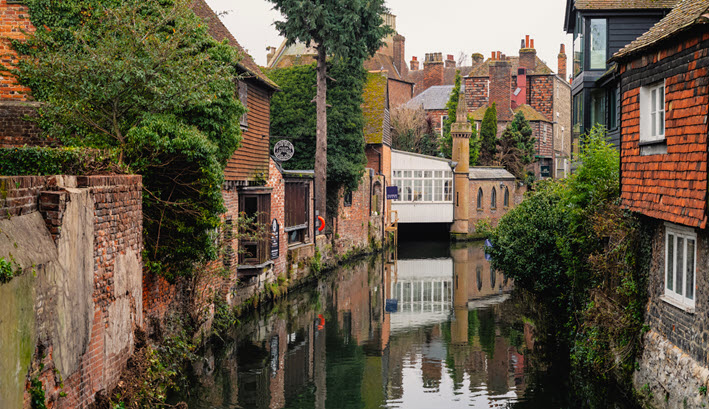 In Canterbury, on the Stour. Image, February 11 – Getty iStockphoto: CBCK-Christine

Running counter to the recent trend of small independent publishers setting up in northern England, a new, one-woman enterprise called Héloïse Press has launched in Canterbury, in the country’s southeast.

Its founder, Aina Martí-Balcells, 36, is from Figueres, in Catalonia, near Spain’s border with France. She earned a PhD in comparative literature in the United Kingdom and reads French, Italian, German, Spanish, and Catalan, making her well-equipped to read manuscripts by contemporary women authors. Héloïse, named for the 12th-century French feminist intellectual and philosopher, is to focus on “intimate narratives that explore women’s lives across the globe,” most often in translation.

A UK resident for 10 years, Martí read manuscripts, wrote reviews, and did research at the European Literature Network and worked with the site New Books in German, where she came into contact with the Swiss foundation for culture, Pro Helvetia. These sites, which promote contemporary books from Europe would prove excellent resources, she says, helping her check whether they’d been translated into English. 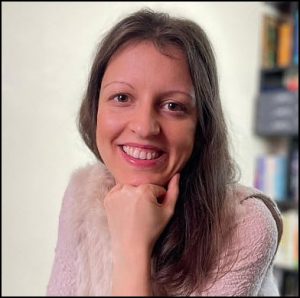 Martí and five female friends were all finishing their doctoral degrees just as the coronavirus COVID-19 pandemic began in early 2020. Her friends, from various countries, left the UK and she missed them.

“It was a period of professional change,” she says. “I was lecturing on temporary contracts, and I wanted something more stable.”

Martí began to think about how she loved literature written by women. She missed sharing stories with her friends, she says, and was aware that fewer women’s writings reportedly are translated than men’s work. She could start a press with her savings to translate contemporary literature by women.

“Before I could explain it,’ Martí says, “I could visualize it. The concept seemed very clear to me.”

In doing market research, Martí looked at houses including Peirene Press in the UK and the more recently opened Catalan publisher Editorial Les Hores (the Hours).

She says the design was important to her because she wants to create a brand identity. She worked with designer Laura Kloos, who has created her site and designed the book covers in a minimalist style with delicate illustrations. Translators will be happy to note that their names are on the covers, just under the author’s’, reflecting a call from the Society of Authors in late 2021.

Martí says she’ll hire journalists to write about each book in a section on the Héloïse site, to give the books some socio-cultural context. Like Peirene, Héloïse has a subscription model, set at £40 (US$54.27) per year.

‘Thirsty Sea’ Set for a May Release 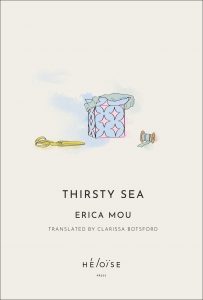 In the autumn, Martí is scheduled to publish French author Nina Bouraoui’s Satisfaction (JC Lattès), longlisted for the 2021 Prix Femina.

Between now and then, she plans to publish the Belgian author Caroline Lamarche’s The Memory of the Air (La mémoire de l’air, Gallimard) in a translation by Katherine Gregor and the Swiss writer Laura Vogt’s What Concerns Us (Was uns betrifft, Zytglogge), translated by Caroline Waight.

Martí holds world English rights to all the books except Erica Mou’s.

Héloïse books will be printed in Chatham and distributed in the United Kingdom and Ireland by Central Books and in Australia by Peribo. For the moment, Martí says, she doesn’t have a distributor in Europe or the United States. 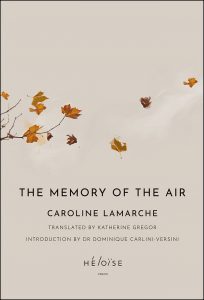 Martí says that responses from publishers and agents have been very positive since she has begun presenting Héloïse.

She reports that she has received translation funding for all the titles for which she’s applied.

Compared to applications for funding in academia, translation funding applications are plain sailing, Martí says. This year, she plans to publish four books, one every two months. Eventually she’d like to publish texts in English as well as texts from languages she doesn’t read, including Arabic.

Female narratives from countries in which women can’t publish are also part of her plan, working with organizations such as Untold Narratives, which recently published stories by Afghan women with Hachette UK’s MacLehose Press.

Aina Martí-Balcells plans to be at this year’s London Book Fair (April 5-7).