Together, the merging Draft2Digital-Smashwords self-publishing platform claims 250,000 writers and more than 800,000 ebooks.

Image: From Draft2Digital’s home page as its merger with Smashwords is announced, February 8

The Agreement Is to Close March 1

While consolidation in publishing is a topic under frequent discussion among international trade publishing professionals, today’s news of the Draft2Digital–Smashwords merger is comes from the self-publishing business. 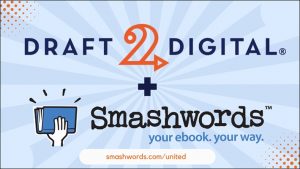 The arrangement, expected to close on March 1, is a cashless deal between the two United States-based companies. The announcement today (February 8) stipulates that both companies are “profitable and debt-free.”

Draft2Digital’s co-founding CEO Kris Austin will be the chief executive of the combined entity, which will take Draft2Digital’s name. Smashwords’ founding CEO Mark Coker will become “Chief strategy officer” and a board member in this marriage of two platforms. 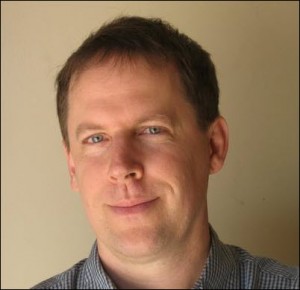 He writes, “I’m investing our entire company into the new Draft2Digital, and together we’ll lead the next chapter of the indie publishing revolution.”

Coker’s company has created an FAQ for authors here, naturally geared toward his Smashwords faithful. The Draft2Digital site has its FAQ here. The announcements of the deal today says that the two companies together “enable 250,000 authors and publishers around the world to publish, distribute, market, and manage more than 800,000 ebooks and 11,000 print-on-demand paperback books.” 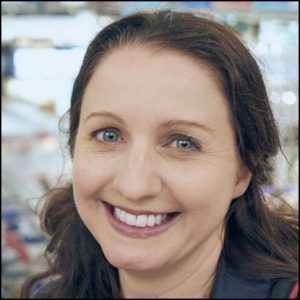 The two parties have made the prudent move of getting an endorsement from Joanna Penn. Based in England, Penn is one of the English-language self-publishing industry’s most trusted stalwarts, and she’s quoted, saying, “This acquisition is great news for indie authors. Two of the industry’s strongest advocates for indie authors are combining their unique tool sets, technologies, and energy to do more for the indie community. There are exciting years ahead.”

“Early in our discussions with Smashwords, we each immediately realized we can accomplish so much more for the indie author community by working together than working as competitors. 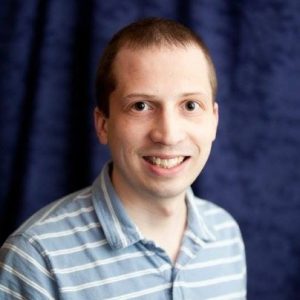 “The resources we once expended creating duplicative systems can now be redeployed to ramp up our R&D [research and development] investments in next-generation tools to empower authors and publishers.”

The two systems’ merger will, the companies promise, happen “in gradual and incremental steps” in order “to minimize workflow disruption for authors, publishers, and sales partners.”

Seeking to reassure regular users, the press commentary reads, “Authors and publishers of both companies can continue utilizing their current platform of choice with the understanding that over time the authors and publishers of both companies will gain access to a common dashboard, common distribution outlets—including distribution to the Smashwords Store for current Draft2Digital authors—and an expanded suite of new and improved tools for book publishing, distribution, and marketing.”

Draft2Digital has scheduled a question-and-answer event for authors on Wednesday (February 9) at noon CT / 1 p.m. ET / 18:00 GMT with Austin and Coker. That event can be seen on YouTube and Facebook, and information about it is here. 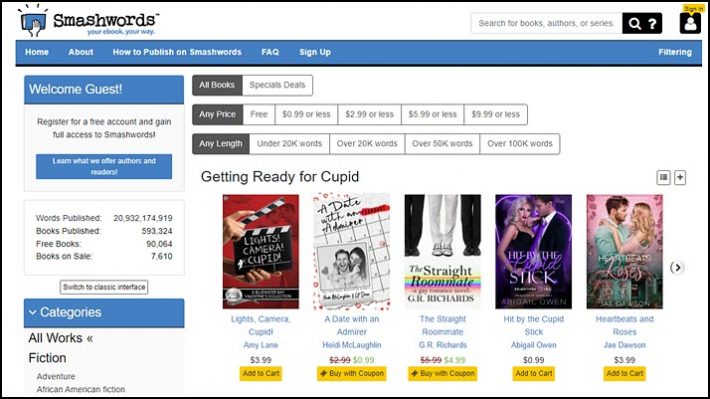 Image: From Smashwords’ home page as its merger with Draft2Digital is announced, February 8

Smashwords is the older of these two companies, founded by Mark Coker in 2008, a year after Amazon in 2007 juiced the self-publishing concept by introducing its Kindle Direct Publishing platform, as well as the original Kindle reader—a development frequently described at the time as a “walled garden” of content and distribution.

A quick comparison of the site aesthetics now presented by Draft2Digital and Smashwords offers clues to the discrete appeal of the two companies. Draft2Digital presents itself in the gauzy-image, spacious site-design idiom of many “lite” online banking and cellular services today. Smashwords, by contrast, has retained its determinedly rugged DIY-upstart look and feel. The challenge ahead in bringing the two service’s users together is clear: There was a bit less hand-holding provided at Smashwords, perhaps, than writers might find in the slicker hum of Draft2Digital. But Smashwords’ fans may have been happier with their hands free for driving the truck.

What’s most interesting for industry observers today may be a change in tone.

Draft2Digital and Smashwords were created in an era of stark tension between the legacy book-publishing trade apparatus on one hand and a newly enabled self-publishing community on the other. Each of those parts of the industry was to varying degrees intimidated and annoyed by the other, even as both grappled with the “digital disruption.”

As we know now, however, the 2007 Kindle thunderclap in Seattle did not let loose the kraken on the traditional book-publishing business. Two years later, in 2009, Amazon was busy launching a trade publishing house of its own. Amazon Publishing now is among the most prolific and accomplished houses in the world, sometimes called the Big Sixth, with 16 imprints operating in several countries, the Amazon Crossing brand now a leader in the international industry for translated literature.

There surely still are touch-points between the two great paths to publication. Mark Coker, even in today’s commentary, has referred to “the revolution.” The energy of the barricades is reliably alluring.

And yet many self-publishing authors and the trade’s management may spend less energy today demonstrating their feelings about each other and more time getting on with it. Everything that downloads today is a competitive force for books in the attention marketplace, from television, film, and music to video, gaming, and podcasts. The two main camps of publishing can keep themselves busy simply fighting their own respective demons.

And it may be, as Draft2Digital’s Kris Austin hints in his statement, that we’ll also see less intra-indie competition among self-publishing platforms, going forward. More consolidation of the kind announced today may be ahead, and may bring together complementary capabilities for authors.

The biggest threats to everybody’s readership—how many streamer subscriptions do you have?—may never have been inside publishing after all.