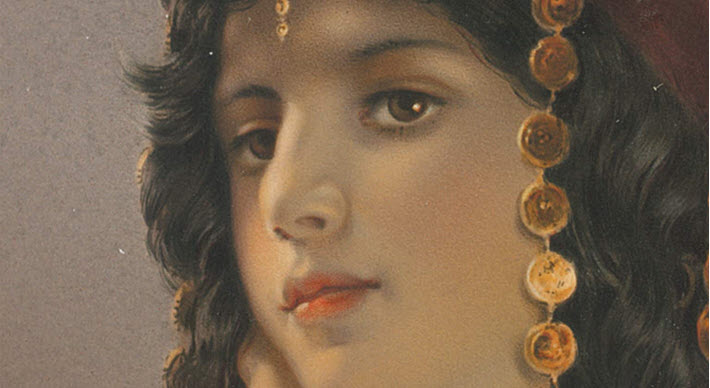 Praised by the jury for ‘faithfully echoing the style’ of author Rasha Adly, translator Sarah Enany wins the £3,000 Banipal Prize.

Image: ‘The Girl With the Braided Hair, Hoopoe Fiction

Having brought you the shortlist for the London-based Saif Ghobash Banipal Prize for Arabic Literary Translation on November 23 when it was released, we have today (January 12) the news from the United Kingdom that translator Sarah Enany is the winner of the 2021 prize for her translation to English of The Girl With the Braided Hair by Rasha Adly (Hoopoe Fiction).

This is the Banipal Prize’s 16th year and 2021 is the correct year to assign to it: as in the case of the Costa Book Awards and several others, this program collects submissions and makes its selections in the year prior to that in which it names its winner.

The Banipal is one of the translation prize programs administered in the United Kingdom by the Society of Authors in London. While most of the winners of those programs’ honors will be announced by the society in a unified event online on February 10, the Banipal likes to announce its own winner independently. The Banipal Trust anticipates having a separate program online honoring author Adly and translator Enany on February 17.

The prize’s intention is to raise the profile of contemporary Arabic literature while honoring the crucial role of translators in bringing work of established and emerging Arab writers to the attention of the wider world. The program has an annual deadline of March 31, with more information here.

The jurors for the 2021 competition were:

And in their quite lengthy rationale for their selection of Enany’s work, the jurors provide a synopsis of Adly’s book in Enany’s translation:

“This year’s winner of the Saif Ghobash Banipal Prize is Rasha Adly’s novel Shaghaf (Passion), superbly translated into English by Sarah Enany as The Girl with Braided Hair. Dedicated by its author ‘to everyone who has been defeated by life or had their dreams broken,’ it’s a wonderful combination of art and history, of contemporary Egypt and its 18th-century past, as it recounts the stories of two women. 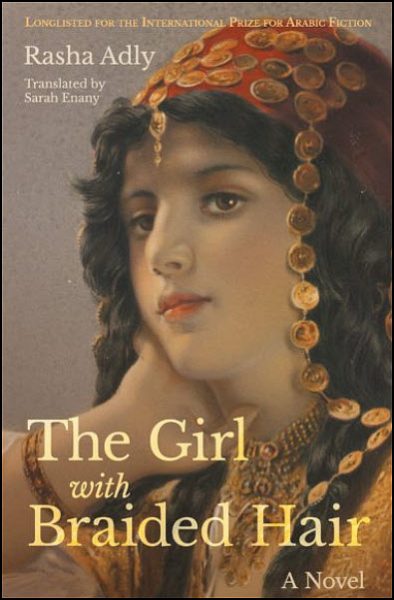 “In the modern era, Yasmine embarks on some research in order to find out the history of a painting of a beautiful woman. It’s an unsigned painting that Yasmine is helping to restore. After a good deal of research, she finds that it turns out to be the work of Alton German, a French artist and writer who accompanied Napoleon on his invasion of Egypt in 1798.

“In this narrative, skillfully segmented into its two time frames, the reader is taken back to the earlier period and provided with both a vivid picture of the ruthlessness of the French invasion and—reflecting the original Arabic title—the infatuation that the painter feels for Zeinab, the subject of his painting.

“Zeinab, the lovely daughter of a prominent sheikh at the Al-Azhar Mosque in Cairo, has attracted the attention of Napoleon himself and risks alienation from her own family by responding to the flattering attentions of such foreigners and their very different cultural values and behavior.

“The judges were all impressed by the skill with which the author dexterously combines history, art, passion, and politics in the different but connected stories of these two Egyptian women, each story line subdivided into multiple segments, frequently prefaced by specific dates, whether 1798 or 2012. The resulting narrative—a multi-textured story of love, war, and the ruthlessness and privileges of the invader—draws the reader into its two eras and worlds, as the quest for information about the portrait and its artist is interspersed with historical detail about Napoleon’s invasion and its impact on Egypt, Cairo society, and on Zeinab herself. The subtle and beautifully crafted translation faithfully echoes the style of the author. “

The jurors discussed the other four shortlisted works—all considered notable contributions to Arabic fiction in high-quality translations—but they were unanimous in their choice of Adly’s novel and Enany’s work for the excellence and readability of both its original and translated versions. 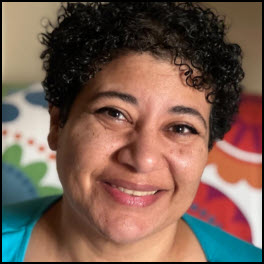 Enany is an assistant professor in English language and literature at Cairo University.

She has been known in the field for her translations of the three novels of Kamal Ruhayyim’s Galal trilogy, a series published by AUC Press: Diary of a Jewish Muslim (2014); Days in the Diaspora (2012); and Menorahs and Minarets (2017). 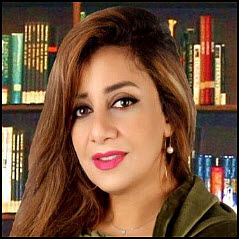 The book’s author, Rasha Adly, is a native of Cairo and a researcher and lecturer in art history. She’s the Cairo correspondent for Emirates Culture magazine. 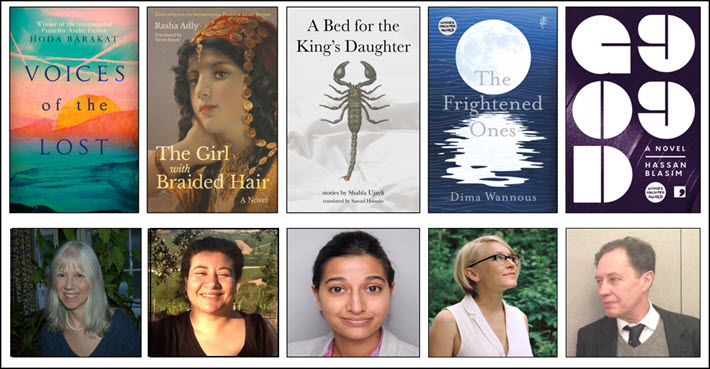 The prize is wholly sponsored by Omar Saif Ghobash and his family in memory of the late Saif Ghobash, a man who was passionate about Arabic literature and other literatures of the world.