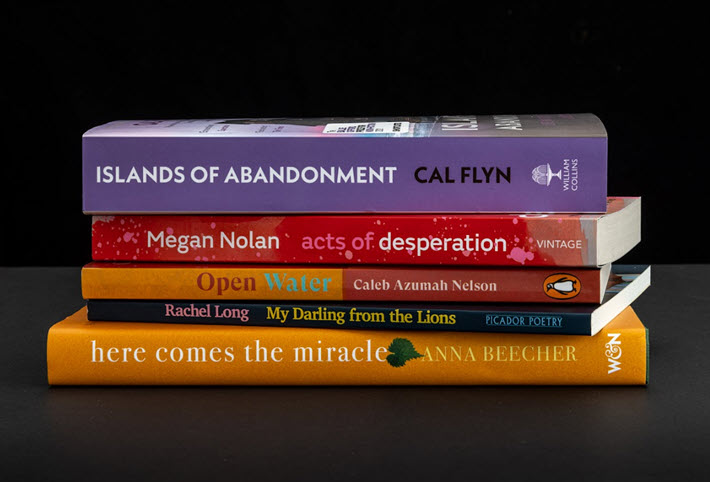 In the United Kingdom’s crowded field of publishing and book awards, the 30th anniversary iteration of the Sunday Times‘ award for writers 35 and younger has adjusted its schedule of activities, as you may remember, so that its 2021 winner will be named and presented this year, in 2022.

Now officially named the Sunday Times Charlotte Aitken Trust Young Writer of the Year Award, the program has benefitted from its new sponsorship by the Charlotte Aitken Trust—announced in June—with a doubling of its prize money. The purses in this cycle of the award are worth £10,000 (US$13,475) for the winner and £1,000 (US$1,347).

This year, the program opens a new partnership with Waterstones. Potentially the biggest advantage for authors in this program, the new feature will see the shortlisted and winning authors recognized in Waterstones’ busy social-media channels and subscription newsletter, which reportedly has more than 1 million recipients. There’s also to be in-store attention given to the authors. The Waterstones chain has more than 280 stores.

In a prepared statement for the shortlist announcement, Bea Carvalho, head of fiction at Waterstones, is quoted on the arrival of the shortlist and, in the process of producing her comment, points up an interesting element of the Sunday Times/Aitken Trust program: it recognizes not only fiction but also nonfiction–in this case, Cal Flyn’s ecologically perceptive Islands of Abandonment: Life in the Post-Human Landscape, which has had jurors’ attention in the Baillie Gifford and British Academy Book Prize for Global Cultural Understanding programs. 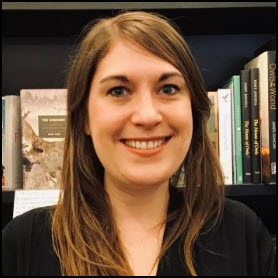 “The judges have chosen a brilliant shortlist,” writes Carvalho, “which showcases the sheer excellence of new writing being published across genres today: this level of talent amongst emerging writers signals a bright future for literature, bookshops, and readers. The Sunday Times Young Writer of the Year Award has helped to launch the careers of some of the most celebrated and beloved writers at work today and it is exciting to think of these young writers joining those ranks.

“We’re particularly thrilled to see Caleb Azumah Nelson, whose Open Water was selected by booksellers for the Waterstone Book of the Year 2021 shortlist, as well as Islands of Abandonment, which is currently our Nonfiction Book of the  Month.  All  five  authors contribute something fresh, vibrant, and  vital to our bookshelves and we are grateful for the opportunity to elevate their profiles through this shortlisting, and introduce many more readers to their words.”

The winner will also be offered a 10-week residency with the University of Warwick (where the award’s funding was based before the Charlotte Aitken Trust entered the picture), and a two-year membership at the London Library. The library, which is to host the award ceremony, also offers a one-year membership to each shortlistee. And the British Council partners with the program to include its shortlisted authors in its overseas promotional activity.

Young Writer of the Year 2021 Shortlist

This week, Granta.com is expected to publish excerpts from the five shortlisted titles. The Sunday Times award is one of the competitions administered by the Society of Authors.

The current panel of jurors is led again, of course, by Sunday Times literary editor Andrew Holgate. He’s joined by:

The Awards Context for the Young Writer Program

In November, with the announcement of the program’s new timing on the calendar, we looked at how competitive an award like the Young Writer of the Year can become.

In November, as it announced this year’s jurors, the £10,000 program referred to itself as “the UK and Ireland’s most influential prize for young writers,” although its nearest competition, the £20,000 Dylan Thomas Prize based at Swansea University in Wales, has been in operation since the 1980s initially as a biennial honor. In 2010, the Dylan Thomas became annual.

With its new shortlist announcement, the Sunday Times Charlotte Aitken Trust  Young Writer of the Year Award has dubbed itself, “the most influential prize for young writers” without any delimiting factors of market reach, although it’s still limited to British and Irish authors.

The Dylan Thomas is a prize that goes to a writer who is younger than 39, while the Sunday Times Charlotte Aitken Young Writer of the Year Award is available to writers who are some five years younger. Indeed, the Dylan Thomas’ larger cash prize and name-brand advantage may well make it a program more easily recognized outside the United Kingdom, where the Sunday Times‘ good name is not as well known.

The 2021 Dylan Thomas Prize was awarded in May to the American author Raven Leilani for her debut novel, Luster. In the United Kingdom, Luster is published by Pan Macmillan/FSG/Picador (January 21).

The Sunday Times award is also one of at least two such programs in England that has had a hiatus during its operation. It was founded in 1991 to consider fiction, nonfiction, and poetry, and was suspended in 2008. About seven years later, in 2015, it re-emerged with its first new sponsor, Peters Fraser & Dunlop. The next sponsor was the University of Warwick, followed by the current benefactor, the Charlotte Aitken Trust.

And a programming note: Publishing Perspectives will be joined by Waterstones managing director James Daunt in a round table discussion, “Book Publishing Reloaded: Selling Books in a Changed World,” on Friday, January 28, a digital program from Italy’s Scuola per Librai Umberto e Elisabetta Mauri program, a “School of Booksellers.”