The second cycle of the German Nonfiction Prize has again drawn submissions from publishers in Germany, Austria, and Switzerland. 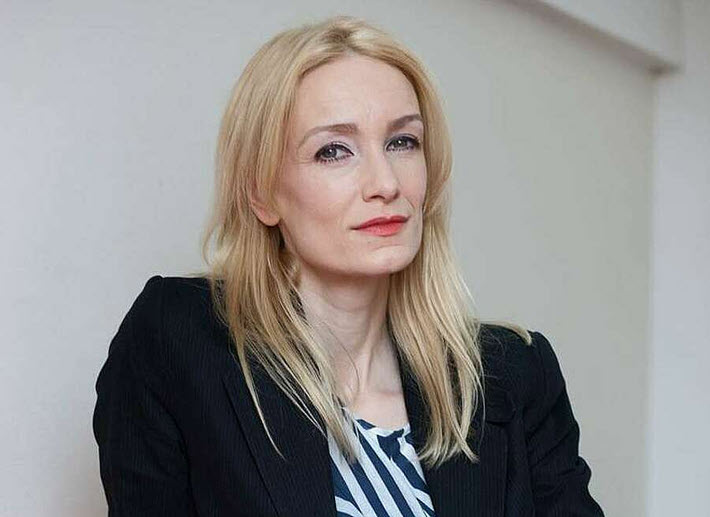 ‘Die Tageszeitung’ journalist Tania Martini has been chosen to serve as chair of the German Nonfiction Prize 2022 jury. Image: Taz

At least 130 German-language publishers have submitted a total 205 titles for the still-young German Nonfiction Prize, organizers have announced today (January 11). Those numbers are slightly behind last year’s submissions. The program reported on January 12, 2021, that 135 publishers had submitted 220 titles.

As Publishing Perspectives readers will recall, the jury for the program was announced in early November by the Akademie Deutscher Sachbuchpreis (Academy of the German Nonfiction Prize):

The jurors have chosen die tageszeitung (“Taz”) journalist Tania Martini to be their chairwoman.

The jury’s next step will be to produce an eight-title list of nominations for an April 12 announcement. The winning work will be named on May 30, again at the Humboldt Forum at the Berlin Palace.

This is the program that had been planned for a 2020 debut, but the intervention of the coronavirus COVID-19 pandemic made it impossible to go on with the program’s first year. Ironically, that lost year for the award saw its biggest tallies to date in terms of submissions organizers reported that 152 publishers submitted 240 monographs. 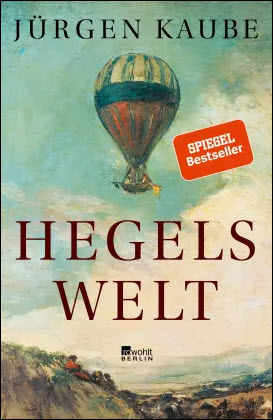 The effort to inaugurate the German Nonfiction Prize was “broken off prematurely,” as the organizers put it, and was revived for 2021. Jürgen Kaube won the actual inaugural 2021 prize in June, for his biography Hegel’s World (Rowohlt, August 17, 2020).

Today’s media messaging says that the submissions made for the 2022 round break down this way: 112 submitting publishers are in Germany; 11 are in Austria; and seven are in Switzerland.

Each publisher could submit a maximum of two works that appeared or will appear between May 2021 and April of this year, when the announcement of the nominees is anticipated. In addition, each publisher could recommend up to five additional titles from their own lists. That group of recommendations comprises 161 titles.

The jury can request additional titles from the list of recommendations, if desired.

The Stiftung Buchkultur und Leseförderung des Börsenvereins des Deutschen Buchhandels (the Foundation for Book Culture and the Promotion of Reading of the German Publishers and Booksellers Association) will award the prize, worth a total of €42,500 (US48,316) on 30 May 2022.

The award honors an outstanding nonfiction book written in German that inspires social debate. The winner receives €25,000, the seven nominees €2,500 each. 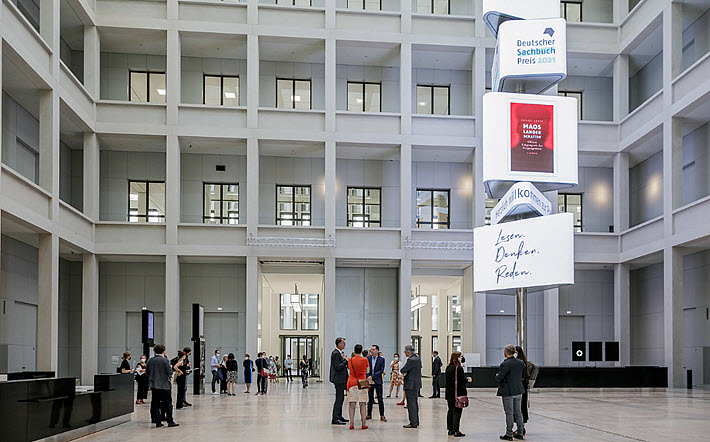 At the 2021 German Nonfiction Prize award ceremony in the Humboldt Forum at the Berlin Palace. Image – Börsenverein, Monique Wüstenhagen

Eyebrows were raised on Monday night (January 10), when Germany’s health minister, Karl Lauterbach, said during a talk show that the Boris Johnson government’s light-touch response to B.1.1.529, the #omicron variant, are “an unethical bet,” as reported by Politico’s Louis Westendarp.

Reuters Berlin reports, “The ruling Social Democrats (SPD) expect a bill on making COVID-19 vaccination mandatory in Germany to be voted on by parliament in March, the party’s leader in the legislature said on Tuesday.” Running behind on vaccination rates by comparison to some parts of Europe, Germany reported 45,690 COVID-19 cases on Tuesday, per Reuters’ figures, 50 percent more than a week ago.

“Some 72 percent of Germany’s population is double-vaccinated against the virus and around 43.5 percent have received a booster shot,” according to the wire service.