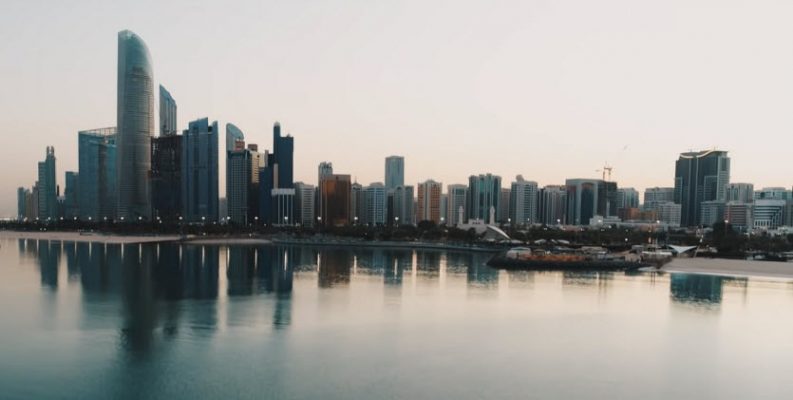 The Sheikh Zayed Book Award longlists in Literature, Translation, ‘Contribution to the Development of Nations,’ and Literary and Art Criticism honor writers and translators from many parts of  the world. 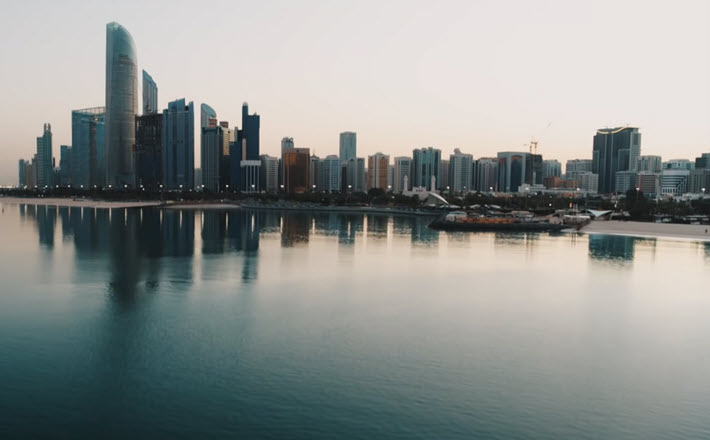 Our regular readers will recall the longlists released already in the 2021-2022 iteration of the Sheikh Zayed Book Award—organized and administered by the Abu Dhabi Arabic Language Centre under the direction of Dr. Ali Bin Tamim—in the categories of Children’s Literature and Young Author.

Today (January 20), we have the remainder of the Zayed Award program’s category longlists.

This is the award’s 16th edition, and with a purse of 750,000 UAE dirhams (US$204,193) in each of the eight book categories, the Sheikh Zayed Book Award is among the wealthiest portfolios of publishing-related honors in the world, worth a total of 7 million dirhams (US$1.9 million).

As was announced late last year, the program has for the first time surpassed 3,000 submissions across its nine categories.

We begin today with the Literature category’s longlist, which features 13 titles in prose and two in poetry.

There are 15 titles on the 2022 longlist in Literature, drawn from a total 852 submission—a remarkable 46-percent increase in the number of submissions made for the 2020 round. 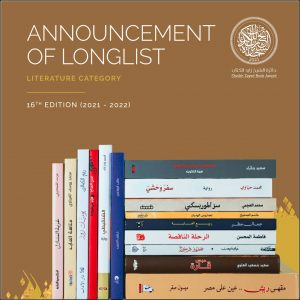 The two poetry longlisted entries are:

Chosen from a total pool of 148 submissions, the 10 nominations in the Translation category include books from publishers in six Arab countries: Saudi Arabia, Egypt, Syria, Iraq, Morocco, and Tunisia. Most of them (six) were written in English and translated into Arabic. 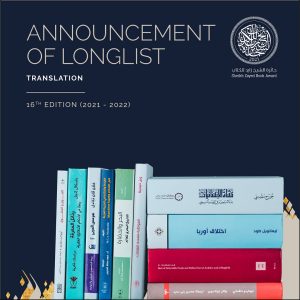 The longlist features three books translated from French into Arabic:

The Contribution to the Development of Nations category received 290 submissions this year, an increase of 11 percent from the 262 applications last year. 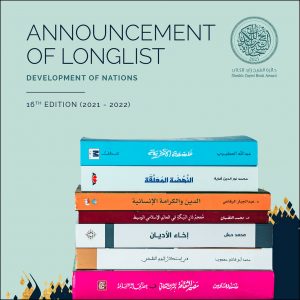 Seven titles made it onto the longlist for the “Contribution to the Development of Nations” category, submitted from six Arab countries: Tunisia, Egypt, Syria, Iraq, Morocco, and Saudi Arabia. 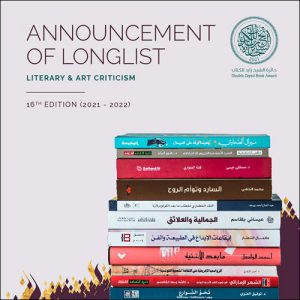