‘Perhaps we should consider courtesy in our industry,’ writes Richard Charkin. And even Boris Johnson doesn’t escape this one. 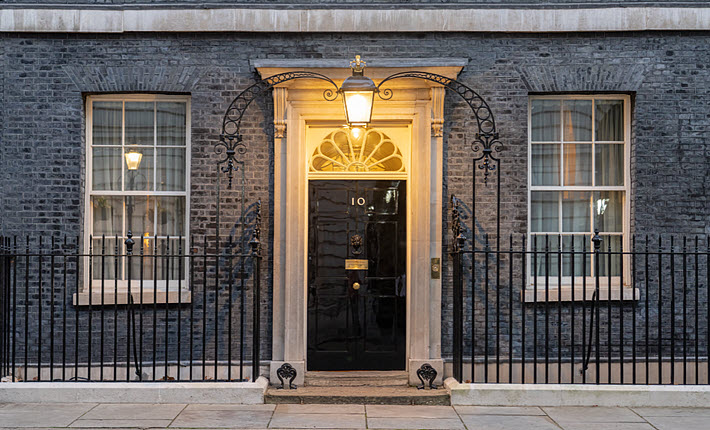 ‘Return of Email, Even If the Answer Is “I Don’t Know”‘

Last month, I wrote about things publishers might try measuring in order to improve their performance. The list of 15 metrics included a number relating to the time taken to respond to authors and others. It’s possible and, in my view, essential to measure what can be measured. It is a lot harder to measure what cannot be measured but might be equally essential.

My first letter from Dan Davin, who had hired me as medical editor at Oxford University Press opened with the hand-written words Dear Charkin (if I may), the “Charkin” being an informality compared with “Mr. Charkin.” It was an example of courtesy.

Of course things have changed and what counts as courteous then would seem extraordinarily mannered today. But perhaps we should consider courtesy in our industry.

We’re in the business of words and their meaning. Even the definition of a simple word such as party is causing consternation in the British Government as the UK prime minister has decided that joining a bunch of people getting drunk in the garden of NO. 10 Downing Street did not constitute a breach of his own coronavirus COVID-19 pandemic regulations.

“I believed implicitly that this was a work event,” Boris Johnson claimed. Not even the courtesy of telling the truth.

So, if party is difficult to define, how much harder is courtesy? When in doubt, I always consult the greatest book in the English language, my trusty 20-volume second edition of the Oxford English Dictionary. 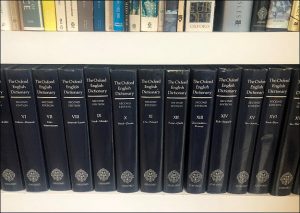 English being English, there are multiple similar but slightly different words for a single concept. In alphabetical order and selecting the closest definition to what I think we understand in business:

So how do any of these concepts apply to book publishing today?

There is everyday civility—thank you, please, regret, respect for an email recipient’s elected gender, term of address, and so on. This is obvious but is it universally adopted?

So often a good deed goes un-thanked: the post room that ensures a parcel goes out before the post office closes; the proofreader who sacrifices a weekend to make up lost time on a schedule; the travel agent who scores a budget price on a flight or hotel; being sure that a freelance editor is paid on time; an author who delivers on schedule. I could go on. It costs so little and means so much.

And then to courtesy. Every member of staff is equal and should be treated equally. Discrimination by class, gender, race, and/or sexual preference is not only immoral, possibly illegal, and commercially stupid, but it’s also discourteous.

Courtesy is not about doing things because they’re de rigueur, it’s going beyond civility, treating others as well or better than you’d hope to be treated yourself.

In publishing, that means staying in touch with authors and illustrators way beyond their books’ initial publication; ensuring they’re mentally and physically well; going beyond the terms agreed in contracts when it comes to cover, type, pricing, formatting approval; telling the truth about sales (good or bad); answering any queries by return of email even if the answer is “Don’t know, will find out.” Apart from anything else it’s courtesy.

I end with an anecdote which illustrates civility and courtesy, and, as it happens, good publishing management.

As a medical editor, I had approached the then-professor of surgery at Oxford to write a book and he had agreed. I then received a letter from Per Saugman, the then-head of Blackwell Scientific Publishing, castigating me for a breach of publishing etiquette. The professor was his author and poaching authors was a terrible sin.

As with all incoming mail, the letter was opened by the aforementioned Dan Davin. He read it aloud to the assembled group of editors. I was hugely embarrassed at my apparent breach of professional behavior. He told me to write back immediately, thanking Mr Saugman for the letter (civility). And then he tore up the letter and told me I’d done nothing wrong and not to worry a jot.

Courtesy is pretty low-cost, the benefits can be enormous. Someone quite rightly has just pointed out that courtesy isn’t my strong suit. Well, at least I can try harder and so can the book trade.