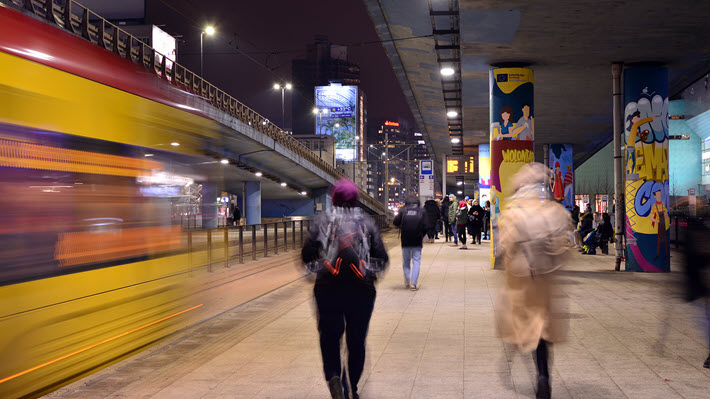 A newly drafted bill, expected to be approved by the Polish Parliament, creates a new Chamber of Artists to administer a benefits plan for creative workers.

The Bill Creates a ‘Chamber of Artists’

The Polish ministry of culture and national heritage has drafted a bill to enable the country’s artists—including writers—to register as professionals, gaining access to pensions, health insurance, social security, and other benefits they currently don’t have.

Senior government officials say the bill is expected to be passed by the parliament this year, paving the way for its implementation.

Robert Pietrzak, writing for the Polish news agency Polska Agencja Prasowa, quotes Jaroslaw Sellin, deputy culture minister, saying that the bill has been developed “in strong cooperation with artists’ organizations. The consultations [on its provisions] have already been completed. We have a draft of this bill and … I think we’ll complete our work this year.

“This bill on professional artists,” Sellin is quoted from an appearance on Radio Gdańsk, “is intended to provide artists with stability in regard to social and retirement security.”

Among its other provisions, Article 39.2 of the draft bill states that artists who register as professionals and pay the required social and health insurance contributions—but whose average monthly earnings are lower than 80 percent of Poland’s average salary—can apply to have between 20 and 80 percent of those contributions covered by the state on their behalf.

Under the plan, local artists will register with the Polish Chamber of Artists—an entity that will be created by the bill. The chamber’s council will comprise 21 members, of which 14 will be appointed by Polish artists’ associations, and seven by various state institutions. The council and the culture minister will together appoint the chamber’s director.

Nasiłowska: Making a Living ‘From Other Sources’ 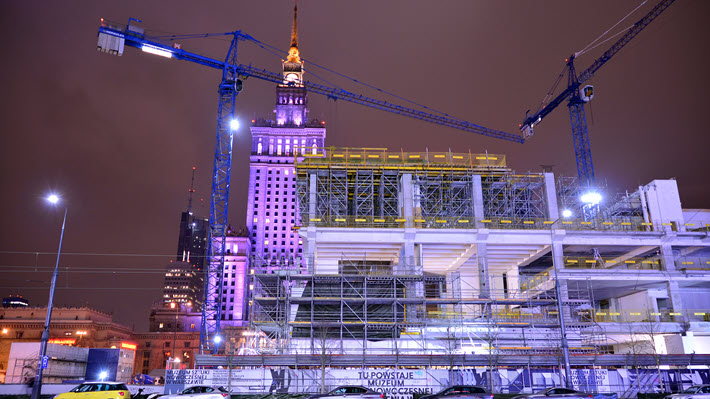 A new symbol of Warsaw’s cultural life, the city’s Museum of Modern Art is under construction on the west side of Marszałkowska Street. With building having started in April 2019, the facility is to open in 2023. Here it’s seen in proximity to the 1955 Palace of Culture and Science. Image, January 11 – Getty iStockphoto: Grand Warszawski

Anna Nasiłowska is a writer and professor at the Institute of Literary Research of the Polish Academy of Sciences. She serves as the current president of Stowarzyszenia Pisarzy Polskich (SPP), the Polish Writers’ Association. 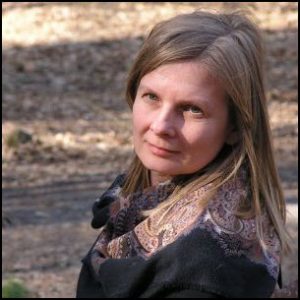 Talking with Publishing Perspectives, Nasiłowska  says that the bill represents a step in the right direction, but that despite its promise, many of the association’s members will not directly benefit from its provisions. This is because writers’ work frequently isn’t structured in a way recognized by the new program.

“The majority of writers in Poland,” she says, “make their living from other sources. Some are employed by universities, others work as journalists.

“There are also those who work at cultural institutions, theater, and some who are retired. Writers work in various institutions. They work as doctors, public servants, or teachers. But there’s also a large group of writers who don’t have employment contracts. For instance, they may work for the film industry or for theaters.”

Most Polish writers’ earnings, Nasiłowska says, “are very irregular. Sometimes they’re high, but those are one-off payments that occur only once in several years.

“It also happens that writers must temporarily quit their jobs because they’re finishing a book, and creative writing requires them to take a trip, or simply focus on a single task.”

The new initiative, however,  comes in response to demands formulated by the wider community of Polish artists, themselves, as indicated by recently collected data.

A 2020 report published by a group of researchers from the Warsaw-based University of Social Sciences and Humanities polled almost 60,000 people working in the arts in Poland, including 2,830 persons who identified themselves as working in the field of literature.

Among respondents, 88 percent backed the idea of introducing regulations that would separate artists from other professional groups. Additionally, 87 percent surveyed said they support the idea of allowing artists to pay a reduced social insurance contribution that would provide them with a minimal social security package.

Legislative work on the draft bill hasn’t yet been finalized.

Nasiłowska says that further measures could be introduced by the state to safeguard writers’ social security.

“During the legislative work at the parliament’s commission,” she says, “I also proposed they create a fund for temporary financial assistance. At the Polish Writers’ Association, we often encounter real life drama: writers, for example, who are suddenly unable to work because of aging and/or sudden deteriorations in health or lack of money for medication.

“There are also many writers,” she says, “who receive pensions lower than the standard minimum because various career paths may have been at odds with their primary professional goals, which were in writing.

A copy of the text of the draft legislation can be found in Polish here (PDF). 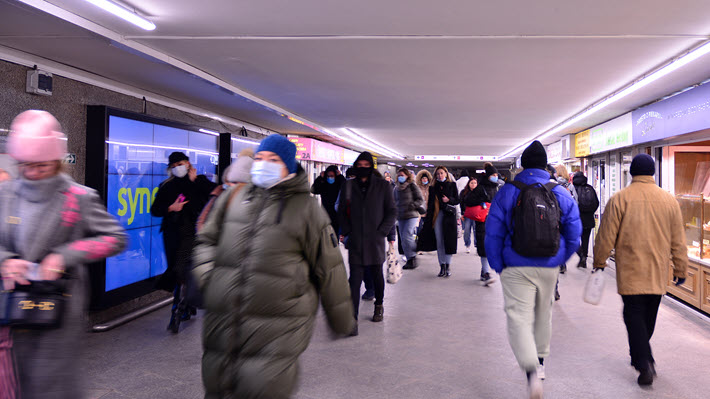 As the Associated Press in Warsaw reported on January Friday (January 21), one of Poland’s most famous citizens, the former Solidarity pro-democracy leader Lech Walesa has announced that he has contracted COVID-19. The Nobel Peace Prize laureate, 78, announced that although he is fully vaccinated, he has suffered a breakthrough case as the B.1.1.529 “omicron” variant moves through Poland. He said in social media commentary that he feels “like my flesh is tearing away from the bones.”

He added, “After this painful lesson, I will never separate from my mask.”

On Saturday (January 22), Poland reported a daily record in new cases, logging 40,876 infections, according to Reuters Warsaw, and local health authorities indicate that the worst is yet to come.

“Authorities have said the latest wave of the pandemic will drive case numbers to levels not yet seen in Poland,” Reuters’ Anna Koper and Alan Charlish write, “with estimates of the peak ranging from 60,000 to as many as 140,000 daily infections.”

Reports indicate that Poland has one of the world’s highest per-capita death rates in the coronavirus COVID-19 pandemic.

More from Publishing Perspectives on the Polish publishing market is here, more on issues and trends in the work of authors is here, and more news of publishing in Europe is here.