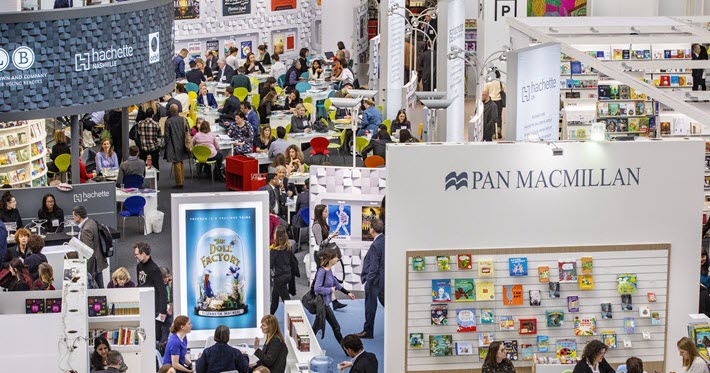 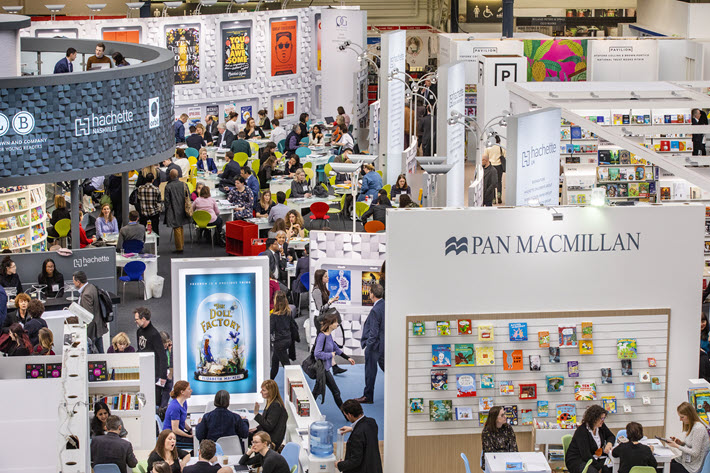 In the Grand Hall at Olympia London. Image: LBF

In the run-up to its April 5 to 7 iteration—being planned as its first in-person staging in three years—London Book Fair is nearing a sellout of its available exhibition-floor space, according to the trade show’s director, Andy Ventris.

With Olympia London undergoing a major £1.3 billion (US$1.8 billion) redevelopment by YOO Capital and Deutsche Finance International, the two key halls, Olympia National and Olympia Grand will be used this year for the book fair, but with some limitations. This will result in a loss of about 20 percent of the exhibition space used in the past for the show, Ventris says. The redevelopment has a target completion date in 2024.

When London Book Fair became the first major international publishing trade event casualty of the coronavirus COVID-19 pandemic on March 4, 2020, exhibitors’ paid fees were held by the show’s producer, Reed Exhibitions. Ventris says that it’s those fees exhibitors now are using to book their stands at this year’s fair, and at 2020 prices. The 50th-annversary 2021 evocation of London Book Fair was rendered digitally, as our readers will recall.

A redevelopment-driven change this year means that the International Rights Centre (IRC) will be set on the ground floor, he says, in the Grand Hall’s west section. For regular attendees, this puts it below the large area at gallery level above used for the show’s writers’ programming and vendors. “The IRC was 510 tables in 2019,” he says, “and this year at last count 435 tables.” The area has a dedicated entrance of its own, which will be handy, of course, with a café and lounge area. 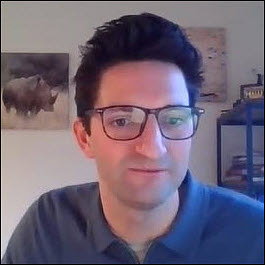 “It means that the IRC attendees don’t have to go up two flights of stairs to Central Hall where it used to be,” Ventris says. “It also brings them right next to a lot of the global publishers. The interaction between those two groups should work well. So from a logistical point of view, it’s actually given us a good opportunity.”

Not only is registration underway for attendees but on Friday (January 21), the submissions periods will close both for the seminar program and for nominations to the show’s International Excellence Awards. Ventris says that attendee interest is quite strong at this point, with the Asian markets being the most difficult in terms of pandemic considerations. Otherwise, he says, response from international markets as well as in-country looks good.

London Book Fair, internationally influential as an industry-facing trade show, is relatively intimate, normally drawing between 20,000 and 25,000 attendees. For comparison, the 2021 Frankfurter Buchmesse was permitted by Germany’s health authorities to admit a maximum of 25,000 per day to Messe Frankfurt in October. All told, Frankfurt in its pre-pandemic edition in 2019 drew 302,267 visitors.

“What we want to do is put the emphasis back on the people in the industry, back on those stories that they tell and those conversations they have with each other.”Andy Ventris, London Book Fair

And London’s green light for staging a 2022 fair is cheering to many in world publishing, both for the fact that the gregarious book business is accustomed to its face-to-face events of this kind and also because Reed’s American counterpart, BookExpo/BookCon in New York City, was retired on December 1, 2020—permanently closed. While BookExpo had been in decline for years, the loss of a major show runs counter to the collegial ethos of the book publishing business.

Nevertheless, there’s an irony here, in that many have yet to meet the affable Ventris on whose shoulders the book fair’s complex conceptualization and planning rest.

Jacks Thomas still was director as the 2020 London outbreak of coronavirus infections struck. By the middle of that March, she had made her previously planned departure from the show’s directorship, and since then has headed up Bologna Children’s Book Fair‘s (March 21 to 24) Bologna Book Plus programming and other projects.

Ventris had been in the luxury travel sector of marketing and events—and prior to that in sport and music events—and in spring 2020 was working on quickly canceling a show in Singapore as the initial assaults of the pathogen were landing hard in the Asian markets. 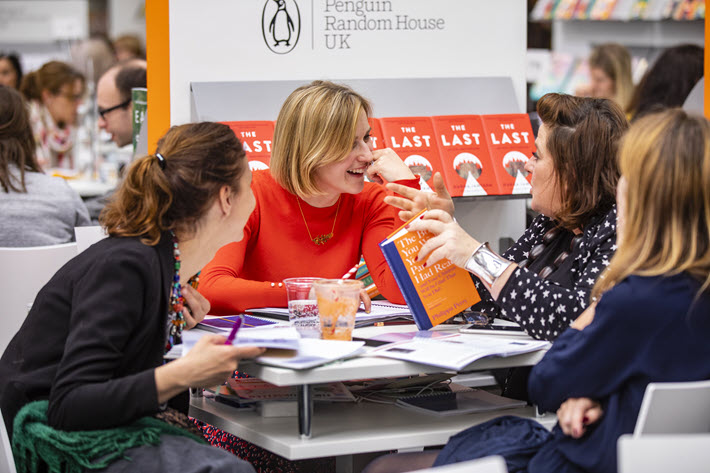 Andy Ventris talks now of how difficult a task was faced by the London team in spring 2020. With his show in Singapore, as he points out, there was little question. The first Singaporean case of COVID-19 had been confirmed on January 23. Local transmission was developing by late February. Singapore’s “circuit-breaker lockdowns” would follow.

In contrast, “By the letter of the UK law” in early March, Ventris says, “the show could still run.” The Reed Exhibitions show in London had become world publishing events’ canary in the mine. “Government restrictions weren’t in place,” Ventris says. “There was little government guidance. There was no insurance. We didn’t have any of the hindsight knowledge that we have now.”

“We organize and facilitate events so that people can really, really do business and the industry can flourish.”Andy Ventris, London Book Fair

In late February 2020, as London’s scheduled March 10 opening date approached, international public health experts still weren’t fully agreed that COVID-19 is spread by airborne transmission: hand sanitizer was going to save the world. The day Publishing Perspectives reported the 2020 cancellation of London Book Fair, March 4, the BBC reported that UK cases in the past 24 hours had jumped by 34, to a total 85.

A year and a half later, in October 2021, Ventris and five or six colleagues made a day trip to Germany to experience the intricacies of COVID-era travel and to see what Frankfurt was doing with its own in-person event.

Ventris says he took to heart the comments of so many professional attendees he met at Frankfurt, who said that the smaller crowds and scaled-down programming allowed for more in-depth meetings and discussions, more time to take in the trade show’s offerings—less about the logistics of dashing through the Agora and more about the actual interpersonal interactions of a business fair.

“What we want to do,” he says, “is put the emphasis back on the people in the industry, back on those stories that they tell and those conversations they have with each other. We want to try to encourage that.

“This is why we started off with [publisher] Margaret Busby and the Lifetime Achievement Award last summer when we hosted an event, and she was a great person to work with. This wonderful woman.”

Ventris: ‘So People Can Really, Really Do Business’ 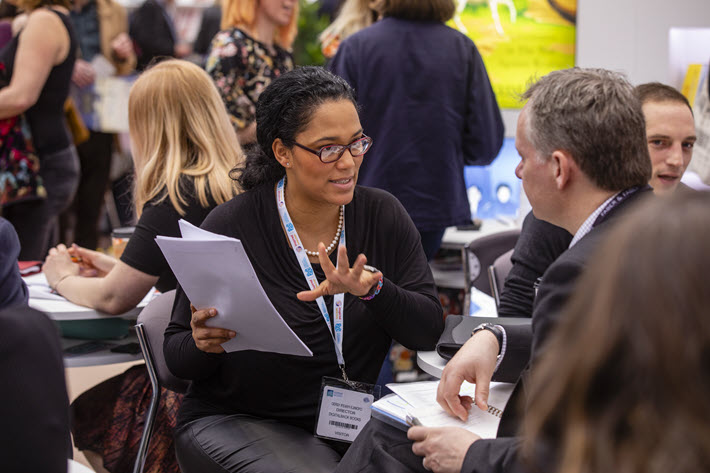 Ventris now describes several promising adjustments to London’s offerings in April. Some may be temporary, of course, prior to the return of full-size exhibition spaces. A few moves are simply experimental, efforts to see whether the value to the trade’s attendees can be increased–which events actually contribute best to the trade-show experience?

What Ventris says he’s looking for is chances to focus the context of the event so that it’s more about the business that industry people go to the fair to handle, and less about the architecture of the fair itself. Not for nothing, it turns out, is the marketing theme this time “You Are the Story.”

Some familiar features are still in place.

The Charity of the Year, for instance, has just been announced today (January 20) to be the Centre for Literacy in Primary Education, a program that operates under CEO Louise Johns-Shepherd’s direction.

Overall, however, Ventris says he’s being guided by what he’s learned about publishing people as an outsider.

Ventris says what strikes him most about the book business he’s learning to facilitate is “the passion and the sort of the commitment that that people in this industry have toward what they do. It’s quite impressive and it’s not something that I’ve seen in every industry I’ve worked across.”

In organizing the show, he says, that translates into questions. For example, “What about those small businesses that want to start making introductions in industry?” he asks. “What is a show like London Book Fair able to do for them?

“What about those people who want to try to reach new markets they’ve never seen? How do they do that? You know, those coming into the industry that don’t have those relationships?” already in place.

“As an industry” that produces events,  he says, “we need to make sure that we’re giving everyone the opportunity to have a go and to get involved. So for us it’s important that we look at that and say, ‘Right, let’s deliver an event that meets as many of those criteria as possible.'” 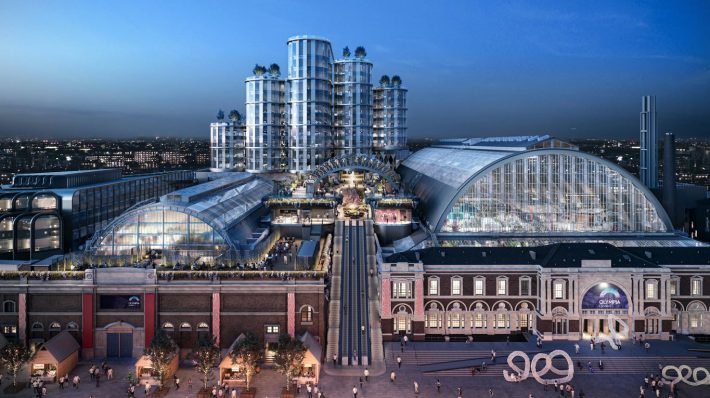