The book industry’s lead honor for freedom to publish, the Prix Voltaire will be presented this year in Jakarta at the IPA’s 33rd World Publishing Congress. 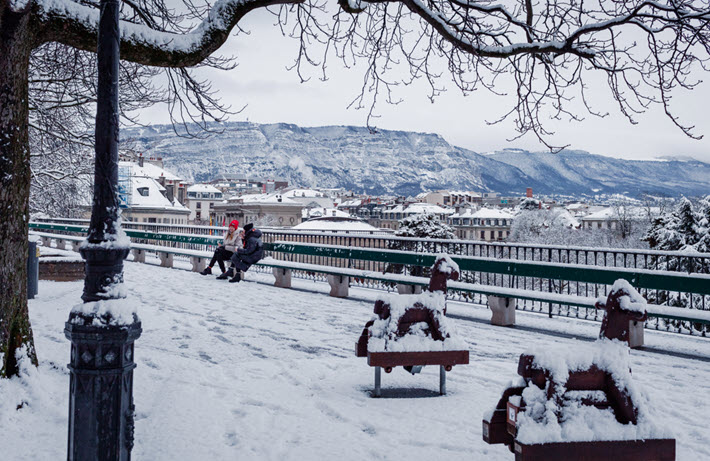 From its offices in Geneva, the International Publishers Association (IPA) today (January 11) has issued a call for nominations in the 2022 Prix Voltaire, world publishing’s increasingly important recognition for “exemplary courage in upholding the freedom to publish and enabling others to exercise their freedom of expression.”

Kristenn Einarsson, chair of the IPA’s Freedom to Publish committee, says, “The shortlist for 2021 Prix Voltaire was a testament to the many brave publishers out there, risking their freedom to bring books to readers.

“We are looking to celebrate more of our colleagues who demonstrate the commitment to freedom to publish.”

As Publishing Perspectives readers know, Lebanon’s Dar Al Jadeed was awarded the 2021 prize, following the murder of Lokman Slim. The prize was accepted by Slim’s sister, Rasha Al Ameer, who co-founded Dar Al Jadeed with him and is continuing the press’ work in Beirut.

There’s good news in today’s announcement from IPA, in that three Germany-based publishers have joined the program as sponsors of the 10,000-Swiss-franc award (US$10,787). Last year funded entirely by generous Nordic houses, the program has seen some attrition from the international range of its sponsors in recent years. The new participation of Bonnier Media Deutschland, Holtzbrinck, and Verlag Beck will be welcomed by those who understand the importance and urgency of this aspect of the IPA’s work.

This year’s group of sponsors, then, is:

The closing date for nominations is March 27, after which the nine members of the IPA Freedom to Publish committee will put together a longlist before agreeing on a shortlist and selecting the 2022 laureate.

Any individual, group, or organization can nominate a publisher—defined as an individual, collective, or organization—that provides others with the means to share their ideas in written form, including digital means. Nominees will have recently published controversial works amid pressure, threats, intimidation, or harassment. Alternatively, they may be publishers with a distinguished record over many years of upholding the freedom to publish and freedom of expression.

The Prix Voltaire award ceremony is scheduled this year to be held during the 33rd International Publishers Congress in Jakarta, November 10 to 12.

More support is needed. The Prix Voltaire program can be reached at prix-voltaire@internationalpublishers.org

Prior to the 2021 award to Darl Al Jadeed, the Prix Voltaire has been conferred on:

The International Publishers Association is the world’s largest federation of national, regional, and specialist publishers’ associations, comprising 86 member-organizations from 71 nations in Africa, Asia, Australasia, Europe, and the Americas.