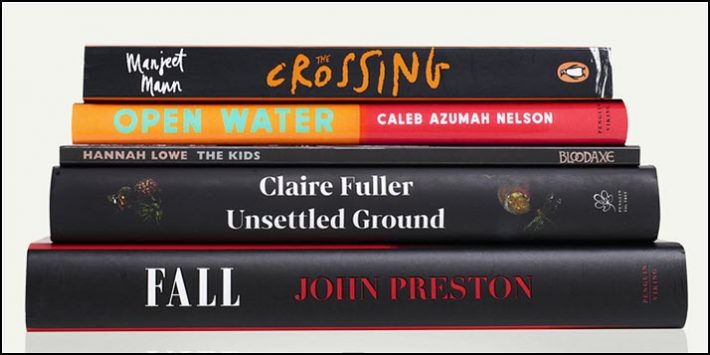 Top Winner To Be Named February 1

As Publishing Perspectives readers will remember, the Costa Book Awards produce five key “category” awards, followed by a “book of the year” award. On November 23, we carried the five shortlists for the category awards, the winners of which this evening (January 4) have been named in London.

The winner of the Costa Book of the Year will be selected by a panel of jurors chaired by Reeta Chakrabarti, a journalist and broadcaster with BBC News. Joining her are:

Four of the five category winners this time are published by Penguin Random House UK divisions and imprints.

To be eligible for the 2021 Costa Book Awards, titles must have been first published in the UK or Ireland between November 1 of last year and October 31.

Formed as the Whitbread Book Awards in 1972

The Costa Book Awards were established in 1971 as the Whitbread Book Awards. The selection of an overall book of the year was introduced in 1985. Prior to 1985, the Whitbread Literary Awards, as they were then known, recognized a number of books across a variety of categories.

The current cycle actually is the 2021 set of awards. A key benefit that the Costa program gets by wisely making its shortlists and winner announcements in the early part of the year is that the organizers aren’t head-to-head with rival awards programs’ events and announcements during the end-of-year pile-on.

In its press materials today, the Costa team rightly highlights the fact that the awards are turning 50 this year, adding that Costa Coffee has been “running the UK’s most prestigious book prize since 2006″—a handsome 15 years of a laudatory 50, to be sure.

But some might point out that the Costa’s status as “the UK’s most prestigious book prize” could quickly be questioned by many readers, colleagues, and award programs including that big, internationally followed London-based prize the name of which might begin with a B. And very few programs make themselves look better by issuing marketing superlatives. The Costa stands firmly on its own and surely requires no such puffery after half a century.

Perhaps a new year’s resolution for the world’s publishing and book awards in 2022 could be to cool the promotional rhetoric, try not to schedule events on top of sister and brother awards programs, and stop risking the self-inflicted wound of overstatement.

The United Kingdom reported 218,724 new coronavirus COVID-19 cases on Tuesday, “a new record for the number of cases reported on a single day, although a figure that also was skewed by reporting lags over the holidays,” write Guy Faulconbridge and Alistair Smout for Reuters London.

At The Guardian, Andrew Sparrow writes that Boris Johnson “has admitted at a No. 10 press conference that some hospitals already feel ‘at least temporally overwhelmed.’

And Megan Specia at The New York Times quotes Johnson, saying, “‘We have a chance to ride out this omicron wave without shutting down our country once again. We can keep our schools and businesses open, and we can find a way to live with this virus.”