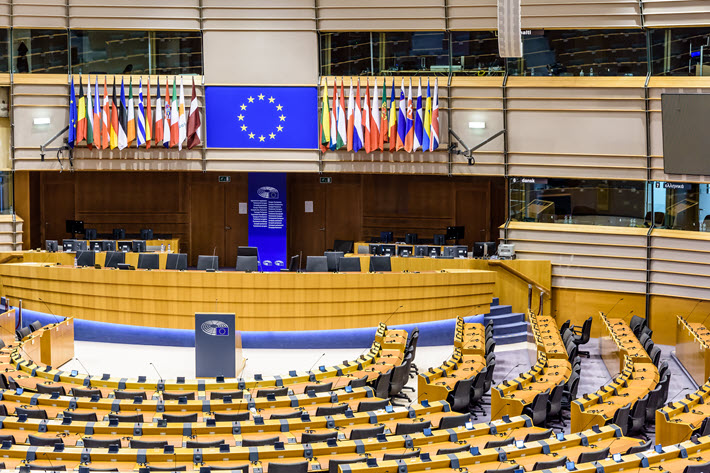 The Federation of European Publishers calls on MEPs to put ‘real teeth’ into its Digital Services Act legislation to help with book piracy.

Complex and nuanced in its implications, the legislation is essentially the next step in the bloc’s efforts to limit the scale and scope of the major tech companies, especially at a time when misinformation and disinformation have become essential elements of stress in both the political and public health settings.

(Disinformation, in case the distinction is less than clear, is weaponized misinformation. Misinformation can be as innocuous as a typo, an accident. Disinformation is wrongful information deliberately placed and amplified for a purpose. The current high-profile example of disinformation, of course, has to do with anti-vaccination efforts around the coronavirus COVID-19 pandemic.)

The Digital Services Act (DSA) and the Digital Markets Act are moving through Europe’s legislative development procedures, and the Services Act reached a key green light along the way, although the “trialogue” process is to follow. Basic tenets of the legislation—at bottom, an attempt to force the platforms to hold responsibility for their content—can be found in a quick read from Kelvin Chan at the Associated Press.

And the Federation of European Publishers has been especially quick to respond to the European Parliament’s adoption of its proposed regulation today and asserting that current drafting doesn’t go far enough to meet the needs of the union’s 27 markets’ book publishers, in terms of protection against the availability of illegal content. In book publishing, of course, the key manifestation of this is book piracy.

In a statement issued from its offices in Brussels, the federation writes that it “notes the adoption today by the European Parliament of its position on the proposed Digital Services Act regulation.”

The statement goes on:

“The act is a once-in-a-generation opportunity to update the rules applicable to online services and ensure a safe online environment for consumers. It was proposed under the motto ‘What is illegal offline is also illegal online,’ which we whole-heartedly support as victims of illegal activities online, ourselves.

“Publishers, being mostly SMEs [small- and mid-sized enterprises], need effective rules to ensure that their content can be protected,” the federation statement reads, “as well as clear and strong obligations on online services to ensure that they don’t let illegal content fester on their services.

“Europe had the opportunity to lead the world by example, as it has done in the past in other digital policies.

“Many MEPs [members of the European Parliament] across the political spectrum presented ambitious proposals to reinforce the text in plenary,” the federation writes, “which we salute,. But the Parliament decided ultimately to limit the potential of the DSA by not adopting amendments that would have given it real teeth against illegal content.”

There’s one point on which the federation is pleased: “A positive amendment introducing a wide ‘Know Your Business Customer’ obligation, an essential principle to fight malicious commercial actors online, was however adopted,” the organization writes, “which we salute.”

The federation’s president, Peter Kraus vom Cleff, is quoted in today’s statement, saying, “Illegal content online is unfortunately widespread, and publishers are heavily affected by it on an everyday basis.

“Putting online services in front of their responsibility and bringing the fight against illegal content into the 21st century was therefore essential.

“We regret that the Parliament did not seize this historic opportunity to allow the DSA to fulfil its ambitions.

“We now call [on] the co-legislators to rebalance the text in the coming trialogues to finally bring the Digital Single Market out of the Wild West.”

Some of the complexity of the months of negotiations that have preceded the vote today have to do, of course, with varying concepts of illegal content, its potential effects and impact.

At the Washington Post, Perry Stein, Quentin Ariès, and Cat Zakrzewski write, “The version approved Thursday would force companies to remove content that is considered illegal in the country where it is viewed, which could be Holocaust denials in Germany or racist postings in France.

“And it would significantly shape how companies interact with users, allowing Europeans to opt out of targeted advertising more easily and prohibiting companies from targeting advertisements at children.”

More from Publishing Perspectives on Europe and its publishing industries is here, more on the European Union is here, and more on digital publishing is here.