Avidly read history-and-humor book series continued their hold on the nonfiction bestseller list in China at the end of 2021. 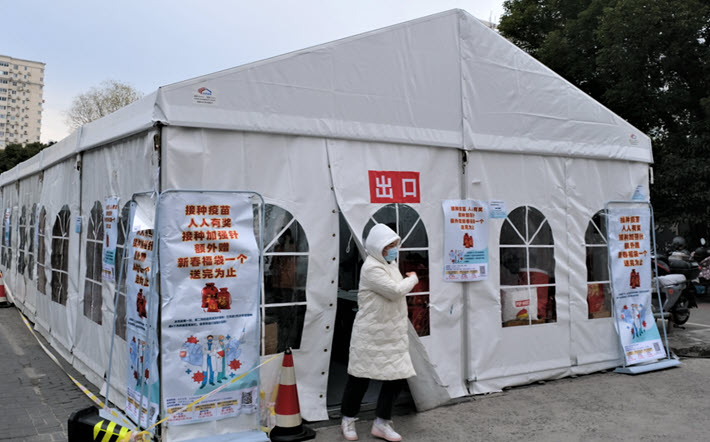 As accustomed as we are to the slow-moving nature of China’s bestseller lists, 2021 December’s charts performed a near double-down on the big market’s fondness for the tried, the true, and the historical. 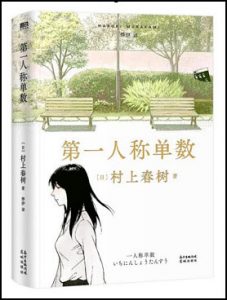 Only two books entered Beijing OpenBook’s Top 30 in fiction for the first time, and one of them, at No. 8, was a 2021 reprint of Yu Hua’s 1993 To Live from Beijing October Art & Literature Publishing House. The other newcomer is Haruki Murakami’s story collection from spring 2021, First Person Singular. Published by Flower City Press, it enters the list at No. 11.

In nonfiction, that interesting fondness for history in small, humorous formats now has reached the undeniable classification of a craze in China.

Publishing Perspectives readers are familiar with Hainan Publishing House’s “30 Minutes of Chinese History in Cartoon” series from Chen Lei. In December, eight spots on the nonfiction list were held by Lei.

The competitor is Guangdong Tourism Publishing House’s “If History Were a Group of Cats” series from Fei Zhi, having surpassed Chen’s “30 Minutes” popularity with nine titles on the list. In Fei’s series, our associates at OpenBook assure us, “Twelve cute cats are transformed into classic characters to let readers experience the charm of history again.” 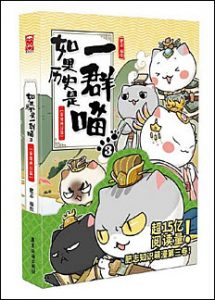 ‘If History Were a Group of Cats’

In Western markets, there of course is a great deal of historical writing in the nonfiction super-category. But “the charm of history” is not necessarily public relations and marketing people will think to present it to potential consumers. “Charm” in this context in China embraces humor and the abiding pleasure of domesticated animals, pets, cats in particular. Clearly, there may be a connection, too, between comfort and COVID-19, as China experiences new outbreaks with the omicron variant, imposing lockdowns at times.

The first round of “If History Were a Group of Cats” series books was released in 2017 and featured the Xia, Shang, and Western Zhou dynasties. Each year has seen another volume’s release, with an acceleration of titles to such a point that in bookstores now you can find seven volumes of those cats to choose from and eight volumes in online retail, our OpenBook associates report.

And series reign in children’s books, as well, the “Treasure Hunting” series by Jingding Comic from 21st Century Press Group hitting No. 1 in December.

Below, then, are OpenBook’s overall lists from December 2021 of bestsellers in fiction, nonfiction, and children’s books, followed by its lists of bestselling fiction and nonfiction in China by authors from outside the country.

More China bestseller reports from Publishing Perspectives are here. More from us on history writing and publishing is here.