The 2022 edition of the Madrid-based Desperate Literature Prize for Short Fiction offers a long-form manuscript consultation and more. 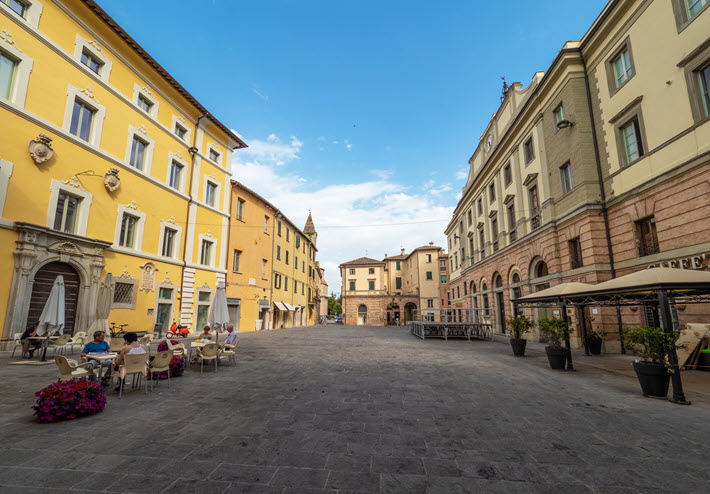 In Umbertide, near the Civitella Ranieri, site of the week’s residency offered to the winning writer in the Desperate Literature Prize for Short Fiction program. Image – Getty iStockphoto: Valerio Mei

In opening the 2022 Desperate Literature Prize for Short Fiction, the Madrid-based organizers of the program tell Publishing Perspectives that they have a newly arranged partnership with the United Kingdom’s Literary Consultancy. What’s interesting about that is that the consultancy link will offer the 2022 winner of the competition a long-form manuscript assessment—for a winner in short-form writings—and “editorial consultancy service” as part of the prize package.

The real draw here is the annual offer of a week’s residency at the Civitella Ranieri Foundation’s 15th-century castle in Umbria for the winner and the chance for a shortlisted writer to have a residency at Tbilisi’s Writers’ House of Georgia as well as access to the Tbilisi International Literature Festival, known well to our readers for its leadership from Gvantsa Jobava.

And the really interesting element of this program is who’s behind it. Desperate Literature is a joint project between Craig Walzer, Corey Eastwood, Charlotte Delattre, and Terry Craven. In addition to the Madrid store, between them they own Atlantis Books on Santorini and Brooklyn’s Book Thug Nation and Human Relations.

Desperate Literature’s comparatively small prize program—see our story today about the PROSE Awards if you’d like to see a comparatively big prize program—was created in 2017 in Madrid “to celebrate writers of innovative, experimental and boundary-pushing fiction in the English language, while providing these writers with a holistic set of resources and opportunities at a formative stage of their writing careers.”

This year’s package of benefits offered to shortlistees and a winner includes:

And the program is reporting success among its past honorees. “In 2019,” the award’s media messaging reads, “the prize was won by then-unpublished author Francesca Reece, who in 2021 published her debut novel Voyeur with Tinder Press.

“That year’s runner-up Shola Von Reinhold went on to win the Republic of Consciousness Prize and the James Tait Black Prize for the debut novel LOTE (Jacaranda, 2020).”

The jurors for the 2022 cycle of the Desperate Literature Short Fiction Prize—now in its fifth year—are:

The program makes at least 20 free entries available for “under-represented writers or writers suffering financial hardship.” Otherwise an initial entry is €20 and subsequent entries are €10 each.

Submissions, which must be of fewer than 2,000 words, are due by April 1. As with all competitions–especially those in which writers directly submit their work–we advise entrants to read all terms and conditions very carefully.