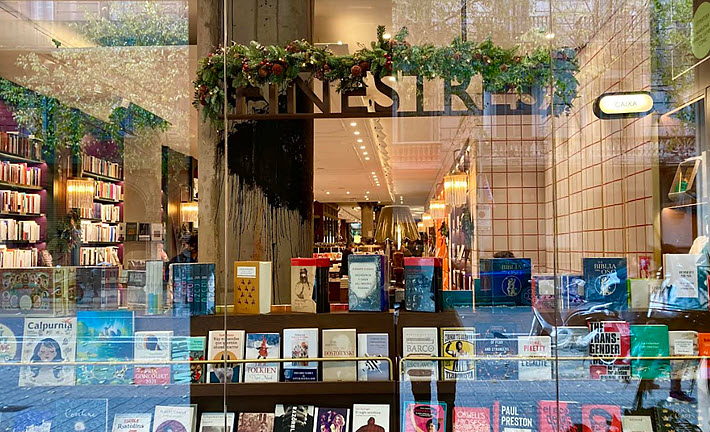 Opened in April, Barcelona’s new, upscale Llibreria Finestres is a bookstore, its staff says, ‘on a human level.’ 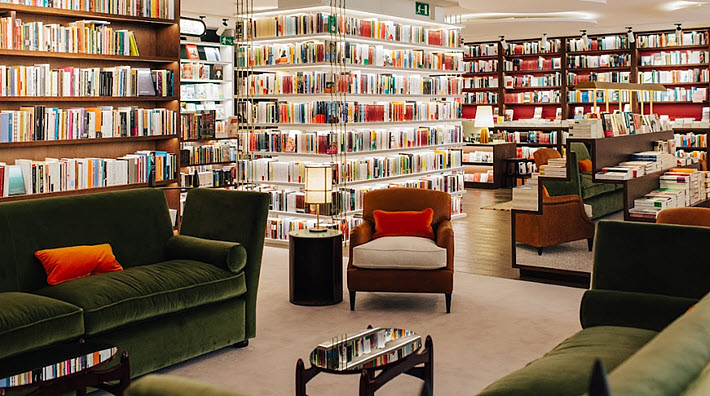 Set on an elegant street in the Eixample area, the store is plush, spacious, well-stocked with books in a number of languages. It has an elegant, semi-outdoor café and bar space. And its staff of no fewer than 16 people includes nine experienced booksellers.

It’s clear that this is not just a bookshop. It’s a well-oiled cultural enterprise with very deep pockets. 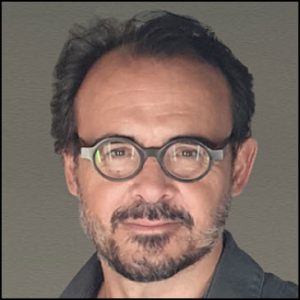 Ferrer-Salat is also a philanthropist, and he conceived of Finestres as a “three-prong project,” says Mireya Valencia, one of the store’s managing booksellers. Valencia worked for 11 years at one of Barcelona’s major bookstore chains, La Central, which includes Italy’s Gruppo Feltrinelli as a principal shareholder.

In addition to the bookstore, Finestres runs a program of daily literary events. It also awards three literary prizes—one for a book written in Catalan, one for a work in Spanish, and one for a comic book in Catalan. Moreover, Finestres provides two annual grants for writers of €25,000 each (US$28,247).

The third part of the project is the company’s latest enterprise, Editorial Finestres, a publishing house dedicated to comic books in Catalan. 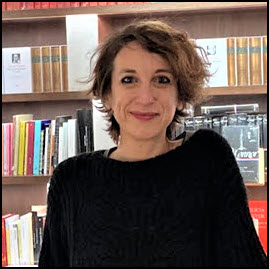 “There’s so much attention to detail, including on a human level,” says Valencia, who is Llibreria Finestres’ buyer. Currently the store has 40,000 titles, but this will increase, she says.

“Bibliodiversity is important, as are books from a variety of publishing houses,” she says, “whether nationally or internationally. The fact that we booksellers can order books that we find interesting is significant.

“The bookshop is pretty and welcoming but the recommendations and the books are what’s most important. I can order a small poetry book from the United States and sell it at an affordable price.

“Our budget goes toward being able to sell books at a reasonable price and working calmly—without the pressure of having to meet a particular sales target. This is the value of Finestres.”

‘It’s Not About Being Snobby’ 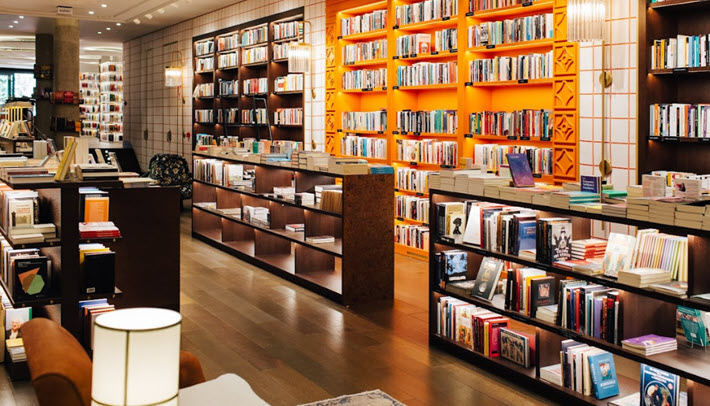 An interesting feature of the store is that books in languages other than Spanish and Catalan are mixed into the sections, both in nonfiction and fiction. This makes sense in a cosmopolitan city like Barcelona. Finestres also has specific fiction sections in English, French, Italian, German, Portuguese, Basque, and Galician. 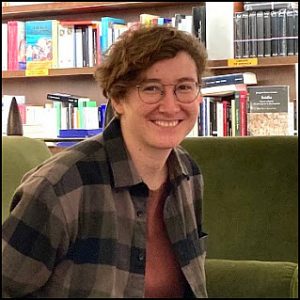 Bookseller Ada Bruguera, who also came from La Central, takes care of the fiction section at Finestres and works in the poetry and children’s sections, as well. She says English and American literature sell the most—either in translation or in the original English—and French literature does well, too.

“We want anyone who likes to read to come,” she says. “Our literature is not very commercial, it’s not about being snobby. There’s so much production out there that only lasts a month. We want customers who are curious and who want to sit down with 10 books and check them out, including backlist titles.”

International writers are hosted in Finestres events and often appear in short videos in which they talk about three of their favorite books. Authors making recent, recorded appearances at the store include Colum McCann, Fernanda Melchor, and Antonio Scurati.

‘A Space That Wants To Be as Inclusive as Possible’ 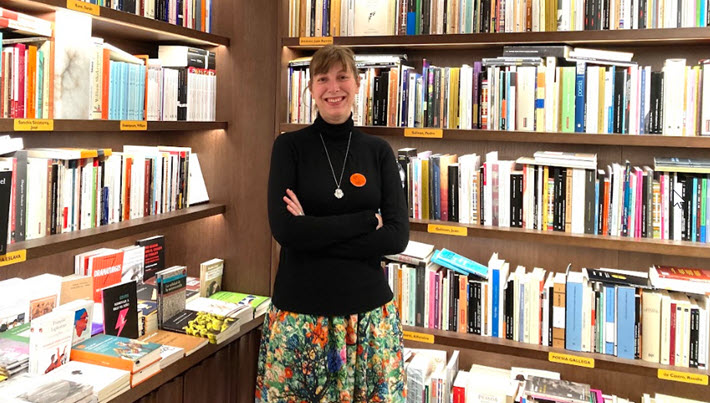 Àurea Juan Perelló is the director of Finestres, running it along with Valencia, literary scout Camila Enrich, and writers Marina Espasa and Kiko Amat.

Besides working as a bookseller, Perelló worked for publishing companies before joining Ferrer-Salat’s team in 2019 to work on Finestres’ concept.

When the store opened in April 2021—a week before Catalunya’s famed Dia de Sant Jordi festival dedicated to books—“It was a beautiful moment, Perelló  says. “We had come out of such a difficult time. Everyone was a bit sad. The fact of opening such a beautiful space generated lots of positive energy.”

But it’s an ambitious project, she says, and the greatest challenge has been getting people to understand what they want to achieve with Finestres.

“When people come through the door, we want to explain and transmit many things,” she says. “We’re attentive to our clients, and we also want them to feel relaxed. They can sit on the sofas and just look at books.”

The luxurious feel of the bookshop might give the impression that “it’s far from the public,” Perelló. says. “But it’s a space that wants to be as inclusive as possible.”

Asked if Finestres isn’t playing a role that in some European countries might be relegated to a public cultural center, Perelló concedes that it is. But this shows, she says, “how private enterprises can help civil society.”

For now, the staff is readying itself for the opening of Finestres 2, which will be their arts bookshop just across the street, with works on art history, music, architecture, dance, design, and of course comics. The opening is scheduled for March.

More from Publishing Perspectives on international bookstores is here, more on bookselling is here, and more on the Spanish market is here.