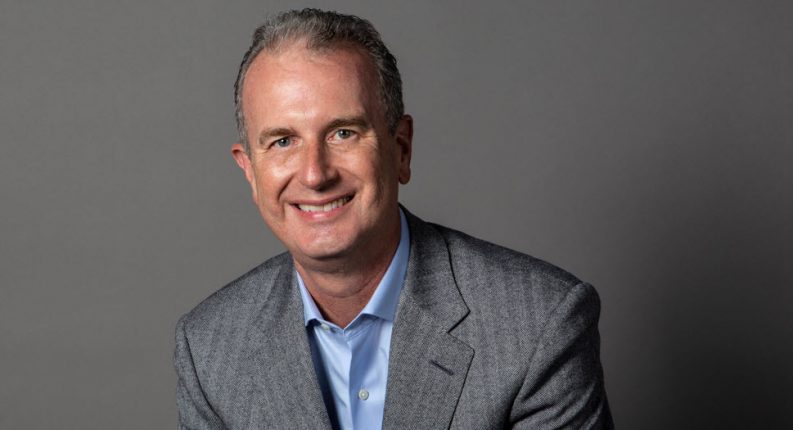 As the pandemic raises ‘science literacy,’ Jay Flynn says Wiley is rushing to enable research stakeholders in a changing business. 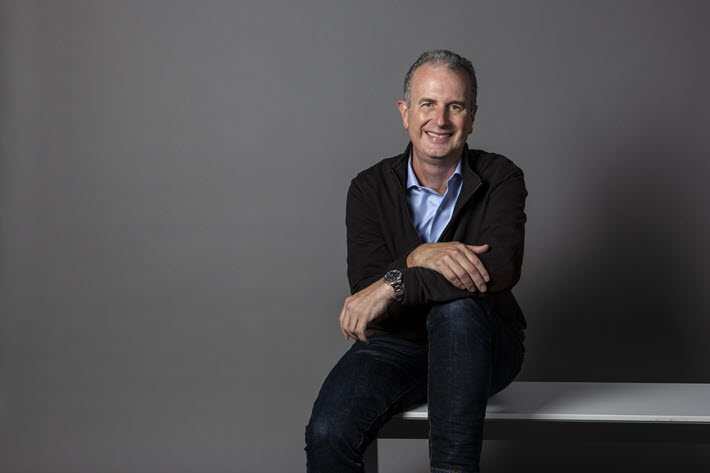 If during the course of the still-ongoing coronavirus COVID-19 pandemic, you may have discussed an mRNA vaccine with a friend and realized that you’ve become a bit more “science literate” than you’d been.

As Jay Flynn, the executive vice-president and general manager of Wiley Research, looks into the new year, he’s thinking a lot about science literacy and about Wiley‘s role in where things go next.

“We’re uniquely positioned to address it,” Flynn says, “because at the heart of this, it’s a question of the understanding of the scientific method, science literacy, and information literacy. We’ve certainly seen—and it’s a great thing—an overall increase in science literacy and an understanding of statistics, the drug-development process, the vaccine-development process. But we’ve also seen, of course, that a lot of people are vulnerable to misinformation.” 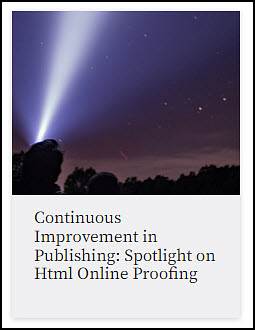 At Wiley, an article in the research resources part of Wiley Network: ‘Continuous Improvement in Publishing: Spotlight on HMTL Online Proofing‘

“We’re in the classroom,” he says. “We’re in the public policy arena. And we’re working with institutions of higher learning and with policymakers globally to bring to bear some of our resources to help with this question of science literacy.”

We shouldn’t overlook the fact, he’s saying, that a world-stunning pathogen—for all its crushing loss of life, damaging long-haul effects, economic upheaval, and wrenching demands of health-care workers—has also helped laypeople understand that, “Science is an iterative endeavor,” as he puts it. “And we can see in the papers being submitted to us the sort of impact that research has had on public health and for the public good.”

“We take that really seriously,” Flynn says, “and it’s something we’re all coming to work every day and trying to do.”

With a background that includes years of work at Elsevier, Wolters Kluwer, Cengage Learning, and, since 2010, Wiley, Flynn says he’s come to understand the place and purpose of a major publishing player in scientific research to be that of an enabling force.

“The movement from print to digital 22 years ago was what I thought was going to be the biggest movement in my career. But open access is twice as big, three times as big as that.”Jay Flynn, Wiley

“It’s really interesting,” he says, “for me to sit down with the head of the American Geophysical Union and talk about ways that we can amplify the work they’re doing on climate change and the way that we can work on going from a lab to application, things like smart materials or organic photovoltaics, things we can do in climate—carbon sequestration or battery technology.

“We talk a lot about impact at Wiley. We want to be an impact company. We’re signed up to the UN Sustainable Development Goals.”

And in gaining the sheer reach needed to have the kind of impact Flynn envisions, “We turn to the business discussion,” he says, and in 2022 more than ever, he says, that means open access.

“We have lots of data,” Flynn says, “to suggest that open access articles are read more, cited more, used more to help bring this knowledge to the consumer, whoever that consumer may be. Open access is the major animating force in the marketplace, and that’s why we’re committed to being a leader. 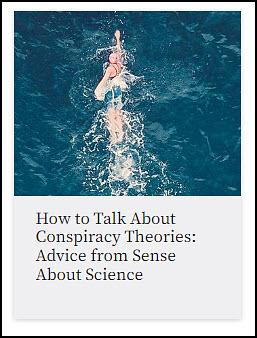 At Wiley, an article in the research resources part of Wiley Network: ‘How To Talk About Conspiracy Theories’

“For Wiley, it’s already been 10 years. We published the first open-access articles a decade ago. We have something like 230 fully open-access journals today. And literally every other journal that we have, has an open-access publishing option. A nuance often lost in the conversation about open access,” he says, “is that the market is really, really going through a fragmented and fragmenting stage right now.

“I’ve been in this for a long time,” Flynn says. “I remember print-to-digital. The movement from print to digital 22 years ago was what I thought was going to be the biggest movement in my career. But open access is twice as big, three times as big as that—from the viewpoint of an impact on the whole ecosystem, yeah, but also a step-change in technology.”

When asked how far he may see international academic and scholarly publishing into the development of open access, Flynn says, “I think we’re probably about halfway through. But that’s just a guess. We’re going to go as fast as the market can and wants to go.

“So part Wiley’s mission,” he says, “is not only to get as much of our content to open access as fast as we can, but also to help the other publishers who are struggling with that same transformation, and that includes our [scientific and scholarly] society customers, but also all of our customers at businesses that we’ve acquired.” 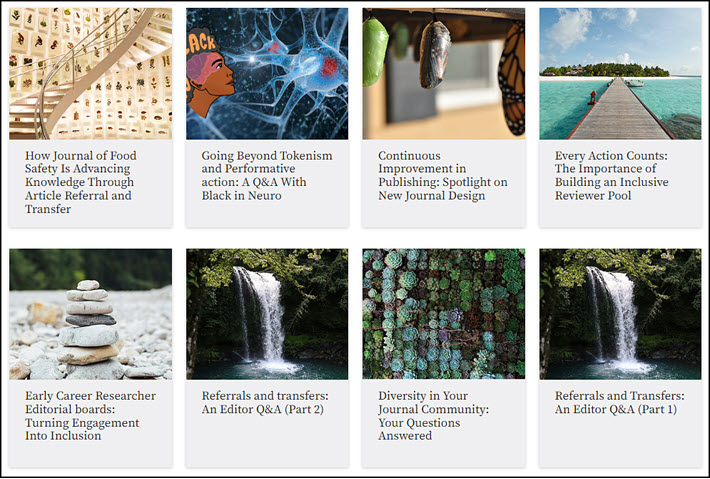 Publishing Perspectives readers in 2021 were aware of multiple acquisition stories being announced by Wiley’s offices, including Hindawi, Knowledge Unlatched, and J&J Editorial, plus a partnership with the Berlin-based ResearchGate. And some of what Flynn will be talking about in 2022 is likely to include transitional open-access agreements. Wiley has more than 20 of them and they impact as many as 1,300 institutions internationally.

“The right impact. The integrity of information. The fidelity of that information, amid disinformation and combating it. The role of the journal and the publisher can expand to play an even greater role in that in the future.”Jay Flynn, Wiley

In fact, in the ResearchGate partnership, 100 percent of authors surveyed have said they’re happy with having their articles added in the pilot. Some 71 percent of them say they’re more likely to submit to a journal if they that article will be shared on their behalf. On the readership side, 85 percent of respondents say the pilot has improved their research-reading experience.

All of which adds up—simplistically described—as a gathering of tools, components, elements that Wiley can use to create what Flynn talks about as “a coherent technology platform” to support the transitional phase (all that “fragmenting” he mentioned) the industry is undergoing.

“When we talk about the transformation,” Flynn says, “it’s not just our list order. It’s not just our journals. Because having 2,000 journals is one thing but you know the change in the ecosystem requires investment on a scale that the rest of the industry we believe needs help to capitalize on.”

The acquisition strategy, Flynn says, is “a way to bring in a lot of know-how and expertise, and to assemble a group of partners who can help you get to your vision for that ecosystem. What we like about each of the companies we’ve acquired over the last 13 months is that in their own right, they’re good businesses.” 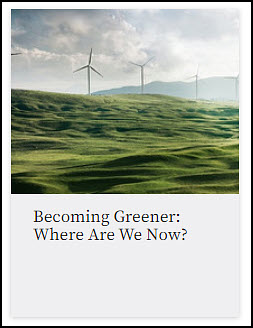 At Wiley, an article in the research resources part of Wiley Network: ‘How To Talk About Conspiracy Theories’

Even those businesses’ geographical basis can offer important elements of what’s needed. “There’s this global collaboration” in the world research industries, he says. Like many things, that collaboration can be complicated by geopolitical effects, as when the United Kingdom’s Brexit means some disentangling of formerly shared European Union projects.

Such factors, however, are bumps in the road, Flynn says, but there are deep complexities facing stakeholders, and those are among the things Wiley wants to help them address. Libraries are a good example.

“You have multiple stakeholders, multiple regimes,” he says. “To comply with those open-access requirements, to figure out ‘What’s my embargo period?’ or ‘What license do I need to figure out the pricing needs to be given a transformational agreement that five authors might be subject to but the sixth one isn’t?’—all of that stuff is eye-wateringly complex. Our library customers are being put into this enforcement role, when they want to be in the role of collection, development, preservation, curriculum support. All of a sudden, they’re the compliance arm of open-access policy at their institutions, and they have to go figure out what the funders want.

“We can make that easier at Wiley,” Flynn says. “That’s why you buy a Knowledge Unlatched. That’s why you go out and put together the multimillion dollar investment we’ve put together in our open-access payments system. Because it’s not just for us. It’s for the whole industry.

“It’s kind of an enormous arms race right now,” Jay Flynn says. “And that’s right where we started. The right impact. The integrity of information. The fidelity of that information, amid disinformation and combating it. The role of the journal and the publisher can expand to play an even greater role in that in the future. And I’m pretty excited about that.”

More from Publishing Perspectives on academic and scholarly publishing is here, more on open access is here, and more on Wiley is here.