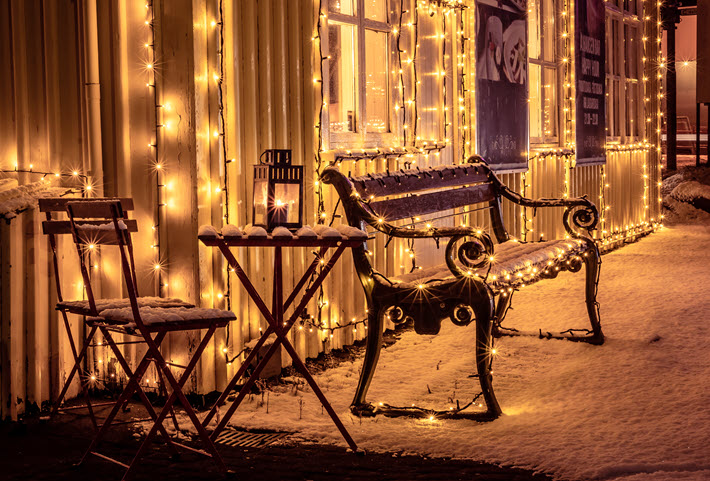 A second round of the European Writers’ Council’s study of the COVID crisis’ impact on authors confirms sobering estimates in an uncertain holiday season. 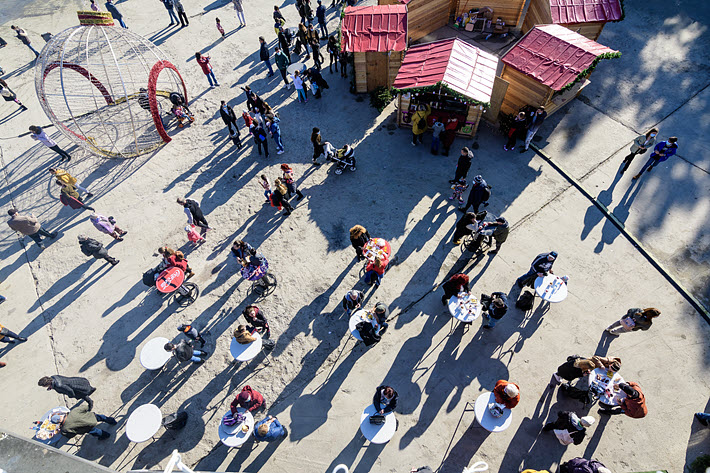 ‘Books Are the Lifeblood of Pluralistic Societies’

As Publishing Perspectives readers will recall, the European Writers’ Council based in Brussels produced a report, in 2020, surveying effects of the coronavirus COVID-19 pandemic. For that report, 33 professional organizations in 24 countries provided input for the council’s analysis. 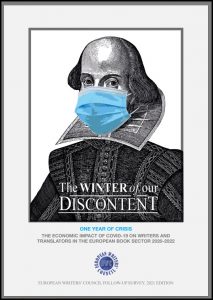 The council is an umbrella advocacy organization that gathers many nationally-based writers’ associations, much as does the Federation of European Publishers for associations of presses and the European and International Booksellers Federation for retailers. The council represents, all told, as many as 158,000 professional writers and translators from 46 organizations and 31 countries.

And as we near this year’s end, the council has produced a follow-up survey to create The Winter of Our Discontent: The Economic Impact of the COVID-19 Pandemic on Writers and Translators in the European Book Sector, 2020 to 2022 (PDF). If anything, its evaluation of the situation for writers at the end of 2021 is made all the more poignant because reports of the coronavirus’ new variant have

Some of the top-line conclusions of the study:

A Lack of ‘Coherent’ Aid

Among the starkest findings of the council’s survey work has been the revelation that few authors and translators have been able to avail themselves of meaningful aid provisions from the state.

The map graphic below indicates that “solo cultural actors,” a population that includes authors and translators, of course, found meaningful economic assistance in only half the member-states surveyed: 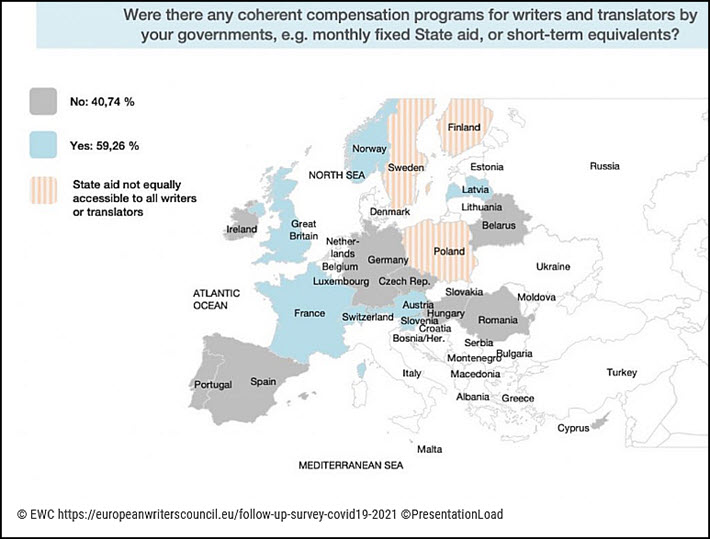 The Collapse of Paid Appearances

Respondents told the council that paid live events in such venues as festivals, readings, and lectures was the top casualty of pandemic conditions.

In close alignment with many publishers who depend on regional and international book fairs to sell their inventory, authors flagged the cancellation of book fairs as a key loss, along with the “invisibility” of new releases, as marketing means were disrupted. 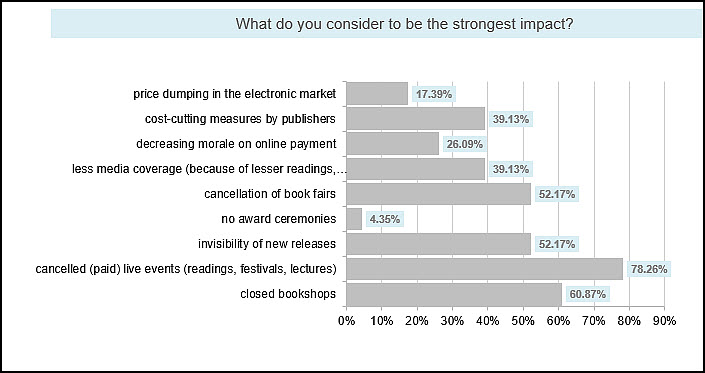 In the aggregate, some 52 percent of respondents to the council’s research estimate that the impact on writers and translators is “severe to very severe,” while 48 percent say they see that impact as being “somewhat severe.”

From its assessment of its member-organizations’ input, the council has put together a series of recommendations: 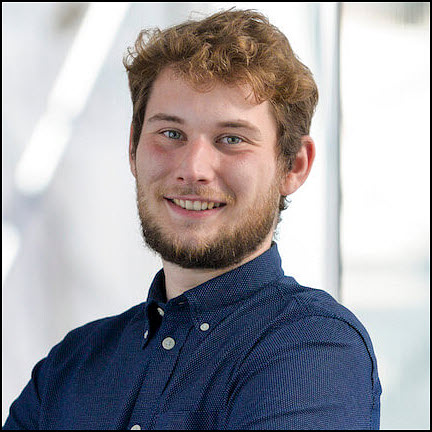 In an introduction to the survey report, Niklas Nienaß—a German politician with the Alliance 90/The Greens and a member of the European Parliament—writes, “The ongoing COVID-19 crisis, as this study by the European Writers’ Council confirms, has revealed structural gaps.

“These include a lack of social security for self-employed authors, artists, and freelance cultural workers–and the obvious lack of understanding in many countries for the contract situations and working conditions of individual professionals in the field of culture.

“Writers and translators everywhere [have] faced similar structural obstacles, starting with a lack of opportunities to build secure reserves—which are necessary to mitigate the months of event cancellations, royalties falloff, and, in some cases, delays of more than a year or more in follow-up contracts—because of declining revenues from their works. This revenue gap is not a new insight, but with the COVID-19 crisis, it has been made widely evident.” 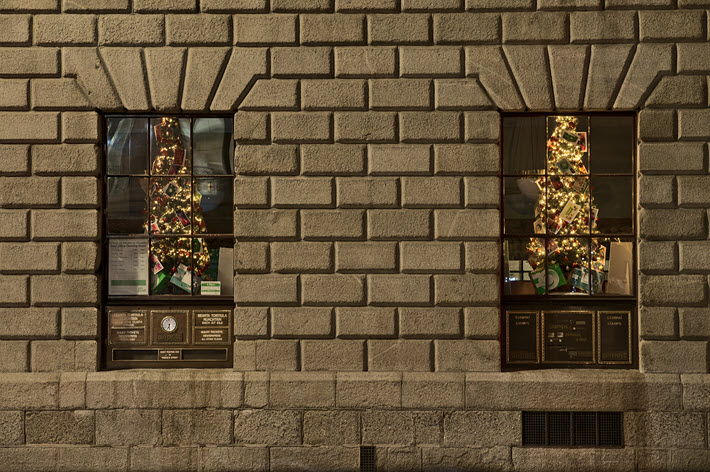 The 2021 report is part of what the council expects to be a four-year program of monitoring and assessment. Its background material refers to the Ernst & Young study, “Rebuilding Europe,” which estimated that on the European cultural landscape, the performing arts experienced losses of some 90 percent by comparison to previous years; music lost 76 percent; the visual arts took a hit of 56 percent; and the book sector saw 30 percent losses overall, all in terms of pandemic-era effects.

And in her opening comments for the council’s study, the organization’s president, Nina George, writes, “How do we want to live together? This question is all the more compelling because we are still living in the in-between world of before and after. Shaping this after, in the face of the events of the past 18 months, involves political, socio-cultural, civil, ecological, economical, and geopolitical concerns. What connects all these issues and makes them a common matter is the universe of art and culture—as a unifying element that creates community experiences and common spaces of identification even where people or nations are distant from each other.

“Yet the book, for all its effects in the dialogue between author and reader, it is also a medium of contact: This is shown by the serious losses of income that writers and translators in the European book sector have suffered during the coronavirus crisis, especially because of cancelled live events–readings, lectures, workshops, or festivals.

“This proved that the book is a popular medium that connects people and brings them together even where there are otherwise few points of common ground. Accordingly, books are the lifeblood of pluralistic societies, of mental and emotional spaces of encounter, identification, and empathy for us—and for others.”

And in survey results from the plenary respondent pool to anecdotes from various countries, it becomes evident that the arrival of the B.1.1.529 “omicron” variant of the coronavirus and uncertainty around it weighs heavily on the writers’ sector, not least because it extends the potential need for distancing. “After 18 months, ‘Zoom fatigue’ is setting in,” the survey’s authors write.

“The hunger for presence is growing—accordingly book fairs, poetry and literature festivals, and license and rights transactions are perceived as less attractive in the digital [arena] than in face-to-face events.”

How authors and writers handle ‘the winter of our discontent,” their line borrowed from Shakespeare, may well depend on how successful Europe and much of the rest of the world can become at managing and turning back the COVID-19 crisis.

More from Publishing Perspectives on authors is here, more on Europe is here.  More from us on industry statistics is here.