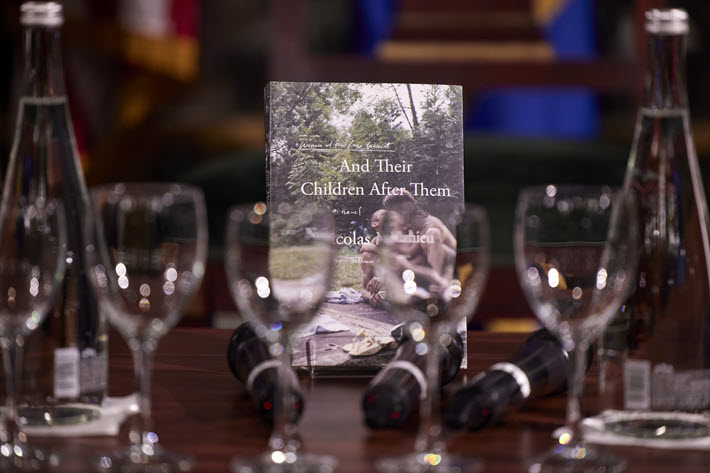 Originally published by Actes Sud in 2018, and the winner of that year’s Prix Goncourt, Nicolas Mathieu’s And Their Children After Them (Other Press, 2020) in its translation to English by William Rodarmor has won the $US10,000 Albertine Prize.

The win was announced Wednesday (December 8) at an invitational party at Albertine, the bookshop of the French Embassy in New York City. Both the book’s author and its translator were at the event, and their work was chosen by a vote of the Albertine reading membership.

In making the announcement, Gaëtan Bruel, the embassy’s cultural counselor, said, “And Their Children After Them explores a decade whose urgent questions—of gender and sexuality, de-industrialization, environmentalism, and more—strikingly mirror our own.

“The result is both moving and provocative, speaking to French and American readers with equal strength. 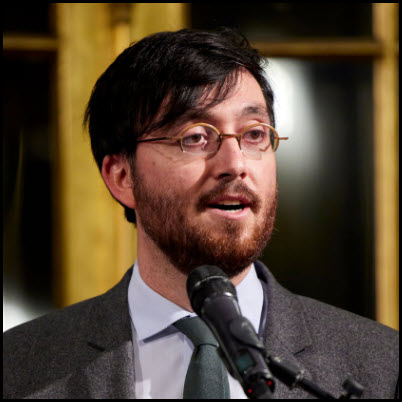 “My congratulations to Nicolas Mathieu and William Rodarmor for this remarkable achievement, and to our Albertine members, our cherished, faithful and astute community of readers.”

The prize was presented to Mathieu and Rodarmor by the two honorary chairs of the prize program—Rachel Kushner, editor-at-large of the New York Review of Books, and Daniel Mendelsohn, who directs the Robert B. Silvers Foundation.

In his critique of the book for The New York Times (April 7, 2020), Thomas Chatterton Williams writes, “Mathieu’s novel won France’s top literary award, the Prix Goncourt, in late 2018, just as the Yellow Vest protests began metastasizing across the country, seemingly out of nowhere and ostensibly over a trivial fuel tax increase.

“France’s business, political, and cultural winners scrambled to understand what was going on. The traditional narrative of the left-right divide could not capture the leaderless movement’s hodgepodge assortment of prejudices, grievances, and demands (a chaos in which a nativist party like the National Rally naturally thrives). The question suddenly arose: Just who are these proud and wounded men and women who’d come to feel so unseen that the reasonable solution seemed to be to throw on reflective vests and stand in the middle of the road?”

Williams concluded that the book captures not only the obvious art-for-art’s-sake value but also “that other, mysterious appeal in which a story resonates in ways that even the most devastating sociology and journalism cannot.” 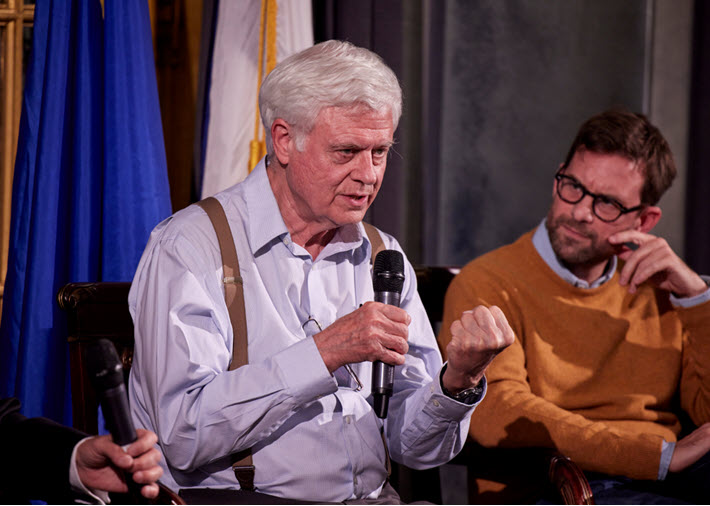 For those interested, information on membership in the Albertine program is here. 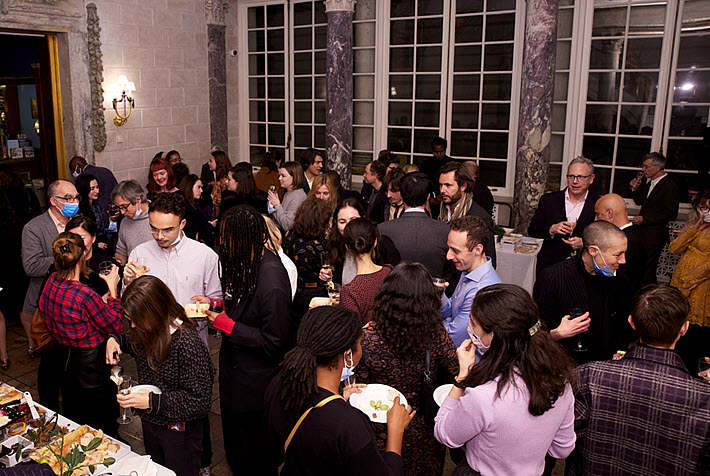 At the announcement ceremony for the 2021 Albertine Prize in New York City. Image: Albertine, Argenis Apolinario