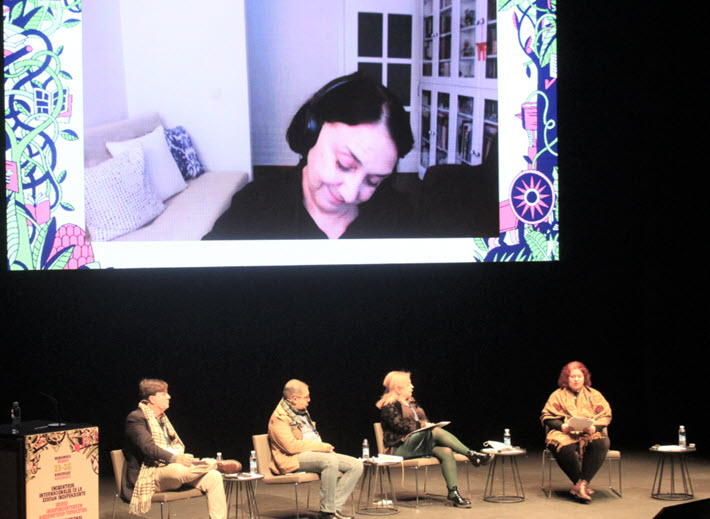 With attendees from some 40 countries, this week’s International Alliance of Independent Publishers conference reflected an issue-driven, reader-focused community. 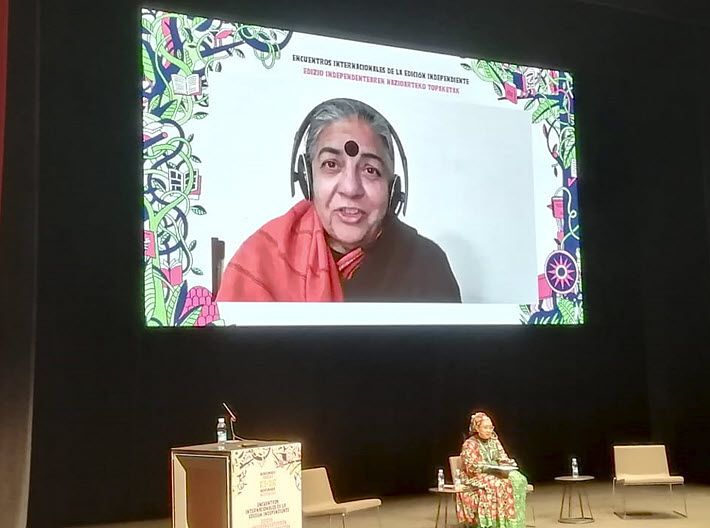 Closing comments at the Alliance of Independent Publishers’ conference, with the digital participation of Indian-author-Vandana Shiva (on the screen) and Cameroonian author Djaïli Amadou Amal. Image: Jean-Claude Naba

This year’s conference held particular meaning for many, after 18 months of online meetings during lockdowns.

As the alliance president Laurence Hugues said in her opening remarks, it was a space in which the network could debate ideas with respect; a place to rethink publishing. “We’re here to celebrate independent publishing,” she said, “with its diversity of voices, languages and expressions.”

Publishing Perspectives readers are familiar with the alliance in connection with the Tehran Book Fair Uncensored, but we know it less well for its own conferences. That’s in part because the last such conference before this month’s gathering was held in Cape Town in 2014. Founded in 2002, its membership of some 750 meets every four to eight years.

Publishers also met in one-on-one meetings and discussed a wide variety of problems and solutions in their respective countries, including practicing solidarity in social and economic issues.

During the opening meeting, guest speakers Julien Lefort Favreau, a Quebecois academic, and Cambridge-based John B. Thompson—author (Book Wars: The Digital Revolution in Publishing, Polity Books, 2021) and director of Polity Books—spoke digitally with publishers onstage about ways to maintain bibliodiversity in the book business’ ecosystem.

Thompson stressed the importance of governments having strong antitrust policies, focusing on quality over quantity in book production, investing in authors and standing by them, and knowing and communicating with readers. “Publishers should stop thinking of themselves as B2B businesses,” he said, “and find out more about their readers.”

“What does it mean to be a migrant, or an agricultural worker in Spain picking strawberries? These stories need be told,” Sefrioui said.

Listening to readers is key to publishing, she said. “The relationship cannot be vertical. To be an indie publisher is to spread the word in the community it serves.”

Publishers Colleen Higgs of Modjaji Books in South Africa and Samar Haddad of Atlas Publishing in Syria said their presses receive no support from any entities and the need to find creative ways to publish such as Sefrioui’s was similar.

Haddad said that in Syria there are no more distributors or booksellers, and Atlas has developed a community of readers by inviting them to the office to discover their new titles. “They became familiar with our standards of publishing, Haddad said. “It’s shaping the readers’ tastes and educating them about the necessity of reading all genres.”

Polish publisher Dorota Hartwich of Format said she feels a responsibility in the current political climate in Poland to give voice to people who don’t have one. She works, she said, to organize on the ground an intergenerational discussion so that the values of freedom are preserved with the older generation, while young people who are exposed to government propaganda can be educated. 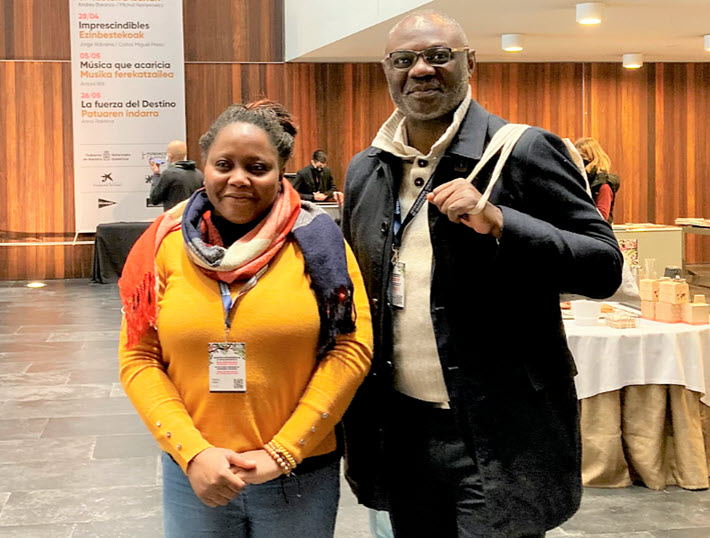 On the second day, publishers discussed and explored the ecological impact of publishing, over-production and how digital publishing is not necessarily more sustainable.

Susan Hawthorne, of Spinifex Press in Australia, joined digitally by remote video, commenting that since 1991 her company had pursued a decision to stay small—“like an organic farmer who has best results on a limited acreage”—in order to avoid creating excess stock and returns.

Spinifex produces digital books, as well as print, and Hawthorne said that during lockdown, they produced print-on-demand books which worked well, coupled with international book launches via Zoom.

In a later workshop, environmental issues were discussed, and the differences became apparent between publishers from the northern and southern hemispheres—in the south, it was pointed out, overproduction is largely nonexistent.

The conversation on women included the question of literary prizes being dominated by male winners despite the fact that women widely occupy positions in the publishing sector worldwide.

Anna Štičková, also from the Czech Republic, was present to talk about Knihex, a platform for independent publishers and booksellers established by women.

Freedom of Speech and the Freedom to Publish

Talking about freedom of speech and publication at the International Alliance of Independent Publishers’ Conference. Image Jean-Claude Naba

The fourth day was no less busy, with a forum on the freedom to publish and freedom of speech including Azadeh Parsapour (UK/Iran); Egypt’s Mohamed El Baaly (his catalogue, PDF); and Tomaz Adour (Brazil) who spoke about the situation their respective countries.

Participating by digital connection was Müge Gursoy Sokmen of Turkey, who is launching an in-depth study by the alliance on the subject of free expression and publication. It’s expected to be available in January.

Undoubtedly, publishers were most concerned with Adour’s description of his far-right-wing government’s insidious form of censorship and war on culture. The group agreed that they’re accustomed to older forms of censorship and knew how to get around them, whereas the ultra-right approach, not only in Brazil, needs creative solutions. 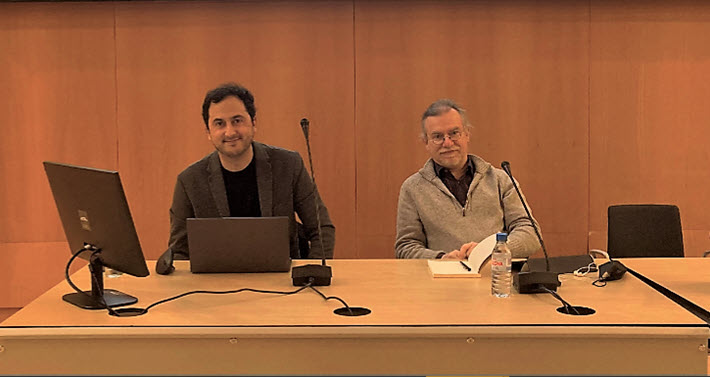 Later in the day, the program included a forum on publishing in minority languages and a workshop on digital advances in publishing.

The workshop on digital publishing, run by publishers Octavio Kulesz and Gilles Colleu, presented the alliance’s lab which helps members use digital tools, and answered questions—of which there were many and on a wide variety of topics. Subjects included the digital divide between north and south, the need for an aggregator, piracy, and how to be paid directly without using a distributor.

The alliance’s concluding statement vowed to continue its support for independent publishing that is “de-colonial, eco-friendly, feminist, free, socially responsible, and unified.” From Guinea to India, participants’ comments about the event most often used two words: “inspiring” and “re-energizing.”