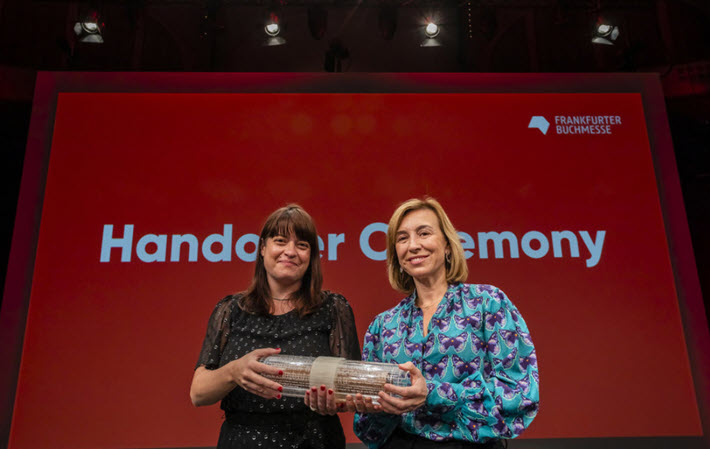 The Guest of Honor Spain program coming to Frankfurter Buchmesse 2022 will reflect the strong position of women in the Spanish publishing industry. (Sponsored)

María José Gálvez Salvador, Spain’s general director for books and the promotion of reading at the Ministry of Culture and Sports, left, and Elvira Marco, the commissioner for Spain’s participation as Frankfurter Buchmesse’s Guest of Honor 2022, hold the Guest Scroll, passed to Spain from Canada in October 2021. Image: FBM, Marc Jacquemin

On October 24, when Frankfurter Buchmesse‘s “Guest Scroll” was passed from Canada to Spain in the traditional Guest of Honor Handover Ceremony, some may have noticed that the two recipients were women.

María José Gálvez Salvador, Spain’s general director for books and the promotion of reading at the Ministry of Culture and Sports, and Elvira Marco, the commissioner for Spain’s participation, were all smiles in anticipation of what promises to be an enlightening and comprehensive evocation of the Spanish book market in the programming provided by the trade show’s 2022 Guest of Honor, Spain.

And those who know the Spanish market and its publishing traditions likely wouldn’t be surprised to see the incoming guest-of-honor program in the hands of capable women, although among workplace concerns in many parts of world publishing today, one of the leading challenges is in gender diversity, equity, and inclusion.

Several data points provided by the Guest of Honor Spain program illustrate the place of pride held by women in Spanish publishing: 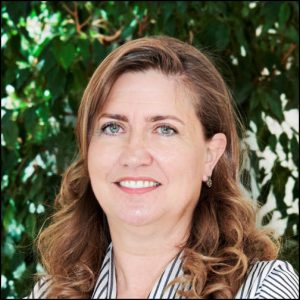 “In Spain,” Marco tells Publishing Perspectives, “seven out of 10 editors are women, so it’s only natural that women should be in leading positions. But of course this is not simple math,” she says, “and there’s still ample margin to increase women’s leadership in the industry.

“We’re seeing more and more women making decisions, and this is very good news. The two examples of Nuria Cabutí and Marta Martinez are especially visible because they’re two major publishing houses. But there are also many women leading medium- and smaller-size firms, and creating new businesses.

“It’s also interesting to note the role of women as editors-in-chief in some of the major publishing divisions of Penguin Random House, Planeta, Siruela, La Esfera de los Libros, Maeva, and many others,” Marco says. “These women are making the decisions about new titles. You could say they have a major role in defining literary trends and launching the bestselling books of the moment.”

Some of the medium-size houses with women in leadership, Marco says, are Morata, Siruela, La Esfera de los Libros (The Sphere of Books), and Maeva in Madrid, and Cliff and Castalia in Barcelona. And this trend is reflected not only in the important role played by literary agencies, she says, but also in other parts of the book sector “including libraries, bookshops, translation, design, and marketing.”

The Guest of Honor Spain program points to a 2019 “Internal Trade Report” on the Spanish book business indicating that women represent 48.8 percent of the employees in a sample of some 727 companies, with the big, unionized publishing houses showing 61.8 percent women on their payrolls. In the smaller houses, the average is some 40.6 percent.

A Legacy of Leadership Among Women 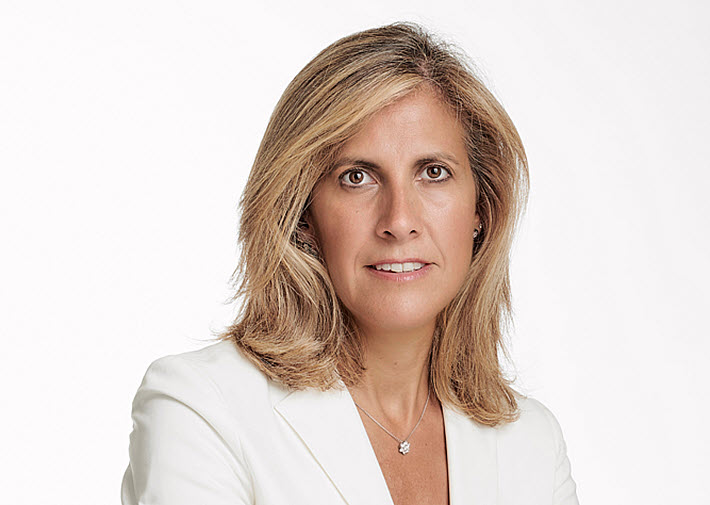 Female leadership in Spain’s publishing industry is something that’s been cultivated over many years, Marco says. “Leading roles in the industry today follow the path started by a previous generation of women,” she says, “including Esther Tusquets, Beatriz de Moura, and Carmen Balcells, a literary agent who discovered many beloved authors of the 20th century.

“This isn’t exclusive to the publishing sector,” she says. “We’re indebted to the progress made by the women who came before us, who had a harder time advancing in their careers and opened the way for the next generation. Although important advances have been made, and we can see women leading major Spanish companies in other fields, it’s obvious that we still have a long way to go.”

For example, Marco says, there’s “a gap between the jobs” held by most women and the directorial level, as is seen in many other world publishing markets. Just in January 2020, the Publishers Association in the United Kingdom determined that women in the UK market had made progress, with 53 percent of the publishing business’ executive roles and 55 percent of that market’s senior leadership roles going to women.

If long in coming, Marco says, “Progress is being made every year on the widest scale, with 30 percent of leading roles in the business world being held by women,” a figure reflected in the “Women in Business 2021” report from Grant Thornton.

Women Readers in the Lead

As in many markets of the world, women are seen to be leading men in Spain in reading patterns. According to the 2020 edition of the Barometer of Reading and Book-Buying Habits study produced by the Federación de Gremios de Editores de España (Federation of Spanish Publishers’ Guilds), 68.3 percent of women surveyed say they read books, by comparison to 56 percent of surveyed men. 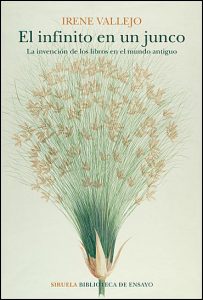 The answer to that pervasive imbalance in readership, however, Marco says, isn’t a need for more books that might appeal to a male readership.

“I don’t believe books are created for one group of readers, either men or women,” she says. “I think more in term of stories.”

An author’s gender, she says, isn’t a factor in how readers choose books, Marco says. “All readers love a good story regardless of the author’s gender. Spain has seen in recent years a big surge in titles written by women that have stood out on the literary scene and have been recognized with awards across all genres.”

Marco points to Irene Vallejo’s El infinito en un junco: La invención de los libros en el mundo antiguo (Infinity in a Reed: The Invention of Books in the Ancient World, Siruela, 2021). The essay, she says, “has already sold 400,000 copies in Spain and is being translated into more than 20 languages.”

And as for challenges faced by publishing women in Spain today, Marco says that one hurdle is becoming better recognized in associated fields, including audiobooks and the books-to-screen business of adaptations for streaming film and television platforms including Netflix, HBO, and others.

“Women genuinely have qualities—empathy, intuition—that are increasingly becoming an asset for the book industry,” she says, “and for the content business in general.”

And more on women’s contributions to Spain’s book business and culture will be part of the Guest of Honor Spain program at Frankfurter Buchmesse, scheduled for October 19 to 23, 2022. 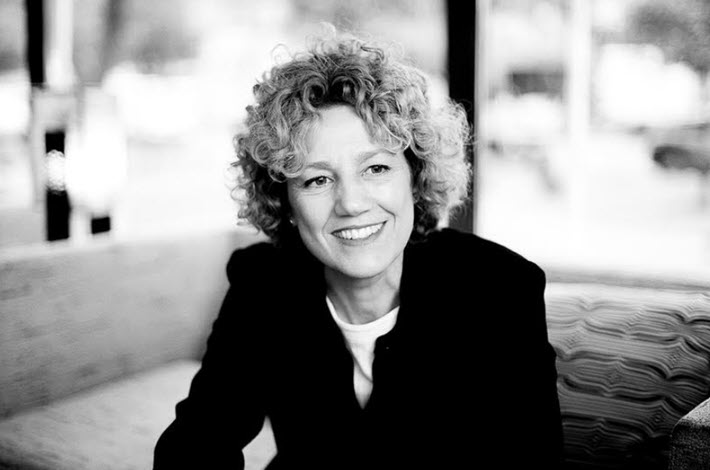