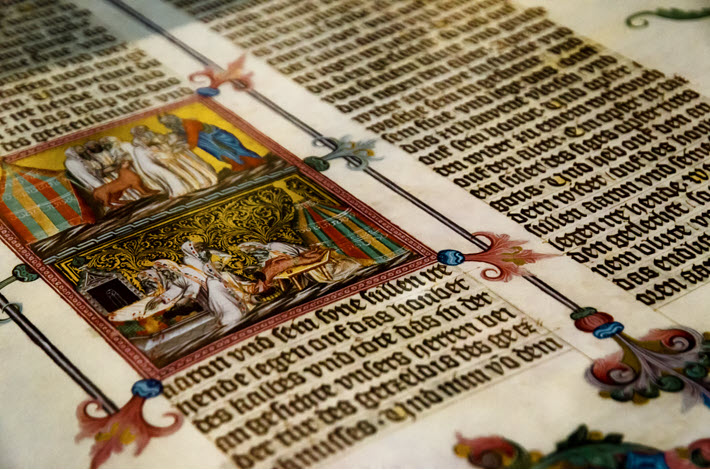 The works in our last Rights Roundup of the year come from Switzerland, Iceland, Spain, France, and the United Kingdom. 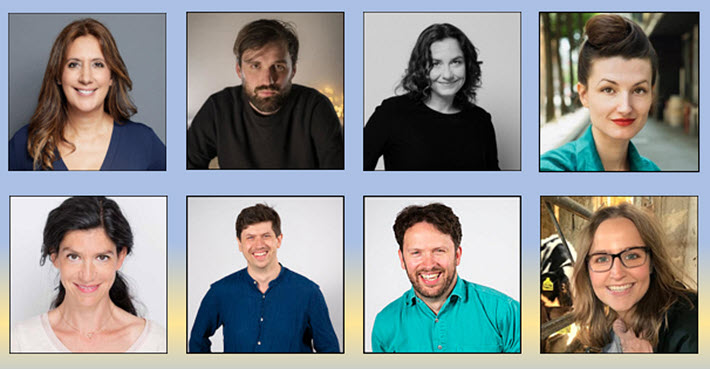 As we wish you a happy and safe winter holiday season, we have a new year’s resolution to propose to you. This is our last Rights Roundup of this long 2021, and we’d like to make a cordial proposal to the many literary agents and rights directors who so helpfully share the news of their rights sales and/or hopes of those deals with us for our Roundups. 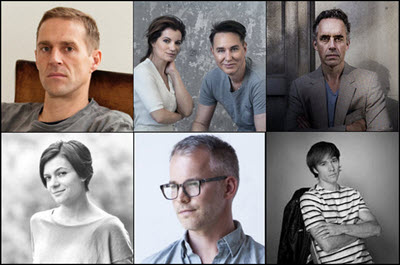 From a Rights Roundup in our first year with the series: December, 2017. Among authors represented in that Rights Roundup were, clockwise from upper left: Matias Falkbakken, the husband-and-wife team known as Lars Kepler, Jordan B. Peterson, Thomas Olde Heuvelt, Michael Harris, and Melba Escobar

In February, we’ll have been doing Rights Roundups for five years. That means we see a lot of agency and publisher book pages, the ones you’re jumping to when you click on our “Read more here” prompt.

There’s a practical reason we pay attention to this, of course. We picture authors—and illustrators when one or more is involved—because it’s only right to give the creators or co-creators credit for their work. And to be clear, there are publishers and agencies doing a superb job of giving full credit to books’ creative talents. Many are generously conscious of this, and their promotional and informational material supporting their catalogues really shine. It’s noticed and appreciated.

When imagery is omitted for illustrators, it’s actually not very good business, as Sarah McIntyre in England has captured in her #PicturesMeanBusiness campaign. It’s not unlike the practice some publishers have of not giving book-cover credit to translators along with authors. In most children’s books, illustrators are an integral part of the property’s creation and salability. Elena Pasoli and her team at Bologna Children’s Book Fair are champions at reminding everyone of this.

What catches a parent’s eye and prompts her or him to buy a book for the kid? The illustration on the cover. And what mesmerizes the child and gets him or her interested in reading the book? The illustrations inside.

One literary agent has told us that she couldn’t provide images of illustrators because the publisher didn’t provide them. That’s such a good reason to make a friendly call to the publisher and ask about those missing illustrator headshots.  It’s fine, by the way, if these author and illustrator shots appear separately from the book’s page. Maybe the names of the authors and illustrators link the user over to their own bio pages and their photos are there. But too often, when you get to an author’s or illustrator’s bio page, there’s still no photo.

Books with illustrations became especially popular around the 15th century, usually the work of monasteries’ illustrators–who didn’t get a lot of credit, either. Image – Getty iStockphoto: Cristiano Alessandro in Vienna, Austrian National Library

We propose that in 2022, some good-hearted (and good-business) attention go into how the many fine people who work in our industry give credit to authors, illustrators, and translators. It’s fashionable these days to talk about how important the industry’s creative workers are—and they are—but all that is undercut and made to ring a little false, when a click or two on an agency or publisher site reveals that no one has chased down the images of the people who actually create the product.

Another compliment we can give the publishing industry is that it’s becoming better and better at recognizing the multiplicity of roles engaged in the business and production sides of its projects. This is partly encouraged by an emphasis on diversity and inclusivity, of course. It’s time to be sure that this concept of the team is extended “outside the building” to the creative partners, including authors, illustrators, translators, book and cover designers, and more.

Join us in a 2022 resolution to try to be more conscious of this. We could do better, ourselves. We’d be happy to have you think about it, too. If you have a problem getting all your images to us in our online form, by the way, just drop us an email, we’ll work it out. 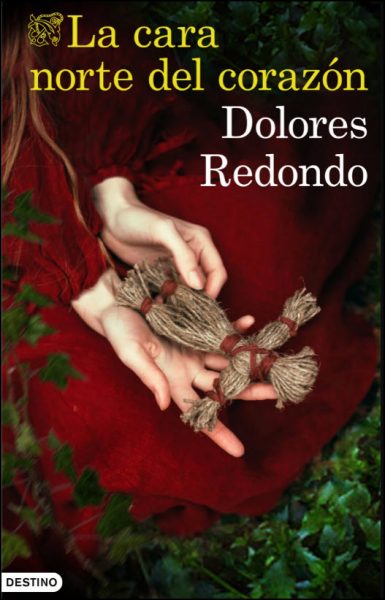 The North of the Heart
(La cara norte del corazón)

This work by Dolores Redondo, taking a second bow in Rights Roundup, has more than doubled its rights sales in two years.

Set in New Orleans and the Baztan Valley, “Amaia Salazar is a 25-year-old detective in Pamplona. She unexpectedly becomes part of an FBI special unit working to apprehend a serial killer, who only murders during natural disasters–on the eve of Hurricane Katrina.

“During the investigation, a call from her aunt in Elizondo will awaken old ghosts from her childhood, exposing herself, once again, to ‘the north face of the heart.’” 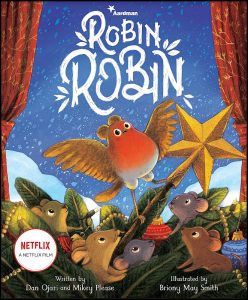 By Daniel Ojari and Mikey Please
Illustrated by Briony May Smith

Ojari and Please wrote the 32-minute animated film edition with Sam Morrison. The film, released in November, is distributed by Netflix. 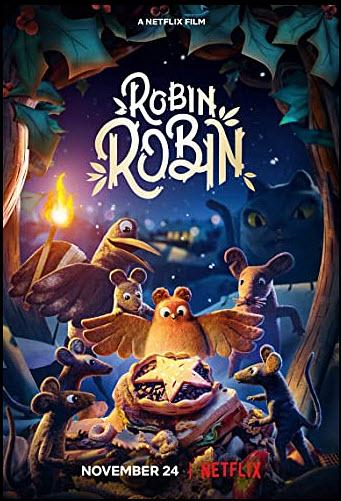 “The story of Robin Robin and her adopted mouse family is from the team behind the Christmas-themed film, Robin Robin, created by Aardman Animations for Netflix, Helen Argo.

“This picture-book version of the story, illustrated by Briony May Smith, is perfect for sharing with young children.” 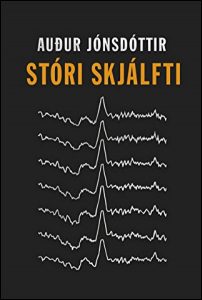 “Quake is a novel about Saga, a woman who revives after an epileptic seizure on a sidewalk. Her three-year-old son is gone.

“In the following days, Saga’s mind is beset by memories and doubts. What happened before her seizure? Who can she trust? And how can she make any sense of her emotions when her memory is so fragmented?

“Quake is an exploration of the blurred lines between fact and fiction, reality and imagination, and where mother ends and child begins.”

We’ll provide here an embed of the trailer for the film adaptation by actor, writer, and director Tinna Hrafnsdóttir, an Ursus Parvus film distributed by Alief. The show was premiered at the 2021 Black Nights Film Festival in Tallinn and was chosen by the Toronto Film Festival this year for its “Industry Selects” program.

Leo Baraclough at Variety is outlooking a release for the film in Iceland in January. 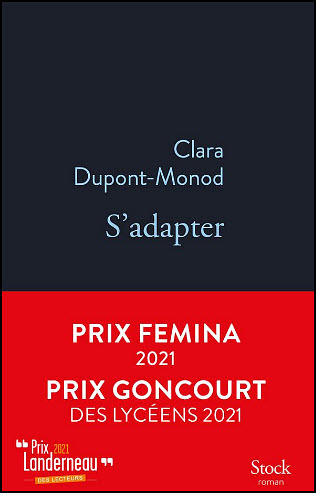 “A child born with disabilities turns the whole family dynamic upside down and redefines his siblings’ lives. A luminous tale about love, brotherhood and resilience.” 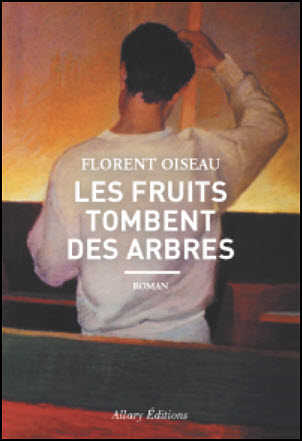 “Ever since his neighbor dropped dead—like the fruit of a tree—at the Popincourt bus stop, Pierre has been adrift on Line 69.

“An urban ghost,” as he describes himself, he’s a guy who’s no longer very young but not yet very old, someone who’s searching for answers in tall glasses of cold milk. From the laundromat to the counter of a Kabyle bar, freedom guides his steps. Smoking cigarettes with the hookers on Rue Blondel, whipping up mayonnaise for an aging famous actress, calling your daughter Trieste and remembering Venice.

“Everything’s an adventure when you keep your eyes open and never regret anything. Not doing much: that’s what’s extraordinary.” 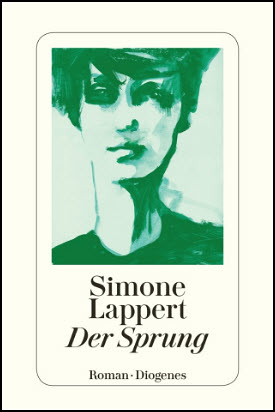 “For one day and one night, a young woman holds a city in suspense. And for 10 people, nothing will ever be the same again. Simone Lappert addresses the fragile equilibrium of our era.

“A young woman stands on a roof, refusing to come down. What is she thinking? Is she planning to jump? The police cordon off the building, onlookers zoom in on their phones.

“The woman’s boyfriend, her sister, a policeman, and seven other people, directly or indirectly connected to her, miss a step. They fall out of their everyday routines, lose their grip—or take the plunge into a freedom they had no longer thought possible.”