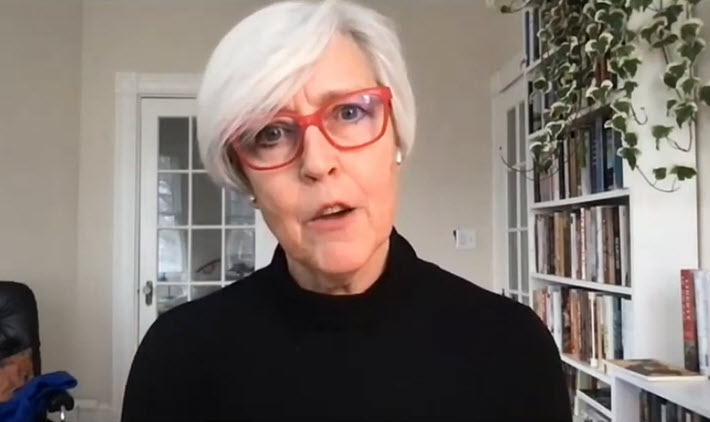 In winning the 2021 Cundill History Prize, historian and professor Marjoleine Kars says she hopes the Guyanese will feel supported by her book’s depiction of their historic context.

Kars: ‘The People Whose History This Most Rightfully Is’

In a digitally distributed winner’s ceremony hosted by CBC’s Nahlah Ayed at the Montreal Museum of Fine Arts today (December 2), the McGill University-based Cundill History Prize has been awarded to University of Maryland historian Marjoleine Kars for Blood on the River: A Chronicle of Mutiny and Freedom on the Wild Coast (New Press).

This year, Kars and her two sister finalists in the competition—Rebecca Clifford and Marie Favereau—have been awarded US$10,000 each. Kars, as winner, now receives the US$75,000 top prize, a purse that makes the Cundill what it describes as the lucrative nonfiction awards program in world publishing today.

In her acceptance comments during the digital event, Kars says, “I’m particularly happy that the prize went to a book about slavery, which is, after all, one of the foundational institutions of our modern world. The prestige of the Cundill Prize underscores the importance of Black history, the history of race and racism, which are at this moment particularly in the United States under attack.”

Her references, of course, are to heated objections to critical race theory, to Nikole Hannah-Jones’ The 1619 Project: A New Origin Story—just published in book form by Penguin Random House in the States on November 16—and to a broad and emotional debate underway on the place of and problems of racism, historically and in the nation’s contemporary political struggles. 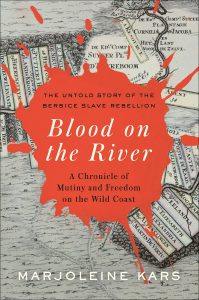 Kars also points out in her comments that the rebellion she examines in her book “is so little known as a rebellion outside of Guyana. It’s the largest labor rising in the Caribbean before the ‘Age of Revolution’ … and I hope that the people in Guyana will feel in some measure supported in the fact that this book won the prize, and will see it as a form of recognition for what their ancestors went through.

“And largely, I hope people realize that there are amazing records in the archives in The Hague and in the United Kingdom about the history of Guyana. I hope that young people in the Caribbean will remember that these records are here, learn Dutch, and go look for themselves, so we can have more books written about this subject … from the people whose history this most rightfully is.”

Kars’ book is unusual in that its source material lies primarily in an archive of deeply details records of a 1763 slave rebellion in the Dutch colony of Berbice.

In his commentary on the jury’s choice of Blood on the River, the panel’s chair, Michael Ignatieff is quoted, saying, “Superbly researched and narrated, Marjoleine Kars’ Blood on the River achieves something remarkable: it transforms our understanding of two vitally important subjects—slavery and empire—and it tells a story so dramatic, so compelling that no reader will be able to put the book down.

“It was the unanimous choice of our jury.”

The announcement ceremony was the culmination of a two-day “Cundill Festival” of three events. These included Wednesday’s Cundill Lecture by Camilla Townsend, author of Fifth Sun: A History of the Aztecs (Oxford University Press USA), which was the 2020 winner of the prize. There also was s discussion among the three finalists on the topic “Why Do We Rewrite History?” That event is also available in a video recording, and you can find it here.

Today’s ceremony was hosted by Dan Snow of History Hit, again this year a partner of the prize program. Also supporting the program this year have been Literary Review of Canada and the United Kingdom’s Fane Productions. 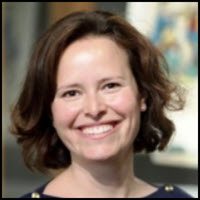 In her own statement, Mary Hunter, interim dean of the faculty of arts at McGill, is quoted, saying, “In our second year running, the Cundill History Prize as a fully digital program, we’ve reached an even bigger audience with some of the best history writing being produced right now, and today’s winner announcement marks the highpoint of another fantastic season of events.

“Our 2021 jurors have chosen three extremely relevant finalists and, with Marjoleine Kars’ Blood on the River, we have a winner that brilliantly combines what our prize is seeking: mastery of the historian’s craft, a compelling narrative, and a fresh perspective on a topic that couldn’t be more relevant today.”

Announced for the first time at Frankfurter Buchmesse through its new Frankfurt Studio production facility, the trio of Cundill finalists for this year