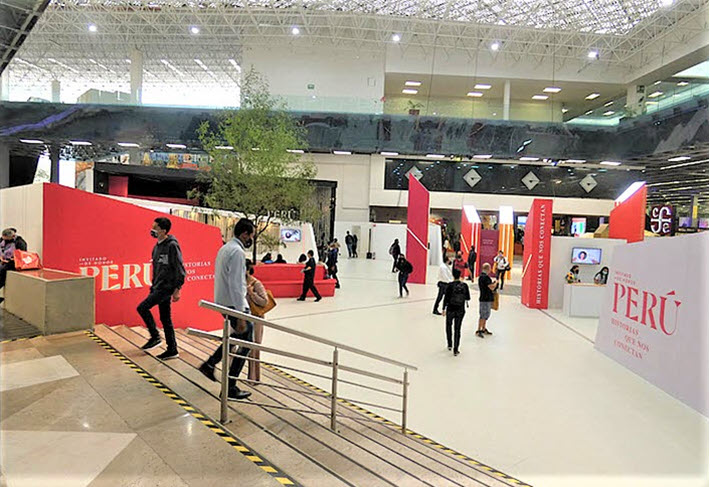 Before the pandemic, only 5 percent of Peru’s publishers and booksellers had carried out digital sales, says a member of the Peru delegation at Guadalajara International Book Fair.

At the Guest of Honor Peru pavilion in the center of the 2021 Guadalajara International Book Fair in Mexico. Image: Publishing Perspectives, Porter Anderson

Dolores Cerna: ‘The Pandemic Has Had a Strong Effect’

The Guest of Honor Peru delegation at last week’s  Guadalajara International Book Fair in Mexico comprised 110 publishers and around 50 authors, in addition to academics, visual artists, and musicians. The pavilion, set at the center of the fair’s exhibition floor, hosted debates, readings, an art exhibition, and a bookstore with some 30,000 titles on sale, offering visitors a sense for Peru’s contemporary and historical literary trends, its political and social history, and the range of its publishing industry.

Leonardo Dolores Cerna, director of books and reading at Peru’s ministry of culture, said he’d found the show “a great way to celebrate Peru’s centenary [July 28, 1821] and the stories and history that unite us.”

In talking with Publishing Perspectives, Dolores Cerna said that Peruvian publishers’ and writers’ books left unsold at the fair will be transferred to the University of Guadalajara’s Carlos Fuentes Bookstore, which features free shipping in Mexico.

Peru has had a stand at the Guadalajara fair since 2012, but its status as guest of honor status at this year’s fair was warmly welcomed by Peruvian publishers, Dolores Cerna said, with the coronavirus COVID-19 pandemic having had a negative impact on book sales in their home market.

“Until 2019,” he said, “we’d sustained growth in book production, with an increase of about 300 percent over 2002. But the pandemic has had a strong impact, with around a 30-percent drop in book production in 2020 compared with the previous year.”

A Digital Acceleration in Peru 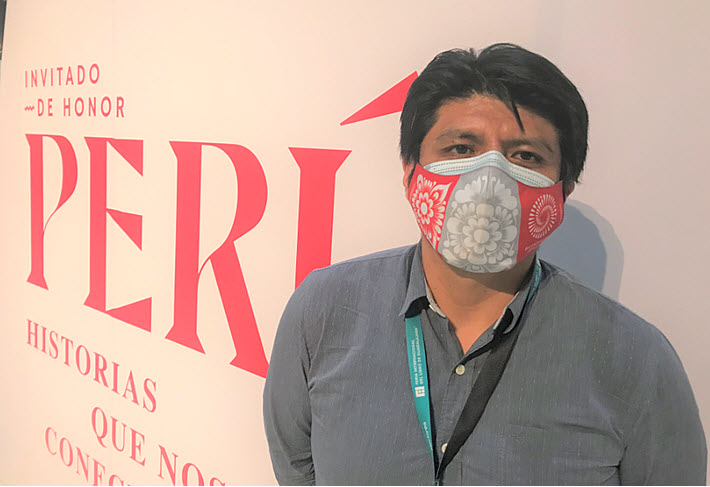 According to a study from the National Library of Peru, ISBN registrations in 2019 came to 8,158 titles, a 14.7-percent increase over 2008. But in 2019, only 1,045 titles were published in ebook format. That’s where the pandemic has had a positive effect, Dolores Cerna says–in what publishing professionals generally refer to as the “digital acceleration” seen triggered in so many markets by pandemic conditions.

Dolores Cerna also stressed the importance of Peru’s pavilion concept including a forum for debate and for showcasing Peruvian authors, a place in which, “we’re broaching all themes to better understand the contemporary situation–not just in Peru but in Latin America as a whole. It’s this connection of stories and historical processes that unites us, and which involves books and reading”.

In acknowledging the fair’s international profile, Dolores Cerna said, “The Mexican and United States markets are very important for us, as are France and Germany as well as markets much closer to home, such as Chile and Argentina. In those markets, translation isn’t necessary and we find there’s a connection with–and interest in–Peruvian literature.”

Peru has seen a proliferation of independent publishers in the last decade, according to Teófilo Gutiérrez, the founder of the Lima-based poetry and prose publisher Hipocampo Editores. 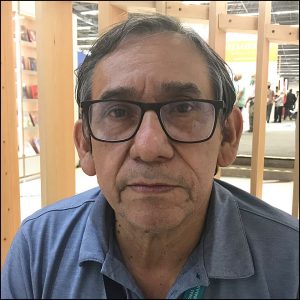 “When we founded the press in 1997,” Gutiérrez said, “there were four or five independent presses in Peru, and now we’re around 80. Publishing continued during the pandemic, and the pandemic even became a theme in books,” he said. “Tragedies like this help us continue believing in life.”

Royer Capcha Quejías is the founding director of RCQ Editorial in southeastern Peru’s city of Cusco.

“It’s important for us independent publishers,” he says, “to come to Guadalajara, which is the world’s most important Spanish-language fair and the best ‘shop window’ for us, so people can see what kind of books we’re publishing.” 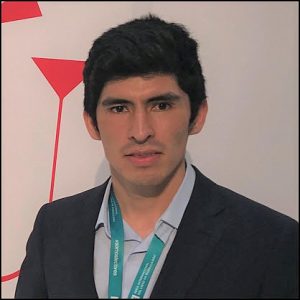 Those books include works in the social sciences and literature in both Spanish and Peruvian Indigenous languages.

“But another important aspect of coming to this fair,” he says, “is the professionalization of the Peruvian publishing sector. By being in contact with publishers from other countries, we can learn how they deal with writers and distribution and sales, and we can exchange information.” 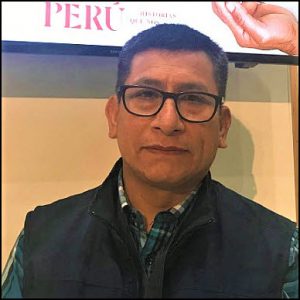 Dante González Rosales is the founding publisher of Pakarina Ediciones, a Lima-based press that works in  Peruvian indigenous languages.

“There’s more interest among readers in Indigenous literature” he says, “and more publishers beginning to specialize in such languages, as well as more translation of works from Spanish into Indigenous languages,, which fosters diversity.

“When you look at the statistics of the National Library of Peru,” he says, “with the publication of 36 books in Indigenous languages in 2019 from practically zero 10 years ago, we’ve made some progress. However, of a total of the 8,158 books published in 2019, only 0.68 percent were in Quechua, and 0.32 percent were in other Peruvian Indigenous languages. Together with foreign languages, they added up to 1 percent of the total.

“It’s not that there are no opportunities,” González Rosales said, “but rather that we have to make those opportunities.” 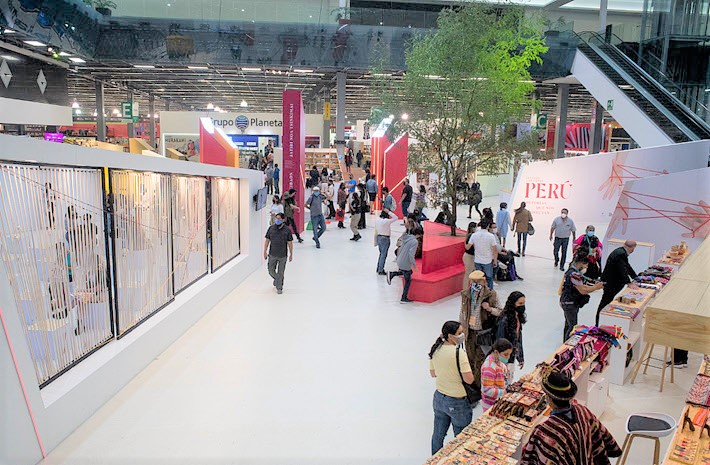 The Coronavirus in Peru

The impact of COVID-19 in Peru has been so severe that, as Jason Beaubien reported for NPR on November 27, the country is considered to have had the highest pandemic death rate in the world. A lack of medical resources–and the inability of a small, poor country to vie for those resources on the international market–created a scenario in which the collapse of a major oxygen-tank supplier in May appears to have precipitated the worst of the losses.

The per-capita death rate is reported at nearly 6,000 deaths for every 1 million citizens, some 25 percent of whom live below the poverty line. Recent statistics show a far better picture in Peru, the seven-day average being tracked at 3,218 new cases per day–down from a peak in April of 5,626.

Porter Anderson contributed to this report. More from Publishing Perspectives on the Guadalajara International Book Fair is here, more on the Latin American markets is here, and more on Peru is here.