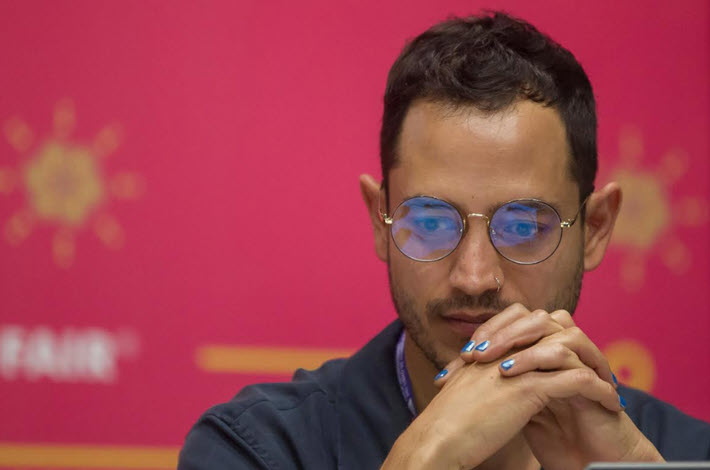 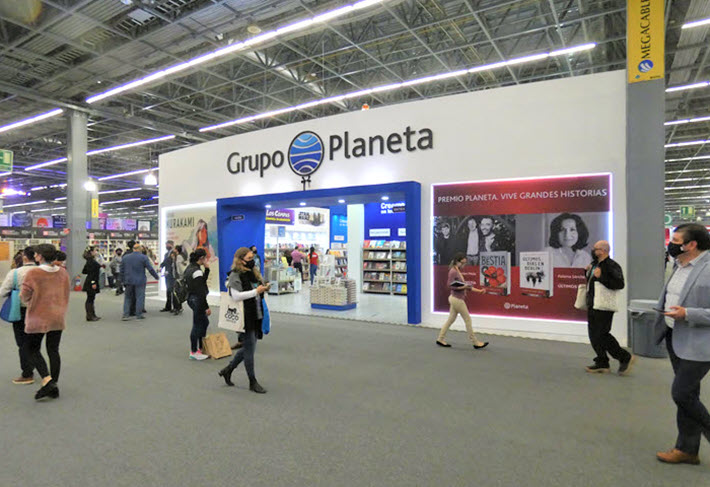 Even if Rubén Padilla turned off his video during his interview, you’d be able to tell he’s smiling.

“We were really, really happy with the results,” he says. “People were happy. All of the publishers were willing to have this personal contact and make this offering to the public. You see what it says about physical events, author signings, dialogues, round tables.”

Padilla is the longtime director of the professional program at Guadalajara International Book Fair , which held its 35th edition, November 27 to December 1, in an entirely physical setting. This was, Padilla says, what the fair’s exhibitors and participants wanted. He and the team are breathing a happy sigh of relief that all went well, and at an even more uncertain moment on the calendar than they’d expected. As the show held its run, the initial reports were breaking of the B.1.1.529 “omicron” variant’s presence in southern Africa.

Despite a decision not to hold the show’s usual rights-trading floor and its fellowship program for international publishers, the Guadalajara fair ended with 1,223 houses representing 37 countries, he says. The show logged 3,278 book professionals in attendance, and 35 rights agents.

In overall headcounts, normally, this fair draws some 800,000 attendees, while this year, a total 251,900 members of the public arrived during the run of the show. The breakdown:

With the public health authorities’ permission to admit 25,000 people per day—but in two shifts so that 12,500 were present at once—the exhibition floor’s wide aisles and distanced stands never appeared to be crowded, at least while Publishing Perspectives was observing the show.

Hand sanitizer and misting walk-throughs were at each entrance and attendees’ mask-wearing was impressively consistent, particularly in a country that reports giving one vaccine inoculation to about 62 percent of its population and two shots to 51.5 percent, as of today (December 16).

Padilla says he and the team were especially pleased with the international attendance among publishing professionals. A team from Tbilisi was the first Georgian delegation to attend Guadalajara, and members of Ahmed Al Ameri‘s Sharjah Book Authority were on-hand in preparation for Sharjah’s 2022 turn as Guadalajara’s guest of honor. Members of the  International Publishers Association (IPA) leadership flew in from Geneva and São Paulo for the presentation of the 2021 Prix Voltaire as its recipient, Dar Al Jadeed’s Rasha Al Ameer, arrived from Beirut.

The Bologna Children’s Book Fair “grand tour” programming of an illustration exhibition and instruction for illustrators, Padilla says, was also very successful in what would be its third of four stops at various international fairs during the autumn.

As we’ve reported, Frankfurter Buchmesse president and CEO Juergen Boos made the trip. Indeed, Marisol Schulz, the director of the Guadalajara fair, said that in arranging to have 25,000 attendees at the show each day, albeit in two shifts, she’d argued for that number because the German authorities had made an allowance for Frankfurt to admit a maximum of 25,000 visitors on-site daily.

In another reflection of Frankfurt’s experience, Padilla says that he heard from so many industry visitors that “they had more opportunities, more time to talk, more spontaneous meetings, not having to rush to the next appointment.

“In that way, this might not have been the most successful fair for actual negotiations, for commercial interaction, but people are happy” because they more comfortable schedules.

“And the authors are really happy,” he says, “to have changes to give readings, to meet readers again.”

‘The Big Challenge for Us’ 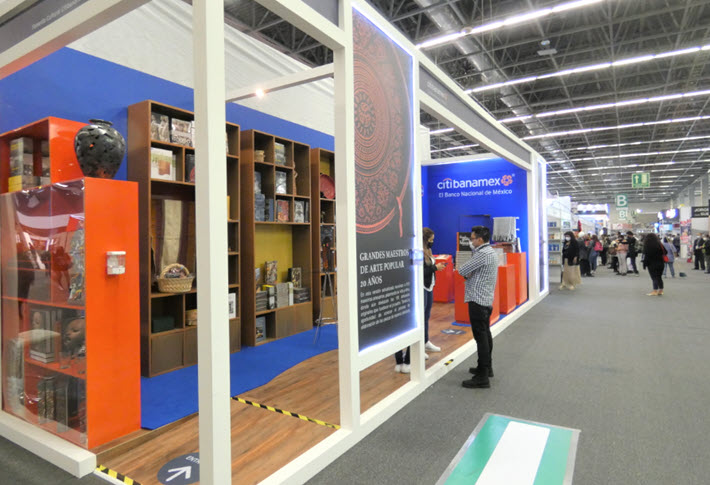 In terms of programming, the fair’s organizers made an early decision, Padilla says, not to try to produce a full digital edition of the show. This meant that in terms of book presentations, there were 400 physical events and 50 delivered digitally.

On the ground, the show’s physical events included:

Padilla says that he and Schulz and the rest of the staff will now look at how to incorporate what’s been learned this year about roomier design and less competitive event scheduling.

“The big challenge for us,” he says, “is to learn from this, because we can’t go back” to the pace and multiplicity of events that the fair has featured in the past. The goal is to assess why a smaller event during the week made its attendees feel so satisfied and how a more spacious, more relaxed context for the fair might be beneficial even when not based the constraints of something like the COVID-19 emergency.

And, as 2021’s year of world publishing events, both physical and digital, comes to an end, many organizers, trade visitors, and attendees will also be assessing what’s been discovered under the challenging circumstances of the virus. There are many questions, of course, about how the omicron variant’s presence will impact trade shows and book fairs anticipated in 2022, but in a period of time between mid-September and early December, several of the world’s leading events were able to work in fully or partly physical presentation formats, both to evaluate what works and to assess what options may be of use in the long run.

The 2022 Guadalajara fair, Padilla says, will have children’s literature as the focus of its professional program. “And since our show isn’t until near the end of the year,” he says, “we have time to watch and see what others are doing first. That’s an advantage for us.”

The organizers of the 35th Guadalajara International Book Fair have produced this video look-back with sights and sounds–including Guest of Honor Peru’s Andean flutes–of the 2021 show.