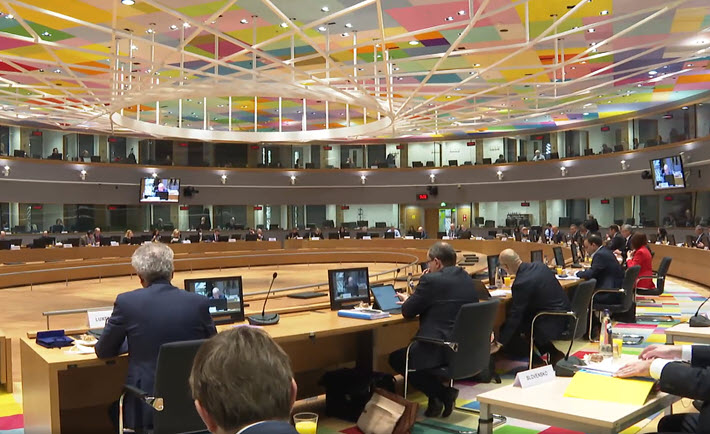 ECOFIN’S adoption of a new allowance for VAT reductions means European Union member-states have the option to lower taxation on books and more.

European Union member-states, thanks to the nod given by ECOFIN, “can introduce a greatly reduced VAT rate for certain basic goods or even exempt them from VAT,” the Börsenverein’s staff writes this morning.

According to the measure adopted Tuesday, “books, newspapers and magazines are among those goods that meet people’s basic needs and can therefore benefit from even greater tax benefits.”

ECOFIN is the European Union’s Economic Financial and Affairs Council, and its representative finance and economic ministers met on December 7 in Brussels in a meeting chaired by the Slovenian minister of finance, Andrej Šircelj.

Part of the agenda was a chance to adopt an update to VAT (value added tax) rates for the union before going on to other measures. While it doesn’t mandate adjustments to VAT, the move gives member-states the ability to make such changes.

The Börsenverein’s messaging today—even as Olaf Scholz is sworn in as Germany’s new chancellor—is an opening nudge to Berlin to look at this new flexibility in VAT relative to books and other parts of the nation’s cultural framework.

Skipis: ‘Diversity and Quality in the Future’

In a prepared statement today from Frankfurt, Alexander Skipis, general manager of the Börsenverein, is quoted, saying, “The decision of the Council for Economic and Financial Affairs is an important cultural and political signal. 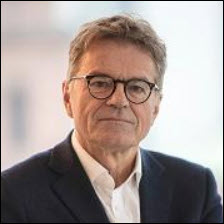 “By assigning books to basic necessities and thus providing them with the most favorable tax treatment, the body of EU finance ministers underscores the fundamental role that books play for education and culture, for our society and democracy.

“The German federal government should take advantage of this possibility for books, newspapers and magazines as basic goods. “

Skipis is stressing the contribution that books make to a diversity of opinion and information, characterizing that diversity as essential to the success of a free, democratic society.

“The economic pressure on the book industry continues to grow,” he says, “for example because of rising energy and transport costs as well as drastically rising paper prices.

“The additional tax relief would be an important measure in order to be able to guarantee book production in Germany in its diversity and quality in the future too.”

Currently in Germany, a reduced VAT rate of 7 percent applies to books, ebooks and audiobooks. The regular VAT rate on other products is 19 percent.

According to the ECOFIN decision—the Börsenverein is clarifying—the federal government could further reduce the tax rate or even provide tax exemption for books, newspapers and magazines. According to the decision in Brussels, member-states can select up to seven products from a predefined list to which these special rules can be applied. In addition to food, medicines, and the movement of people, there are also books, newspapers and magazines (analogue and digital) on that predefined list.

ECOFIN made its decision as part of the revision of the VAT system’s guidelines from 2006, the Börsenverein points out. And all finance ministers of the EU member-states belong to the council. Resolutions must be made unanimously and don’t require any further consultation by the EU Parliament on tax issues.

Among the first European nations to cheer the results is Greece—albeit not in the realm of books and publishing.

There, tourism minister Vassilis Kikilias is speaking out about the value of the move for his country. As the Greek Travel Pages staff is writing today, Kikilias sees the value of the move as fundamental to his country’s recovery, especially on its islands, which already have been granted a 30-percent VAT reduction by Athens. Five islands are considered to be of special concern—and readily able to benefit from the new regulations because of the refugee influx coinciding with the pandemic. They are Leros, Lesvos, Kos, Samos, and Chios.

And in his comments on Tuesday’s decision, the executive vice-president of the European Commission, Valdis Dombrovskis, has issued a statement, saying in part:

“It has taken a long time to get to this point. The agreement aligns the VAT system with the EU’s priorities on climate change, digitization and public health protection. We achieved a delicate balance that makes our VAT rates fit for the challenges of a modern economy and society. 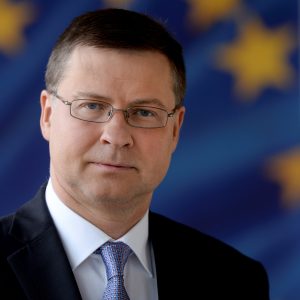 “Just to recall, it was nearly four years ago that the commission made its original proposal on reduced VAT rates. This was part of a much-needed overhaul of VAT rules dating back to the 1990s.

“After a lot of negotiation and compromise, it was decided to keep a positive list of goods and services. This means that member-states can only apply reduced rates to the items on the list, provided that certain general principles are respected to prevent a proliferation of lower tax rates. For the first time, member-states will be able to exempt from VAT certain listed items considered as basic needs.

“The list will be in line with the European Green Deal and will treat member-states equally. It will help to reduce the fragmentation of the EU’s single market and avoid distortions of competition between countries. Once the European Parliament has given its final opinion, we hope to take this general approach forward early next year.”

Another area of potential benefit from ECOFIN’s decision is in climate change, with those who deal in solar modules being likely beneficiaries of the change, per a report from Jules Scully for PVTech.

More from Publishing Perspectives on the German book market is here and more on industry statistics is here. More on Europe is here, and more on taxation is here.