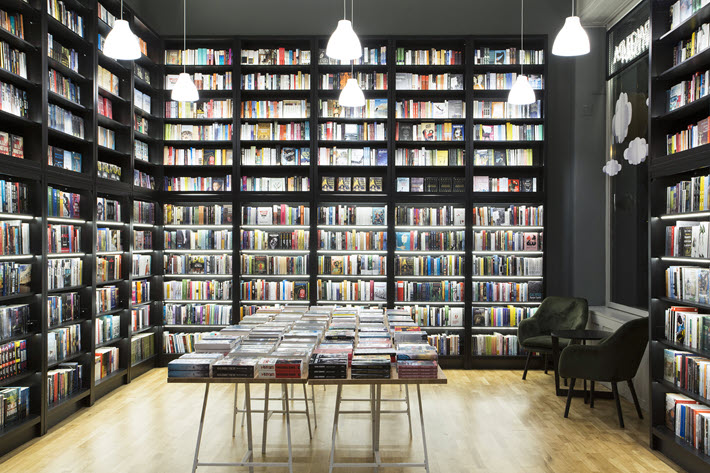 Now in its second year, the publisher-owned Fraktura bookshop serves as a hub of literary events and trusted recommendations in Zagreb. 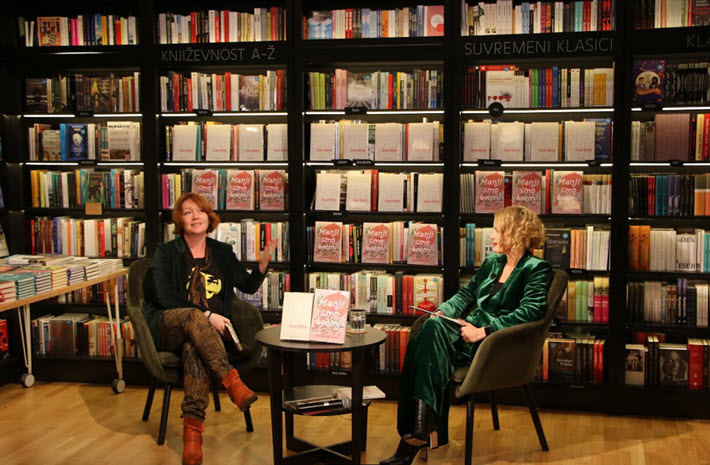 Serdarević: ‘Sellers Who Are Familiar With Their Product’

Zagreb’s Fraktura publishing house is known for its high-quality literature and beautifully designed books, whether by local authors, or authors in translation. Founded in 2002 by an editor and a journalist, the couple Seid and Sibila Serdarević, Fraktura won The Bookseller International Adult Trade Publisher Award in the London Book Fair 2015 International Excellence Awards.

The following year, in an interview with Zrdavco Basarić in Wall Street International Magazine, Seid Serdarević said he believed that in the future, “Proper bookstores and book experts will again be important because bookstores will remain one of the rare places where you can talk with sellers who are familiar with their product.”

The Serdarevićs opened their own shop, also called Fraktura, in July 2020, shortly after the end of the first COVID-19 lockdown in Croatia.

Spread over 100 square meters (1,076 feet), the shop has a ground level and a smaller gallery level where books on art and film studies are located, along with graphic novels and works of Croatian authors translated into English and German. The shop’s literature-themed ceiling was painted by the artist Tomislav Buntak, dean of the Zagreb Academy of Arts. 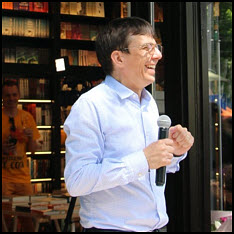 The store’s opening “was the first major public cultural event in Croatia” following the lockdown, Serdarević tells Publishing Perspectives. The store immediately began hosting book-presentation events twice a week, featuring titles not limited to those published by Fraktura. The majority of these events are streamed live professionally in three-camera production.

The Fraktura team had founded Zagreb and Split’s Festival of World Literature, Festival svjetske književnosti, in 2013. In 2020, some of the festival programming was held for the first time in the new store.

Live events with international authors have included appearances by Xavier Cercas, Francesca Melandri, and Etgar Keret participating digitally from their respective cities. At this year’s festival, a group of more than 50 guest writers included Svetlana Alexievich, Manual Vilas, and Philippe Claudel. Again, some of the festival programming was held in the store.

“For us,” Seid Serdarević says, “the opening of the bookshop is of great importance for two reasons. One is to present quality books, and not only ours—books that are not usually discovered first in more commercial bookstores. And secondly to have employees who read the books and can talk about them.

“The bookshop then becomes a place where people can get information and trust their recommendations.”

He says the public generally has a hard time getting information about books because major newspapers have let their critics go. Ten years ago, most papers had weekly cultural supplements. Now only one Croatian paper does.

“People love to talk about books with our booksellers,” Serdarević says. “We’re even selling literary books better than some of the thrillers we publish.” 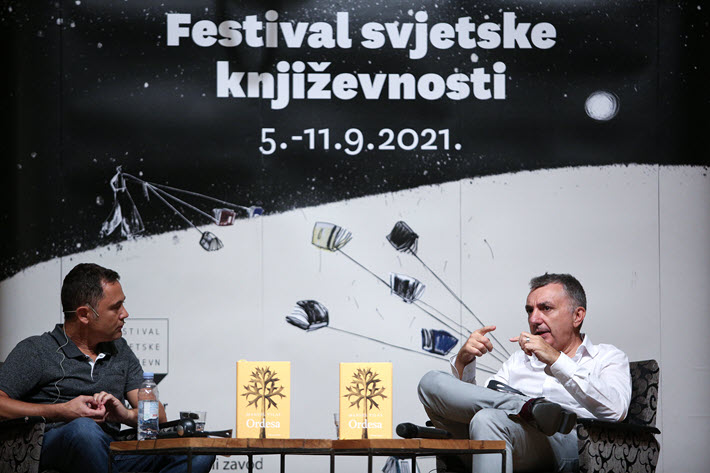 The Fraktura Bookshop staff comprises three booksellers and a manager, Helena Smolčić, who studied ex-Yu (ex-Yugoslavia) literature, Jewish studies, and library science, as well as running a student radio show about literature while she was at university. Of the more than 1,000 books in stock, Smolčić chose to organize fiction alphabetically, and not by country, as is often the case in bookstores. There’s a category for modern fiction from 2017 forward, and a modern classics and classics section. 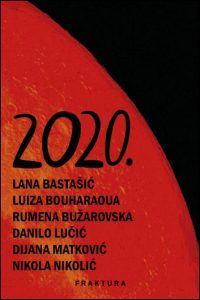 As in many other parts of Europe, books sold well in Croatia during the pandemic, Smolčić says. “Everyone says we don’t read enough, and people don’t buy books,” she says, “but we’ve only been open for a year now and I’m happy because we can call ourselves a bookshop that comes with recommendations. You get the whole experience. We [booksellers] read a lot.”

Currently, she says, her personal favorites include Colum McCann’s Apeirogon and a book in diary form about the year 2020 written by six ex-Yu authors–Luna Bastašić, Luiza Bouharaoua, Rumena Bužarovska, Danilo Lučić, Dijana Matković, and Nikola Nikolić. The entries written in Slovenian and Macedonian were translated into Croatian.

“When they began, they didn’t know there would be a global pandemic, public protests [across the Balkans], and an earthquake in Croatia,” says Smolčić.

Books of Interest for the Holidays

The Christmas season has started in Zagreb and some of Fraktura’s bestsellers in fiction include all of Olga Tokarczuk’s books; all of Sally Rooney’s books; books by Bosnian authors Miljenko Jergović and Josip Mlakić; Croatian author Marina Vujčić’s Stolareva kći; Italian author Antonio Scurati‘s first volume about Mussolini; and French author Leila Slimani’s In the Country of Others. 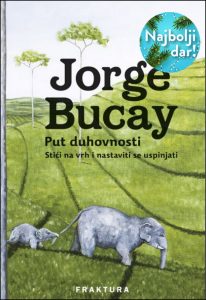 In nonfiction, some of the bestsellers on offer include works by Croatian author Slavenka Drakulić, and Argentinian author Jorge Bucay’s The Path of Spirituality.

A children’s book that Smolčić says she’s especially proud of–it was a bestseller in September–is a text written by Rujana Jeger and Slavenka Drakulić and illustrated by Mirko Ilić called My Place in the Sun. Proceeds from sales of the book go to a charity of the same name, focused on children and parents living in poor socio-economic conditions. 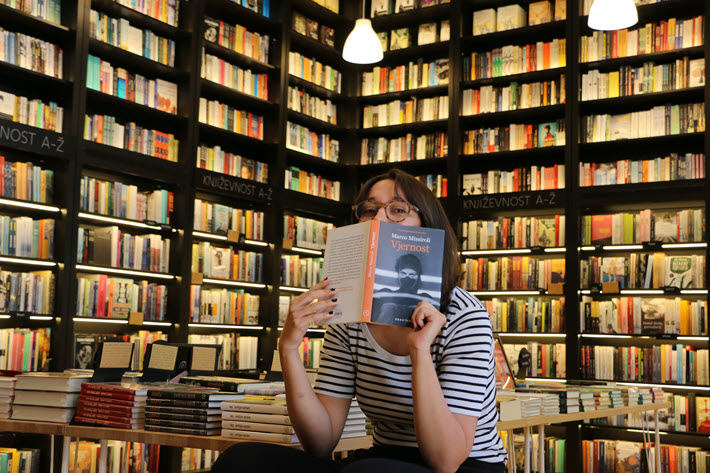 More from Publishing Perspectives on bookselling and bookstores is here, and more on the Croatian market is here.