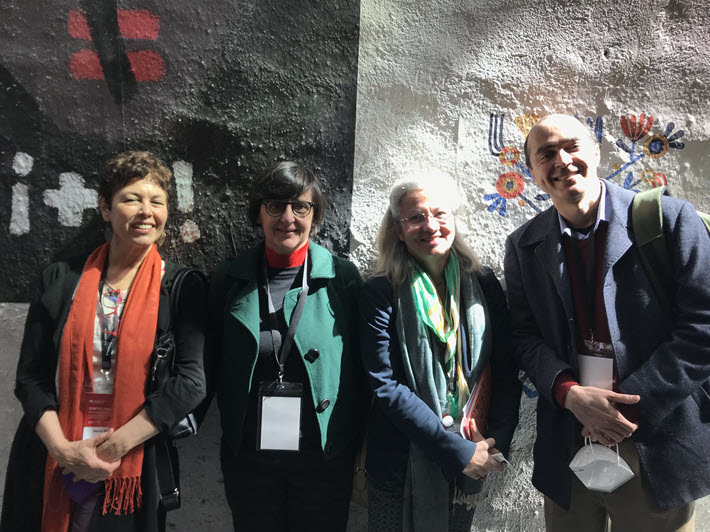 As children’s reading has increased during the COVID-19 pandemic, CONTEC Mexico speakers said themes and issues have broadened.

Publishers, literary agents, authors, and promoters of reading and literary activities discussed children’s publishing during the recent CONTEC Mexico event from Frankfurter Buchmesse. In the program created by Frankfurt’s Marifé Boix Garcia, they agreed that while the still ongoing coronavirus COVID-19 pandemic has led to increased reading among many children and a rise in book sales, the “lockdown era” has also awakened interest in new themes and increased interest in diversity and inclusivity.

Despite the shuttering of bookstores, multiple international markets reported an increase in book sales, both in print and digital formats, and this year’s CONTEC program, titled “Sharing Innovation: A New Generation of Children’s Content,” featured a broad discussion on the repercussions of the heath crisis in the circulation of children’s and YA books–and how publishers have looked to adapt to new tastes and trends among readers.

Magali Homs, a children’s book specialist who directs the reading-themed cultural center Tantàgora in Barcelona, said that kids’ literature in Spain is “in good health, with more and more small publishers specializing in children’s books and an increasing number of children’s reading programs in public libraries.

“Publishers have had to reflect and reformulate their approach,” Homs said, “a shift that would perhaps normally take a decade but has taken place over one year. Children also want to read about real issues, about climate change, about bullying, about racism. And that opens the door to books about more controversial themes. I think we’re now seeing more diversity of themes in children’s and YA literature.”

Homs went on to say that it’s her opinion that because books are fundamentally literature, an art form, they shouldn’t be viewed as “the solution to all of humanity’s problems,” in the form of self-help.

Peretti: ‘A Shift in Taste’

Paula Peretti, director of the Cologne-based Peretti Agency, said that children’s and YA publishing in Germany is healthy.

“We’ve had two years of pandemic,” she said, “which has seriously affected children. But families have rediscovered the power of books. And children’s books, particularly illustrated titles, have increased their sales, although sales of YA books for children over the age of 14 have dropped” in the German market.

“Publishers have seen during the pandemic that there’s been a shift in taste. Readers have been turning to more realistic books, less fantasy,” Peretti said. “And German publishers in particular are concerned with locally relevant themes, such as inclusion, ethnic diversity, racism—themes that may not sell as well in other markets.”

She said that in an attempt to tap into that market, publishers have sought out books that broach issues new to children, themes previously seen as controversial. While she said she welcomes this, she Peretti also warned that publishers’ interest in approaching such themes cannot allow for less quality.

“The quality of the literature is paramount,” she said, regardless of the theme.

María Baranda, a Mexican poet and children’s author, said that in Mexico, kids’ books and YA literature has become stronger in recent years, but that young people’s content is still “young literature” in the Mexican book market, by comparison to its standing in the United States or the United Kingdom.

“We must view children as being intelligent,” Baranda said, “capable of reading stories that are powerful and painful,” rather than always trying to tell them the “happy-ending” stories.

She also pointed to a proliferation of self-help-style books in the children’s publishing market, and that while children’s books are always seen as having to fundamentally educate, they must also entertain, creating fantasies and adventures. 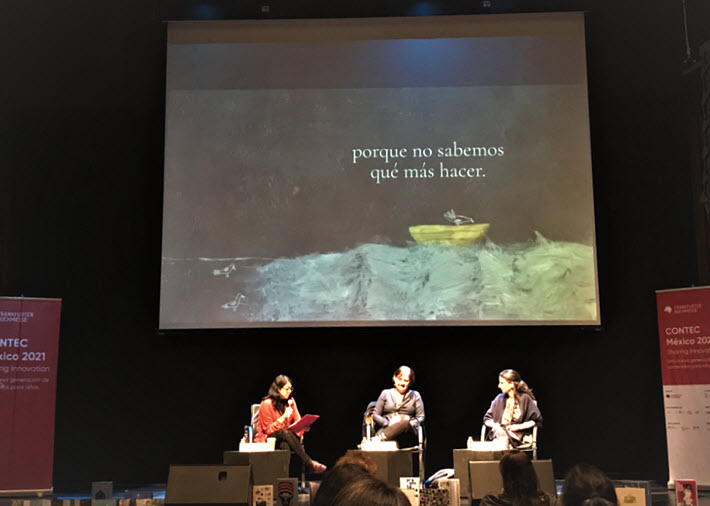 Mariela Nagle, founder of Mundo Azul, an English-language children’s bookstore in Berlin, said there’s been an overproduction of children’s and YA literature in the past couple of years, and that publishers’ main challenge is to ensure that books remain, above all, literature—a medium of artistic expression, not simply teaching tools.

“If we want to create critical readers,” she said, “we have to approach their sensibilities and not always from a merely educational angle.”

Nagle also highlighted an increased demand among young readers for a wider variety of themes. “Diversity and inclusion are global themes,” she said, “but they differ in each country. ‘Diversity’ in Germany, for example, is people of different color or different sexual orientations, and it’s a positive phenomenon that those people are getting representation in children’s books. But those same themes of diversity may not apply in Latin American countries, for instance.”

She also highlighted a need to develop writers from minority communities, and for writers with experience of a phenomenon such as migration to be published, rather than books written by authors with no experience of the issue, or from an academic point of view. “Otherwise, where is the diversity?” she asked.

More from Publishing Perspectives on México is here, more on digital publishing is here, and more on the CONTEC programming from Frankfurter Buchmesse is here.