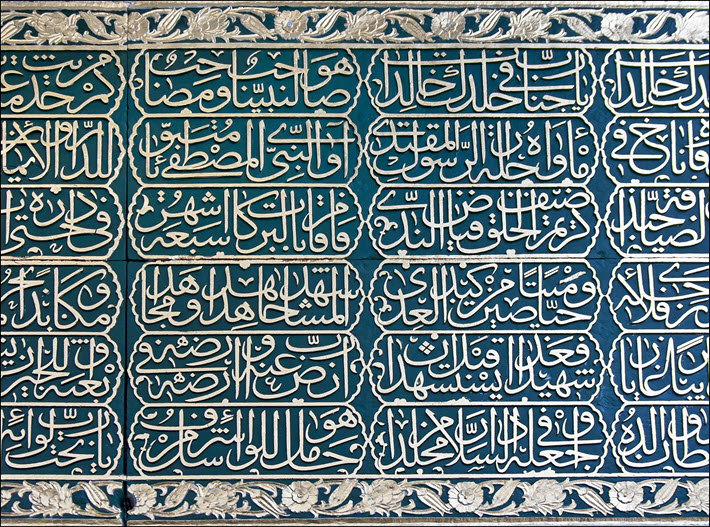 On December 14 to 17, Columbia University and its Institute for Comparative Literature and Society are leading a conference on Arabic literature with the Sheikh Zayed Book Award and Brill Publishing.

Dedicated to the Memory of Jaroslav Stetkevych

Exactly a year ago today, on December 9, 2020, we announced news of a new conference on Arabic literary theoretical frameworks being developed for sessions in Paris and New York City. As it has happened, the still ongoing coronavirus COVID-19 pandemic has put a delay on the Paris element, but the New York components of the program are set to go forward next week, and we have some details for you now. 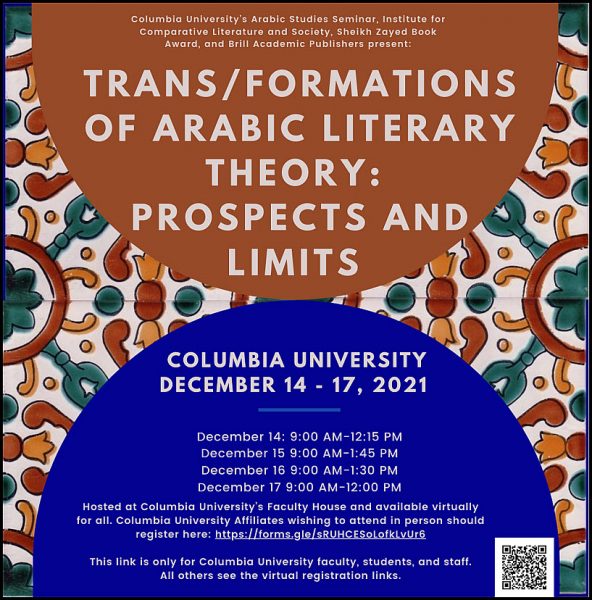 There are said to be a very limited number of seats in physical format in New York City for Columbia University faculty members, students, and staffers, but most of the audience will be seeing the programming digitally.

The program is dedicated to the memory of Jaroslav Stetkevych, who, with his wife, won the Sheikh Zayed Book Award’ Cultural Personality of the Year honor in 2019 for their extraordinary careers in Arabic studies and research. 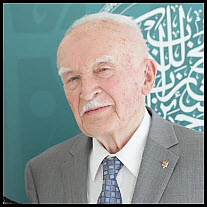 Jaroslav Stetkevych died on June 12 of this  year at Georgetown University Hospital in Washington after what was described as a short illness.

You can revisit our interview with the Stetkevich couple from April 2019 here.

We happily remember Jaroslaw and Suzanne talking over and with each other through the conversation, Jaroslaw saying that this was an indication that the “Cultural Personality of the Year” award–normally conferred on one person–was correct and “pretty close to the reality of it,” because their work was as complementary as their conversation.

Registration for the Conference

If you’re interested in viewing some or all of the sessions, free of charge, do be aware that you’ll need to register for each part of the program individually.

The links we provide in these listings, then are to each day’s page. You’ll want to go to that page and follow the links it offers for registration in each part of the program.

A full event program is available for download here (PDF).

Publishing Perspectives is the media partner of the Sheikh Zayed Book Award.