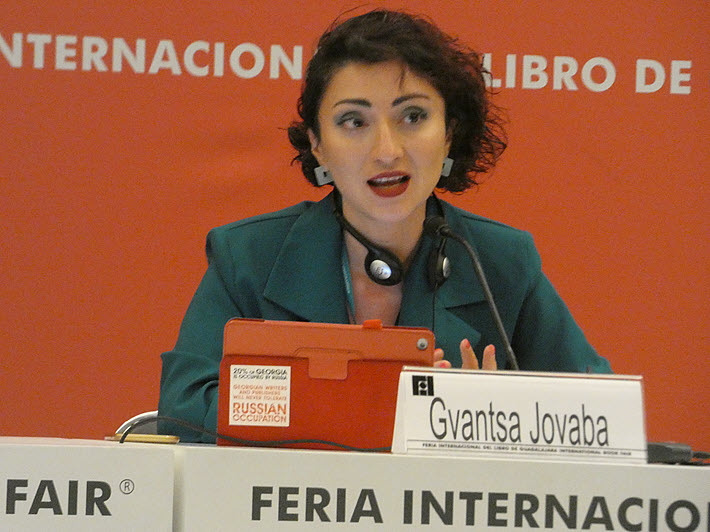 The IPA’s humanitarian award, the Prix Voltaire, is 16 years old and has honored 13 recipients. Now it needs world publishing to rally to support it, financially and in attendance. 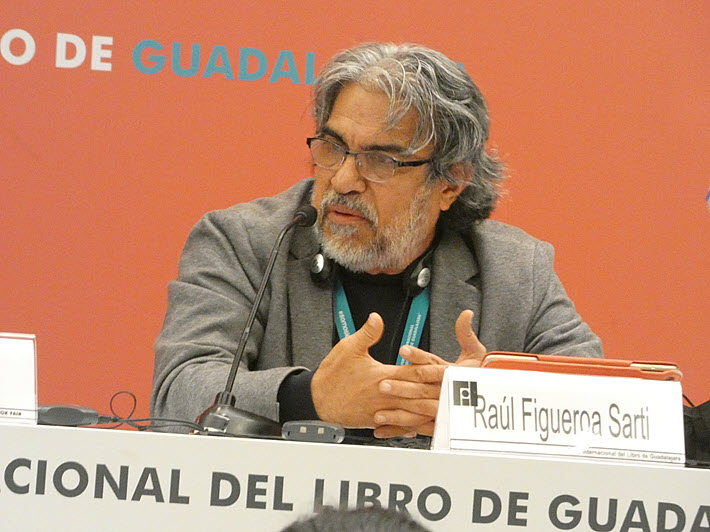 Guatemalan publisher Raúl Figueroa Sarti – honored by the Association of American Publishers with its 2021 Freedom to Publish Award for his work with F&G Editores – speaks at the Guadalajara International Book Fair seminar on the Prix Voltaire, presented by the International Publishers Association, November 30. Image: Publshing Perspectives, Porter Anderson

Commentary: When Neutrality Is Not an Option

As you may know, Publishing Perspectives was in Mexico at the 35th Guadalajara International Book Fair, where the International Publishers Association (IPA) made its formal presentation of the  2021 Prix Voltaire to Rasha Al Ameer. Our report on the ceremony is here.

We return to it today in an opinion piece because several factors came together at Guadalajara this year to move the Prix Voltaire program a step forward. Its mission became clearer—but so did its needs. And these are needs that can be answered readily, by the book business.

What was missing in Guadalajara? The world’s publishers. The leadership of the world publishing community has yet to turn up in true newsmaking force for the Prix Voltaire’s annual presentation.

Granted, travel to Mexico wasn’t easy in this second year of the coronavirus COVID-19 pandemic. But even in its cash award component, the prize has struggled to retain traction, and at a time when an award for valor in the face of authoritarian oppression could hardly be more important.

The award’s events, when not hemmed in by an international medical crisis, should be something that publishers and their emissaries fly in for, wherever it’s held, not something attended primarily by the brass of the IPA and local book fair producers.

And its cash award of 10,000 Swiss francs—it should be 50,000 at a minimum—has been paid for this year entirely by five Nordic publishing houses:

We all owe our gratitude to them. But why are there just five houses in Sweden and Norway generous enough to carry on the work of the international industry? Why shouldn’t each member-association of IPA be investing in the Prix Voltaire? Investing is the right word, not contributing.

Some of this became evident during an afternoon seminar organized at Guadalajara by the IPA as a prelude to the evening’s award ceremony last week. Moderator Mayra Gonzalez—she’s the literary director with Penguin Random House Mexico imprints including Alfaguera, Lumen, and Salamandra—referenced literature as a “last shelter” of freedom of expression.

The Prix Voltaire, in its 16 years, has come of age. In Al Ameer, its 13th laureate, it has at last found a resoundingly articulate beneficiary, one who knows the necessity for “shelter” in a dangerous market.

But in her formidable, elegiac defiance of the murderous corruption behind the February assassination of her brother—publisher Lokman Slim, Dar Al Jadeed‘s co-founder—Rasha Al Ameer defined something else about the award itself. In the isolation of her own grief—and her description in the afternoon seminar of Lebanon as a tiny country being strangled amid bigger, bruising nations—we saw something not easily captured in the past: the isolation of the Prix Voltaire.

Later, a part of the elegance of the evening lay in that isolation. And few of us there could have left without understanding that this award’s isolation has to end. There’s a time to take sides, as Jorge Ramos insisted in his keynote address, “The Dangers of Being Neutral.” For publishers, that time has arrived.

Raúl Figueroa Sarti: ‘Writers Who Speak About the Truth’ 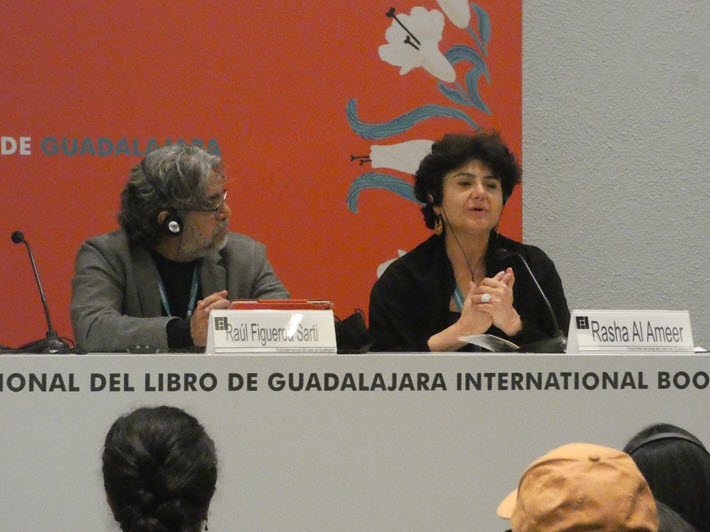 One of the most striking moments of the afternoon seminar that IPA prepared for the Guadalajara audience came when the Guatemalan publisher Raúl Figueroa Sarti looked at the packed audience and said about the Prix Voltaire, “I never knew anybody was doing something like this. I didn’t know it could be done.”

He’s not only one of the shortlisted publishers for Prix Voltaire, himself, but also the winner of the Association of American Publishers’ 2021 International Freedom to Publish Award, just announced on November 17. And yet he’d been unaware of the Prix Voltaire.

Figueroa had cinched the problem: Even those honored by this important program aren’t always familiar with it until the call comes. He went on to talk about “writers who speak about the truth,” and how in Guatemala’s complex, evolving political landscape, this is the imperative for his F&G Editores and other presses. There are efforts being made in Guatemala City to control what book fairs can display as well as threats being made to publishers, he said.

But one reason he and others haven’t been aware of the Prix Voltaire is that world publishing has rarely convened in force on its behalf except when the ceremony has occurred, as it did in New Delhi in 2018, during one of the IPA’s World Congress events, when the world body’s attendance was guaranteed. That year, the award went to Gui Minhai, the Swedish national publisher still held in detention by Beijing, having been sentenced in February 2020 to 10 years in prison for “illegally providing intelligence overseas.”

An interesting pattern has surfaced, too, in which courageous women step up to carry on the work of men attacked by the regimes in which they publish.

Gui’s daughter Angela accepted the award for her missing father in 2018. In the same year, Razia Rahman Joly accepted a special Voltaire award as the widow of Faisal Arefin Dipan, who was hacked to death, allegedly by religious extremists, in the offices of his press in Bangladesh. It’s believed that almost 50 people were killed in Bangladesh in such unthinkable incidents between 2013 and 2016 before the government moved in to put a stop to them.

And then this year, we’re meeting another woman carrying on the work she’d shared with her brother. Rasha Al Ameer is continuing the work of the publishing house she co-founded with Lokman Slim.

Gvantsa Jobava: ‘In a Moment’

The Prix Voltaire’s events are occasions on which the world business of books has a chance to demonstrate the humanitarian imperative of its mission.

Juergen Boos, president and CEO of Frankfurter Buchmesse, made the trip to Guadalajara to represent the support of the world’s largest publishing trade show. But for the most part, it has been left to the small Geneva-based staff of the IPA to represent a whole world of publishers who are, presumably, too busy to stop once a year and engage in their own effort in humane protection of free expression, which is indispensable to their own industry.

Gvantsa Jobava, as Publishing Perspectives readers know, is the deputy chair of the Georgian Publishers and Booksellers Association and an executive committee member of the IPA.

And while there may be Prix Voltaire laureates as eloquent as Al Ameer, we have little chance of hearing from them. That “moment” has happened to them.

Khaled Lotfy, the 2019 laureate, remains imprisoned in Cairo despite the IPA’s repeated calls for his release.

The same goes for Raif Badawi, arrested in 2012 by Riyadh for “insulting Islam through electronic channels” as a writer. Activists are unsure in which Saudi prison Badawi’s incarcerated but it’s thought to be the Dhahban Central Prison. Ensaf Haidar Mohammed, Badawi’s wife, accepted the Voltaire for him in 2016.

As Gayle Manchin and Nadine Maenza wrote for Time in April, it’s been hoped that the Biden administration’s recalibration of the US-Saudi relationship will “react forcefully to the ongoing persecution of Badawi and other religious dissidents in Saudi Arabia, including applying the new Khashoggi visa bans where applicable.” 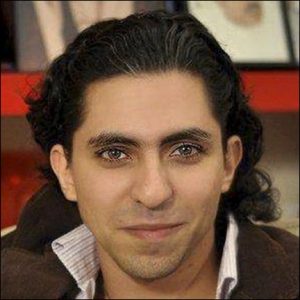 The IPA and sister humanitarian agencies continue to call for the release of Pham Doan Trang of the 2020 Prix Voltaire honoree, Vietnam’s Liberal Publishing House.

No news has surfaced after October reports that Ho Chi Minh City had set a date for a trial.

The IPA has created a video that names all 13 of the Prix Voltaire laureates. We’ll embed it for you below. Notice what big hearts are in those faces, those smiles of hope, and sad eyes. 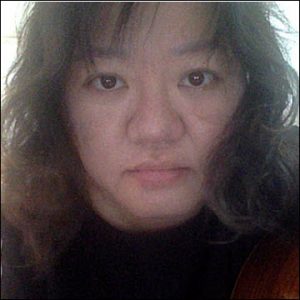 The Prix Voltaire and its chief, Freedom to Publish chair Kristenn Einarsson, are not not messing around. Publishers really are being killed. They’re actually being jailed for years by regimes, ignoring the IPA’s and other humanitarian organizations’ demands for their freedom.

That’s why the world publishing industry needs to get to the ceremony each year and stand with these people whose agonies go way beyond any supply-chain concerns for the holidays or big-retail competition with the high street. These are publishing people working to stay alive. Some have lost that battle.

Jorge Ramos: ‘Not a Job For Those Who Want To Be Neutral’ 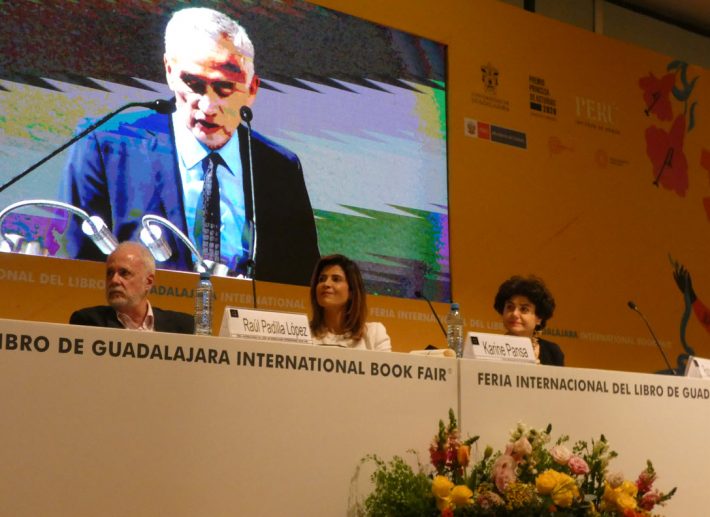 If Rasha Al Ameer touched the hearts and minds of the audience with her courage, the Univision news anchor Jorge Ramos, himself a refugee from the dictatorial Mexico of the 1980s, put everyone in the Juan Rulfo Auditorium in touch with her and his anger.

“When it comes to racism, discrimination, corruption, public lies, the violation of human rights, and dictatorships, we have to take a stand. With journalists as with publishers and editors, it is the same thing.”Jorge Ramos

In his keynote, a tour-de-force of live delivery, he started by looking at recent book bannings in the United States and ended by calling out the murders of journalists in Mexico and elsewhere in the world. Like many publishers who have felt pressure from their own staffers in recent years to respond more forcefully to their markets’ political contexts, the world of journalism, Ramos explained, has been debating its old doctrines of “balanced” coverage, realizing that “equal time for both sides” of a story frequently today is simply not the right approach.

“When it comes to racism, discrimination, corruption, public lies, the violation of human rights, and dictatorships,” Ramos said, “we have to take a stand. With journalists as with publishers and editors, it is the same thing. If we have to decide between being a friend or an enemy of the powerful, it is always better to put a distance. Because, at the end, we have to publish what they want to hide.

“Our job as journalists and publishers,” he said, “is to fight censorship every step of the way, even at the risk of getting burned. This is not a job for those who want to be neutral.”

The IPA’s Prix Voltaire program offers publishers everywhere a chance to participate. It’s about victims of unspeakable censorship in a world in which autocracy and absolutism threaten the freedom to publish. The award is as much about those giving it as it is about those getting it.

Those behind the award—the people of the world’s professional publishing community—have every reason now to step up and demonstrate their solidarity for the Prix Voltaire and for its laureates, particularly now when Al Ameer is so eloquent a recipient of the honor. It’s time to show up.

If you’d like to look into becoming involved with the work of the Prix Voltaire, drop a note to prix-voltaire@internationalpublishers.org .