Now nominated for a Nobel, the author of ‘Preventing the Next Pandemic’ releases a new COVID-19 ‘vaccine for the world’ – which may also help slow down new variants. 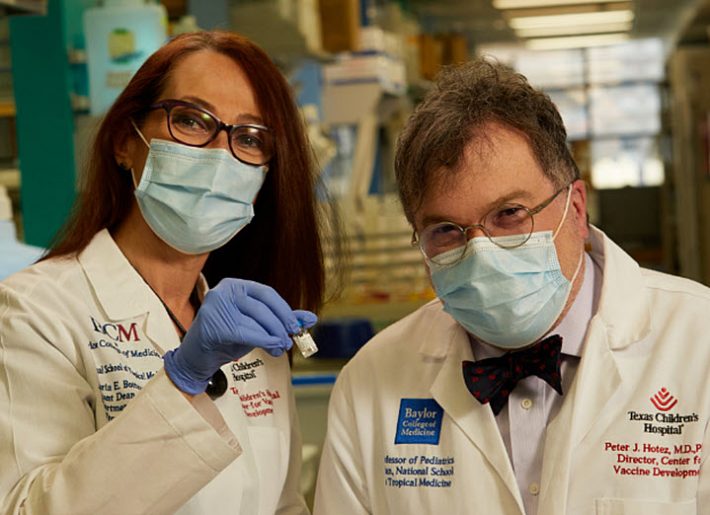 Update, February 2: Our congratulations to Peter J. Hotez and his research partner Maria Elena Bottazzi on being nominated for the 2022 Nobel Peach Prize by United States Rep. Lizzie Fletcher for their work in developing the Corbevax COVID-19 vaccine.

As Fletcher has written to the nominating committee in Norway, Hotez and Bottazzi have worked “for fraternity between nations and people,” a key value “that the Nobel Peace Prize embodies and celebrates. Dr. Hotez and Dr. Bottazzi’s effort to develop the Corbevax vaccine is truly one of international cooperation and partnership to bring health, security, and peace around the world by creating a COVID-19 vaccine and making it available and accessible to all,” Fletcher has written to Oslo.

And since this article was published, the Corbevax vaccine has been licensed for production not only to Biological E in India but also to BioFarma in Indonesia; Incepta in Bangladesh; and ImmunityBio in Botswana. – PA

We have a follow-up here to our story in early March, when Publishing Perspectives spoke to Peter J. Hotez, MD, PhD, on the release of his fourth book, Preventing the Next Pandemic: Vaccine Diplomacy in a Time of Anti-Science (Johns Hopkins University Press, March 2).

Hotez and Baylor College of Medicine on Tuesday (December 28) announced that India’s drug regulation authorities have issued an EUA (emergency use authorization) for the patent-free “Corbevax” vaccine that he has developed at Baylor’s Texas Children’s Hospital and its Center for Vaccine Development. 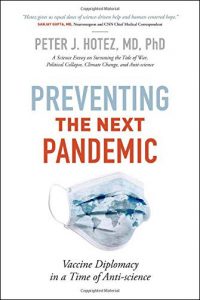 And if the importance of this development isn’t immediately clear to you, just say “delta” or “omicron” to someone holding a syringe. Hotez told news anchor John Avlon in an interview today on CNN New Day, “Our small research institute will match or exceed the entire United States government commitment to global vaccine equity and that of any of the other G-7 countries.”

The reason that Hotez and his research partner Maria Elena Bottazzi, and their team consider “vaccinating the world” the most important medical-science response to the coronavirus COVID-19 pandemic is that the mutations, those variants battering the world, occur most readily in the comparatively unvaccinated Global South–and quickly move to the rest of the world.

Marc Santora is reporting from London for The New York Times, “Like the United States, which recorded a new high in daily cases on Tuesday, European nations are struggling against an onslaught of infections from a virus that shows no sign of going away. Driven, health officials suspect, by the omicron variant, Britain, Denmark, France, Greece, Italy and Spain all set records for new daily case counts this week.” Clearly, it’s not only an ethical imperative but also a practical reality that “focusing on the world’s lower- and middle-income populations is the logical move—and a starkly urgent need. 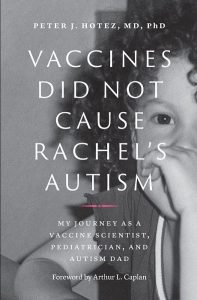 “The fact is,” Hotez said to Publishing Perspectives in March, “that no new [mRNA technology] vaccines can be made on the African continent or in the Middle East. There’s barely anything in Latin America. And so we end up with this dependence on the multinational [pharma corporations], which are always going to prioritize North America and Europe.”

On CNN International’s Connect the World today, Hotez has told Eleni Giokos, “There was never the situational awareness to realize that we need 9 billion doses for the Southern Hemisphere, for South Asia, for sub-Saharan Africa. All of the attention was on speed and innovation and vaccinating the Global North without any due consideration for the world.

“And now we’re paying the price for that” in the arrival of variants the ferocity of which are shuttering some of the world’s biggest and most famous New Year celebrations. In Sydney, for examples, Australians are trying to go ahead with their signal event but would-be celebrants are being told not to travel into the city “unless you have a ‘vantage point’ ticket or reservation at a venue.’ Scrolling down the guide page reveals  more about vaccinations, masks, and more. “Some things will be different,” the text reads.

And in many if not most parts of the world, the resilience of beleaguered health-care systems, a mounting clamor for sparsely available testing, and soaring case numbers are being reported hourly, the omicron and delta variants converging on depleted medical staffs and exhausted civilian populations.

“Widespread and global vaccination with our Texas Children’s-Baylor-BE vaccine,” Hotez says in the program’s announcement, “would also forestall the emergence of new variants. We’ve previously missed that opportunity for the alpha and delta variant.

Hotez: To ‘Forestall the Emergence of New Variants’

Corbevax is being licensed by the Baylor program without patent. A traditional recombinant protein vaccine—using DNA from the virus in manufacturing cells, not unlike the protocol for the hepatitis B vaccine—Corbevax is designed to be produced locally in emerging nations, with Houston’s support and assistance. In that sense, Hotez stresses, the program is not only making the vaccine available but “building capacity” with the training and expertise its in-country partners like Biological E in India might need. 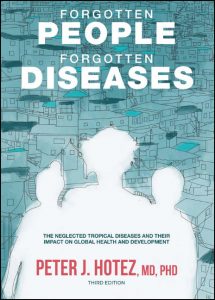 But remarkably, this new vaccine has been developed without the government subsidy and investment enjoyed by the new major mRNA vaccines, which require technology not readily available in many parts of the world.

Corbevax at this point has no US partner and thus is not being put forward to the Food and Drug Administration for possible use in the country in which it was developed. Baylor’s program funds its operations through its BCM Ventures division which puts together commercial partnerships to leverage its science. Hotez talks of how difficult it has been at times to get the needed funding for this development–which has the potential to save an untold number of lives, both in emerging nations and in the rest of the world, so vulnerable to viral variants.

Currently, Bottazzi tells Giokos, Corbevax shows 90-percent efficacy in its antibody production for the original “ancestral Wuhan” coronavirus strain and 80-percent efficacy for the delta variant on symptomatic infection. Persistence of immune response appears to be good out to six months, Baylor reports. Testing is underway to determine Corbevax’s level of efficacy relative to the omicron variant, the Houston working with the frequently used “pseudo-virus” technology to evaluate efficacy levels against the variant. Results are anticipated, Bottazzi says, in within weeks.

Swati Bharadwaj at The Times of India in June reported that Corbevax may cost as little as 110 rupees (US$1.48) for two doses, while normally one of the multinational pharmaceutical companies’ primary mRNA vaccine doses can be expected to cost between US$20 and #25 per single dose. 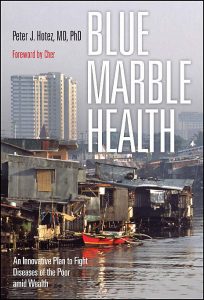 Hotez says that Corbevax has also been in talks for licensing to Indonesia, Bangladesh, and Botswana. Bottazzi says that pediatric studies are nearing completion for use of Corbevax in youngsters 5 and older. Currently, the authorization is for inoculations of people 18 and older.

Now one of the best-known of public health experts in the United States—not least because of his all-hours COVID-19 advisory appearances on major news networks—Hotez is a local hero this week in Houston, congratulations on the Indian EUA pouring in. He’d already had a sandwich named for him by Houston’s Antone’s Famous Po’ Boys. The Dr. Hotez One World banh mi—created in recognition of his work as dean of Baylor’s National School of Tropical Medicine—was introduced to help raise money for the Center for Vaccine Development.

Hotez is the author of four books.

In addition to this year’s Preventing the Next Pandemic, he has published:

The Baylor program has produced a promotional video in which Hotez and Bottazzi talk about their Corbevax vaccine development: